The first practicing Black architect in Texas, an avid publisher, and son in-law of Booker T. Washington served as an inspiration for those in the Black community.
By Maria Hieber | January 4, 2021|3:00 pm

William Sidney Pittman was born in Montgomery, Alabama, in 1875 to a former slave laundress and an unknown Anglo father.

He first attended Tuskegee Institute, where he would later come back to apply his architectural knowledge by designing the campus’ buildings and overseeing campus-wide construction. Booker T. Washington, the institute’s principal, and his future father-in-law, then arranged for Pittman to continue his education at Drexel. 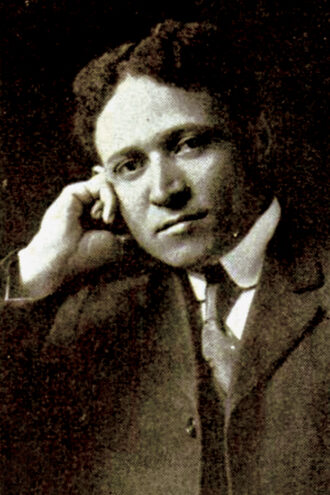 Pittman was the first African American to graduate from what was at the time the Drexel Institute of Art, Science, and Industry, where he completed programs in woodwork and architectural-mechanical drawing. However, Pittman’s legacy did not stop there.

After finishing his projects at Tuskegee, which included Rockefeller Hall and Carnegie Library, Pittman established his own private architectural practice in Washington D.C. A year later, in 1906, he was commissioned to design and construct documents for the Negro Building at the Jamestown Exposition for the world’s fair – making him the first African American to receive a federal contract.

This project generated great interest in his work and brought him several commissions throughout D.C., including the first historically Black YMCA, and resulted in his recognition as one the most accomplished Black architects in America. Pittman would go on to complete 50 projects across the country.

Following his marriage to Portia Washington Pittman took his family and talent to Dallas, becoming the first practicing Black architect in Texas. There Pittman took on a greater variety of projects, including civic structures, manufacturing plants, buildings for higher education, and fraternal buildings in Dallas, Fort Worth, Houston, San Antonio, Waco, and Waxahachie.

While many of his buildings in Texas have since been demolished, the Pythian Temple, which served as a social and professional meeting place and was completely financed by Black Dallasites and built by the Black-owned Walton Construction Company, still stands. The building itself serves as a monument for other African Americans.

Not only was Pittman an exemplary architect, but he also held several leadership positions, including serving as the president of the Heights Citizens Committee and of the Brotherhood of Negro Building Mechanics in Texas, which he organized in 1923. Pittman used this organization to promote the idea that Black labor and businesses should be used to advance the race.

Also, Pittman pursued a career in writing and publishing as he served as the editor for the Heights Citizens Committee Herald. And in 1928, after the ending of his architectural endeavors, he published a weekly newspaper, The Brotherhood Eyes. This paper was tabloid-esque in nature and served as an outlet for his criticisms of the Black community – particularly the hypocrisy of middle-class Blacks supporting white businesses instead of Black ones. It also gave members of the community, or the “eyes,” to expose community leaders’ wrongdoings.

In 1937 Pittman was found guilty of sending obscene literature, his newspaper, through the United States mail and sentenced to five years in Leavenworth Penitentiary –  he was released after two years after Portia appealed to President Franklin D. Roosevelt. However, his marriage did not last, and when he died in 1958, Pittman was divorced and penniless.

Despite his unfortunate end, Pittman was a pioneer for Black architects and greatly contributed to both the cities of D.C. and Dallas and the country to advocate for civil rights for African Americans.