Clydesdales gained their fame after Budweiser used them to deliver a case of beer to the White House to mark Prohibition’s end. The massive horses, originating in the 1700s, transitioned from warhorses to commercial transportation to riding horses. But for Robert Earley, they represent something much more: a passion. “They are iconic,” Earley says. “I … love them because they are so docile.”

Earley, president and CEO of JPS Health Network in Fort Worth, likes to start and end his day with his companions. It serves as a calming mechanism for his high-pressure work environment, he says. “I get up every morning before I put on my suit and tie and feed the horses. I reverse that pattern at night,” he says. “At JPS, it’s a challenging place. We have great joy and heartache. As anyone in the hospital knows, it’s tough. You deal with life and death, and you can have a stressful day. I like to go home, take my suit off, put on a pair of jeans and an old T-shirt, and feed my horses.”

Earley was 9 years old when he fell in love with the Scottish breed. “My aunt took me to a parade and the Budweiser hitch was there, and I heard them before I could see them,” he remembers. “I said, ‘Oh my god, what is that? What is that sound?’” He ran up to the front and saw the Clydesdales. “I told myself one day I would own one,” he says. “It took me years to do it, but I did it. Actually, it took me 37 [years], but who’s counting?”

“As anyone in the hospital knows, it’s tough… I like to go home… put on a pair of jeans and an old T-shirt, and feed my horses.”

Now at age 58, he cares for seven horses, five of which are Clydesdales, on his family land in southern Erath County in central Texas. “I was told by my wife, ‘You can’t have that many.  If you get more than four, I’m going to ask you to be on a [recovery] program,’” he jokes.

His horses aren’t just his companions, “they have become a part of our family, and we enjoy them very much,” he says.

Earley takes his Clydesdales to Indiana, Iowa, and Canada to compete in pulling wagons. “You try really hard to make horses go the right direction,” he says. “It’s medicinal and therapeutic.” One of his Clydesdales, Hamish, has a bigger heart than he has talent, he says. “When we took him to Canada, we were the first eliminated. I was walking him back to the stall when this 9-year-old girl with Down Syndrome touched Hamish, and she began to laugh.”

These massive horses have a distinct look that sets them apart from any other breed. 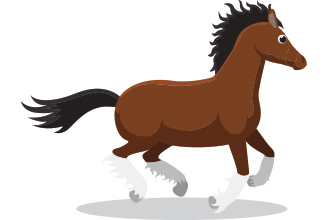 Although the pair lost the competition, he told his wife they won. “Let me tell you how I won. In reality, Hamish isn’t going to compete, but he’ll go out and meet kids and others with challenges in life and make them feel better,” he says. “In life, you always need to look for silver linings.”

That’s when they found Arlington’s Green Oaks School, which educates people with Down Syndrome. “Hamish would go to Green Oaks … and everybody gets to touch him and pet him,” Earley says. “He loves it, and they love it.” Hamish is not just a children’s favorite but also a celebrity. “Hamish did a commercial at Tarrant County College. Not often do you see a 2,000-pound horse walking on the tennis courts of Tarrant County. Students were running up to him to take selfies,” he says. “I’m such a nonentity when I’m with him.”

Earley’s five Clydesdales are a bit of an anomaly in Texas. It can be quite challenging to raise them here. “They love the cold weather,” he says. “When it gets hot, they’re not happy.” It’s tough tending to animals that are twice the size of average-sized horses, especially since Clydesdales often aren’t fully aware of their immensity. “Fencing them is a challenge,” he says. “They are so calm, but they are so big, they will lean on a fence and knock it down. I have been stepped on by their hooves. It’s painful for a minute, but you hope it doesn’t happen again.”

But for Earley, spending time with his “friends” gives him greater joy than any mishap. They add years to his life, he says. “People ask me all the time, ‘Why do you raise Clydesdales?’” he says. “When you are competing, it’s a joy. When you see the sweet kids, it’s unbelievable. When you get a 9-year-old kid to touch it, it makes your world. I’m a lucky guy, and I know it.”