Whether it’s four-star or farm-to-table, there’s no denying that Dallas’ rich restaurant scene is as important to our economy as semiconductors or the oil and gas industry. Larger-than-life chefs do little to dispel that notion, which makes it easy to forget that behind every great menu there’s a great restaurateur taking risks and making deals.

The following three local restaurant owners—all of them businessmen-, not chefs, by trade—are the epitome of Texas-size risk-taking and deal-making. And even though their menus are as different as they come—Neapolitan pizza, regional Mexican, and chef-inspired bar and grill—their winning formulas are similar: Hire people who specialize in the skills you lack. Develop systems that allow for emotionless decision-making. And never, ever underestimate the value of a supportive spouse. 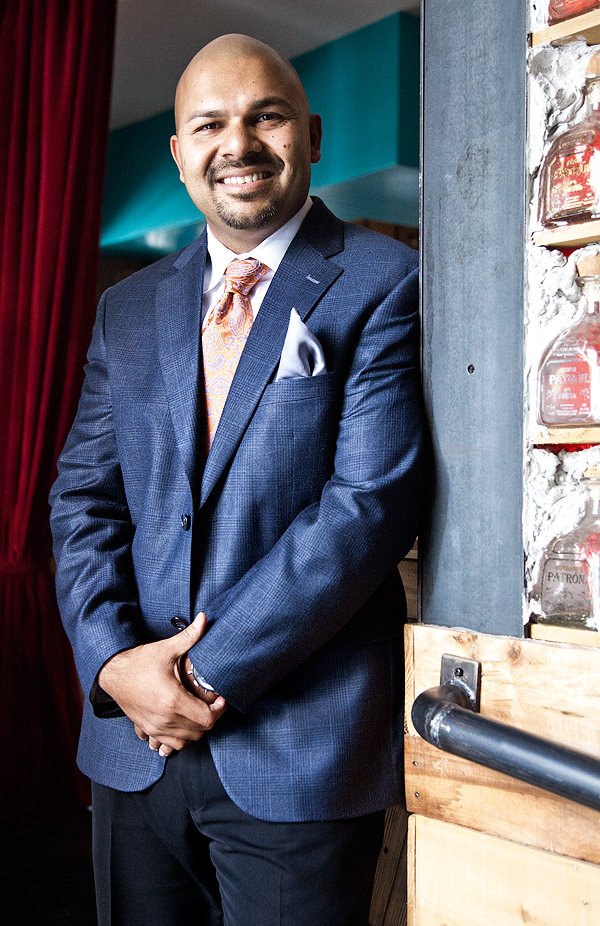 Twelve years ago, then-26-year-old bangladeshi entrepreneur Mike Hoque—along with partners Rickey Khan and the late Talal Mumith—made a name for himself as part of the driving force behind ALT Worldwide Chauffeured Services. The team saw themselves as “solutions experts” providing day-to-day corporate service, sports team event management, even private aviation. Business was robust, with Hoque’s brother and wife joining in the operations as the years went by.

So three-and-a-half years ago, when Hoque abruptly changed course and reinvented himself as a Johnny-come-lately restaurateur, it would have been reasonable to doubt his chances for success. After all, his background was in gears, not grills. Not to mention: Restaurants are notoriously risky. Trading the transportation business’s concrete timetables for unpredictable produce suppliers and temperamental chefs would require a steep learning curve and the good graces of lady luck.

Starting out ambitiously, with $300,000 from a family inheritance, Hoque opened Go Fish Ocean Club next to the Galleria in North Dallas in 2005 and brought on exuberant Top Chef darling, chef Tiffany Derry, to helm the kitchen. For two years, Derry’s reputation swelled and critics responded favorably.

Around the same time, Hoque’s attention was drawn to downtown Dallas, specifically the long-dormant, formerly blighted east end of Main Street. “In 2007 when we came downtown, it was like a ghost town,” he says. “But we loved it right away.”

If the next round of ventures were to be successful, however, Hoque had to learn how to successfully work with chefs. “They have a different mentality. They’re artists; they create,” he says. “When things don’t go their way, they don’t take it right. I don’t blame them. But we have to make money so that we can provide them with the canvas.”

As his first downtown venture, Dallas Fish Market, thrived, Hoque had the idea to expand from surf to turf. A real estate opportunity came open about a block away—a 5,700-square-foot space on the ground floor of the Comerica Building. Hoque leapt, and Dallas Chop House was born.

“When I signed the lease, no one was thinking to open a steakhouse in downtown,” he says. “We did 18 months of research all over the country. I didn’t want to copy the other Dallas steakhouses. At the time, everything looked like Del Frisco’s. The décor looked alike; the menu looked alike. We didn’t want to take that approach.”

His team looked to Chicago, New York, and Los Angeles, tracking trends and figuring out how to translate them to the Dallas market. “We wanted to be innovative and create something new.” Sure enough, Hoque’s approach differentiated Dallas Chop House almost immediately. “Right away we got great reviews,” he says, “and our numbers have never gone down even in this challenging economy.”

The trend repeated when Hoque announced his plan to open yet another restaurant downtown—this time, however, he reached into the Mexican hat. “At the time, there were already two other Mexican restaurants just one block from us. But it was the same thing; I didn’t want to do just Mexican,” he says. “I wanted to fill that regional Mexican gap. Until Tristan [Simon] opened Alma, there was no other regional Mexican around. All the menus looked exactly alike.”

So, again, Hoque looked elsewhere, booking flights around the country to find a business model and style that Dallas hadn’t seen yet—something straddling the line between Javier’s and Mi Cocina. The result was Wild Salsa.

“Business has been good from day one,” he says. “Now people don’t have to go underground to find a good restaurant.” 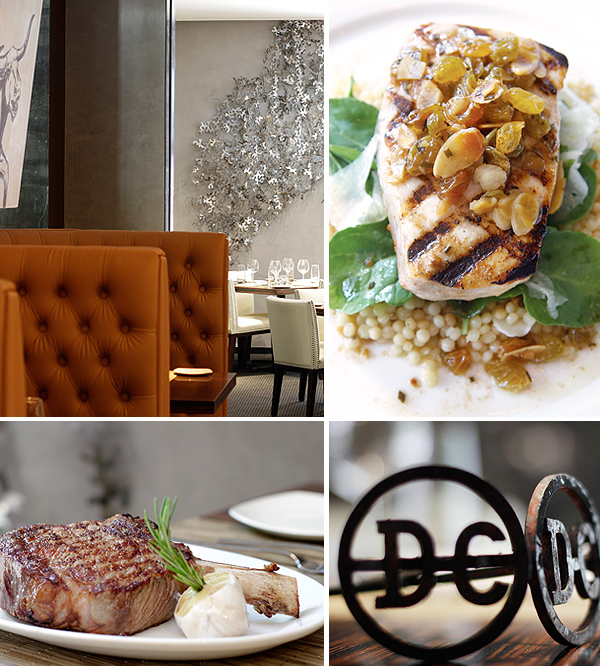 “In those early restaurants, I made the mistake of investing money without a business plan and a clear vision,” Hoque explains. “I had a lack of experience in picking locations, and I trusted people instead of studying them.”

The closure drew criticism from the North Texas foodie community. But it allowed Hoque to concentrate his attention on his downtown projects and get Wild Salsa ready for its debut.

Chef Kelly Hightower, whom Hoque brought in during development, played no small part in the run-up to opening day. “I’m a hands-on guy,” Hoque says, “but I try to surround myself with smarter people than me. When we were doing our research, we had 10 or 12 local chefs cook for us. We fell in love with Kelly’s food. He had the same dream that we did.”

Part of that dream was to open a restaurant that banks on freshness—the kitchen doesn’t even have a deep freezer—and buys ingredients as close to home as possible. Hoque and Hightower bring in Caprino Royale goat cheese and purebred, Nubian, goat milk cajeta, and organic tomatoes from Waco; lettuces, herbs, and microgreens from Dallas dirt-master Tom Spicer; farm-raised redfish from Palacios; tortillas from Rudy’s; and organic chicken from Fran’s Fryers in Milford.

His best advice to non-chefs with restaurant dreams: “Take the time to learn before you invest your money. Money can fix the front, but if you don’t have knowledge and experience, you will fail. I got some of my best advice and inspiration from Danny Meyer’s book, Setting the Table. He took a part of Manhattan where no one wants to go, and now he’s all over Manhattan.

“Now a lot of people say I’m the Danny Meyer of Dallas,” Hoque says. “A couple years ago, downtown Dallas was a lot of empty buildings. Now people send me notes saying how our company changed the footprint of downtown. They’re selling buildings around us. The restaurant helped me, and now it’s helping downtown.” 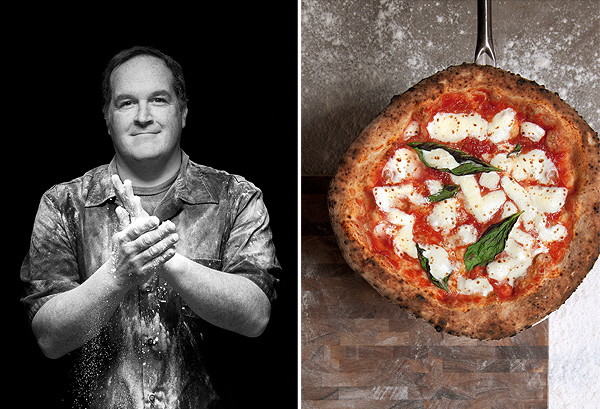 ‘It’s a young man’s game,” says Jay Jerrier, owner of the cultishly popular Cane Rosso Neapolitan pizza den, a modest brick-and-steel hangout tucked under the expressway on the downtown edge of Deep Ellum. “I should have started this when I was 25, not 42.”

We beg to differ. Seventeen years is indeed a long time, but in Jerrier’s case, those years were the means that justified the end—the obstacle course that transformed Jerrier from a hobbyist with a dream to a canny culinary analyst armed with a spreadsheet, a picky Neapolitan certification, and some pretty awesome pie.

For seven years straight out of college, Jerrier cut his teeth in the corporate culture of GE Capital, an experience that ground the philosophy of, “What gets measured gets managed,” into his cellular anatomy. It was there that he learned to isolate the metrics of a project and that, whether it’s regulated utilities or roasted grape tomatoes, at the end of the day it all comes down to performance indicators and units measured.

Through Jerrier’s 17 years with Fortune 500 companies, he became a master of development and acquisitions, traveling the country assembling big, fun, $250 million-dollar deals. He loved the thrill of the chase, winning the contract, putting it all together. But then the economy started tanking, and the deals grew more scarce.

“I had a good couple years at Texas Outsourcing, but then came the vortex, the never-ending parade of upper management,” he says. “I think I had eight bosses in those last few years. It was just a matter of time before someone took me out back and shot me. Luckily my wife had a good corporate job with good benefits, which allowed me to go off and be insane.”

In Jerrier’s case, being insane meant constructing a mobile, Neapolitan pizza oven in his backyard based on the ones he and his wife fell in love with on their Italian honeymoon years before. In his off-hours, Jerrier ordered a certified oven from overseas, constructed a mobile rig, got certified by the stringent Associazione Verace Pizza Napoletana, and eventually tested out his new mobile pizza oven around town. For his initial investment of $30,000 he became a regular weekly fixture at Green Spot near White Rock Lake, Times Ten Cellars in Lakewood, and Veritas on Henderson, earning a rabid following one night at a time, one pie at a time.

Sure enough, in October of 2009, around the same time his mobile pizza enterprise started heating up—it would soon be grossing $10,000 to $12,000 a month—the higher-ups at Texas Outsourcing offered him an out. Instead of despairing, Jerrier took the severance as a sign and accelerated his search for a brick-and-mortar space.

“One day, when we had the mobile oven out at Times Ten Cellars, these guys sought me out,” he says. “They’d had my pizzas, and they had a building in Deep Ellum they wanted me to consider going into. Like everyone else from North Dallas, I thought it was Escape From New York down there with gangs and killings. But then I saw the space, and I got it.”