In a report last summer, the nonprofit Stop AAPI Hate catalogued self-reported incidents of anti-Asian American hate in Texas. Asian Americans across the state told the nonprofit about their firsthand experiences with verbal and sometimes physical harassment. One respondent described being told to “go back to your own country” while out shopping. Others said they were blamed for the coronavirus and subjected to slurs and hateful statements by strangers in public places.

Incidents like these are part of what researchers have identified as a surge in anti-Asian hate crimes and hateful speech aimed at Asian Americans during the COVID-19 pandemic. Since March of last year, Stop AAPI Hate has tracked more than 100 reported anti-Asian incidents in Texas. The nonprofit says that anti-Asian hate crimes increased nationally by almost 150 percent last year compared to 2019. Following recent high-profile attacks, including the killing last week of six women of Asian descent and two other people at Atlanta-area spas, community leaders in North Texas have again demanded an end to anti-Asian discrimination.

At a rally in Dealey Plaza on Saturday, advocates denounced the attacks. With the Texas Legislature in session, state Rep. Angie Button—whose district includes parts of Dallas, Garland, and Richardson—is among the lawmakers sponsoring a resolution condemning racism against Asian Americans. And at a news conference today, Asian American leaders from across the state called on Gov. Greg Abbott to establish a commission dedicated to preventing hate crimes. They also asked state and local law enforcement to work closely with Asian American and Pacific Islander community organizations, and encouraged the development of a public awareness campaign fighting discrimination connected to the pandemic.

Gal Jumaoas, past president of the Greater Dallas Asian Chamber of Commerce, says he hopes to see community groups in North Texas coordinate a response to the wave of anti-Asian hate. “Hopefully this will be an opening salvo to come together.”

Since 2005, Tina Craig’s blog has been regarded as the authority on high-end handbags, with reviews of nearly every popular style. Craig recently created her own skincare line, called U Beauty; the brand’s Resurfacing Compound has developed a cult following.

This small-batch, sustainable brand was developed last year by Dallasite Sofiya Deva, who grew up in India, New York, and North Texas. Her colorful scarves and accessories are made by hand by artisans in Jaipur, and she’s hoping to soon expand with collaborations in Pakistan and Guatemala.

In 2016, we profiled Maggie Wu, founder of The Asian Magazine, the first publication for Chinese-Americans in North Texas. Wu covers all things culture, fashion, food, and entertainment, and 90 percent of the text she publishes is written in Chinese. “A lot of people here are like me; sometimes for us, it’s hard to get into the community,” said the Plano I wanted to minimize the gap in between, so I started writing in Chinese.” Follow The Asian Magazine here.

Nini Nguyen, fashion stylist to the stars, embodies the effortlessly cool aesthetic many aim for and few achieve. We love Nguyen’s colorful Instagram feed–as does Rihanna, who’s both a longtime fan of Nguyen’s work and a client. 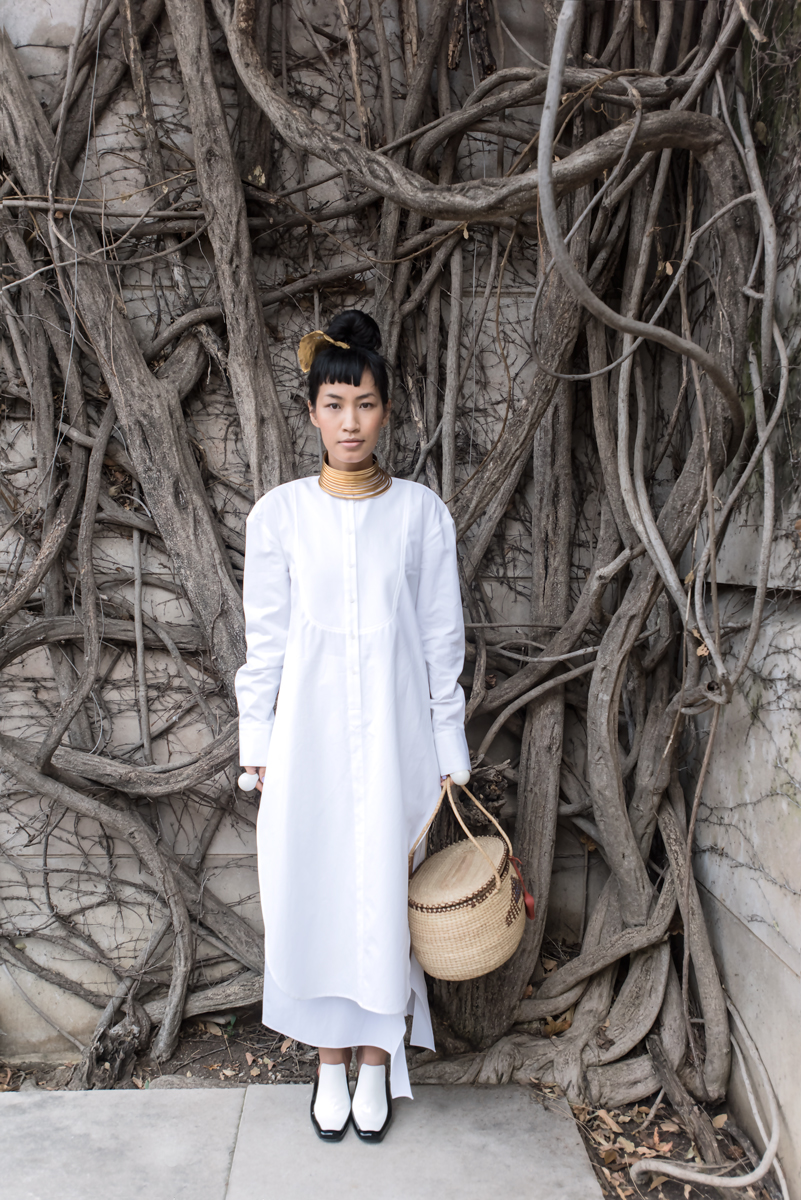 Designer Nicole Kwon’s brick-and-mortar, The Nicole Kwon Concept Store, is a West Village mainstay. In addition to Kwon’s own pieces, like vegan leather bags in punchy colors, the shop features a curated collection of other designers like Rachel Comey and Paloma Wool.

The Crow Museum of Asian Art’s gift shop is filled with a constantly rotating selection of giftable home goods, apparel, and more. On your next visit, you might find intricately decorated teapots, alphabet blocks in Chinese and Korean, or pieces from Asian designers like Issey Miyake. One constant: the huge selection of cookbooks.

KUFRI’s sustainably woven textiles are made by hand from hemp, cotton, and other natural materials; from there, the fabrics are transformed into pillows in earthy colors, wallpapers in pretty patterns, and more. The brand’s showroom also stocks skeins of raw fabric for to-the-trade clients.

The Bachelor star Catherine Lowe’s stationery line is known for its understated aesthetic and quippy phrases. Her limited-edition Cards That Grow sell out every time they’re released; as their name suggests, the eco-friendly cards are studded with seeds and ready to be planted by recipients.

This Best of Big D-winning salon offers every eyebrow service possible–tinting, laminating, threading, microblading, and more–in addition to other beauty services like facials and eyelash extensions.

This haircare line was founded by two sisters and uses formulas rooted in their Indian heritage. Ayurvedic herbs and nourishing oils like jojoba and almond help to restore scalp health and promote growth.

Pink Pedi is beloved for its nontoxic products, luxe treatments, and an Instagrammable interior full of plants and Edison bulbs. The nail salon is owned by former fashion designer Lucy Dang and her husband, photographer Brandon Lyon. When COVID-19 arrived in Dallas, the two kept their staff employed by pivoting their business and creating much-needed masks and hand sanitizer for frontline workers.

There are many avenues of showing your solidarity with your Asian neighbors and friends, the foremost of which is speaking out and working against the systems that oppress them. The increase of anti-Asian violence locally and throughout Texas has been on the rise. Buying from local Asian-owned businesses is one immediately impactful way to support a community that’s seen a dismal dip in traffic since the beginning of COVID.

At the start of the pandemic, xenophobic rhetoric about COVID-19 originating in China negatively affected Asian communities all across the U.S. The Asian Grub of DFDUB (DFW) Facebook group launched in response to struggling Asian restaurants, which were doubly impacted by early COVID-induced dining room closures and fear-mongering. Founders Kimberly Le, Nancy Lee, Michelle Peppin, and Tran Loh, all of whom have full-time jobs—Lee is a nurse on the frontline, Peppin owns Tasty Tails, Loh runs local ShareTea bubble tea shops—started the group to highlight Asian-owned restaurants that were suffering.

The Richardson bakery and bubble tea pop-up are teaming up to raise funds for Stop AATI Hate this Saturday, March 27 from 10 a.m. until 3 p.m. La Casita will have some classics alongside new pastries inspired by Asian flavors: White Rabbit Swiss rolls, matcha cereal milk cruffins, mango lychee tarts, and more. Preorders are a must. Head to La Casita’s website on Wednesday, March 24 at noon when preorders open; they’ll last until Friday, March 26 at noon. (For those who miss the ordering window, there will be some items available, but those treats tend to go to the early birds.) The Boba Plug will likewise have some limited-edition tea flavors. Find them at the bakeshop from 10 a.m. to 3 p.m. 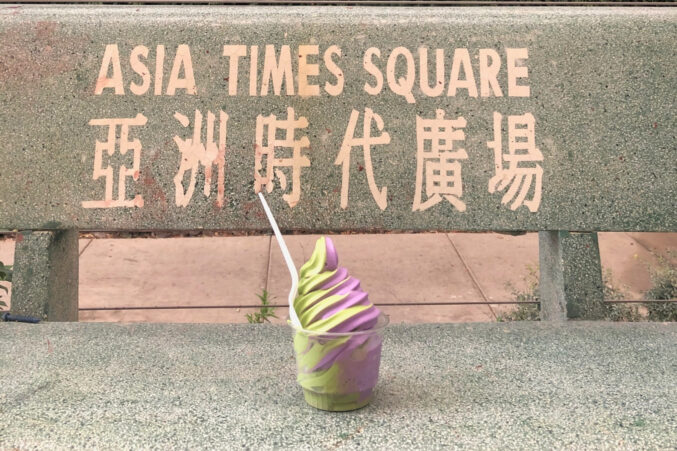 There’s a wonderful wealth of Asian-owned eateries in North Texas. We couldn’t possibly named them all, though you can check our D Magazine restaurant directory which includes a vast many of them. Here find some of our favorites.