Enjoy unlimited access to all of our incredible journalism, in print and digital.
Subscribe Now
Advertisement
Weather

Obviously not everything was fun and games today. ERCOT is still executing rolling blackouts. The water heater in the Rogers house has failed, so we haven’t showered in a couple days. And our gas furnace has been periodically conking out, making our inside temperature a bit unpredictable. As I type this, an HVAC repairman is on his way (though he forewarned me that there are no parts to be had right now); we hope for the water heater man tomorrow.

Meanwhile, Flag Pole Hill isn’t going to shred itself. So we met up with some friends who live in the neighborhood and walked over to do some sliding. A few notes and some pictures below:

— We used an old Flexible Flyer metal sled, because that way when you run into people, there is more chance of blood. People in Dallas aren’t used to sledding. They too often finish a run and then turn around and walk straight back up the hill, directly in the line of fire. The only way to slide at Flag Pole Hill is to shout the entire way down, “Watch out! Coming through! Watch out! I’ll cut you!”

— On one run, I slid right over a pair of Apple AirPods. Tried to grab them; missed. Actually, it could have been just an AirPod case; who knows whether the AirPods were in it? Well, the person who dropped it probably does. Apple makes really good snow cammo.

— Boogie boards don’t work. Don’t bother. A family next to us on the hill had brought two of them and were greatly disappointed. In addition to our metal sled, we had a couple of Flexible Flyer Lightning Snow Sleds (which I highly recommend). The Boogie Board Dad asked if he could borrow one of our plastic sleds. Man, I can’t tell you how good it felt to do that little kind deed and cheerfully hand it over so that his kids could get in on the action. That’s the sort of random interaction with a fellow human that the pandemic has made too rare.

— As everyone knows, the real action at Flag Pole Hill is actually over by the flagpole itself and not up at the playground. It’s much steeper over there, and the sledding runs fly right by tree trunks that are waiting to put you in a wheelchair. Was it about eight years ago that we last had a real snowfall? I was 42 then and dominated those dangerous runs on that day. Today, I took a video of my daughter and then said, “No, thanks.” Discretion is the better part of valor, etc. 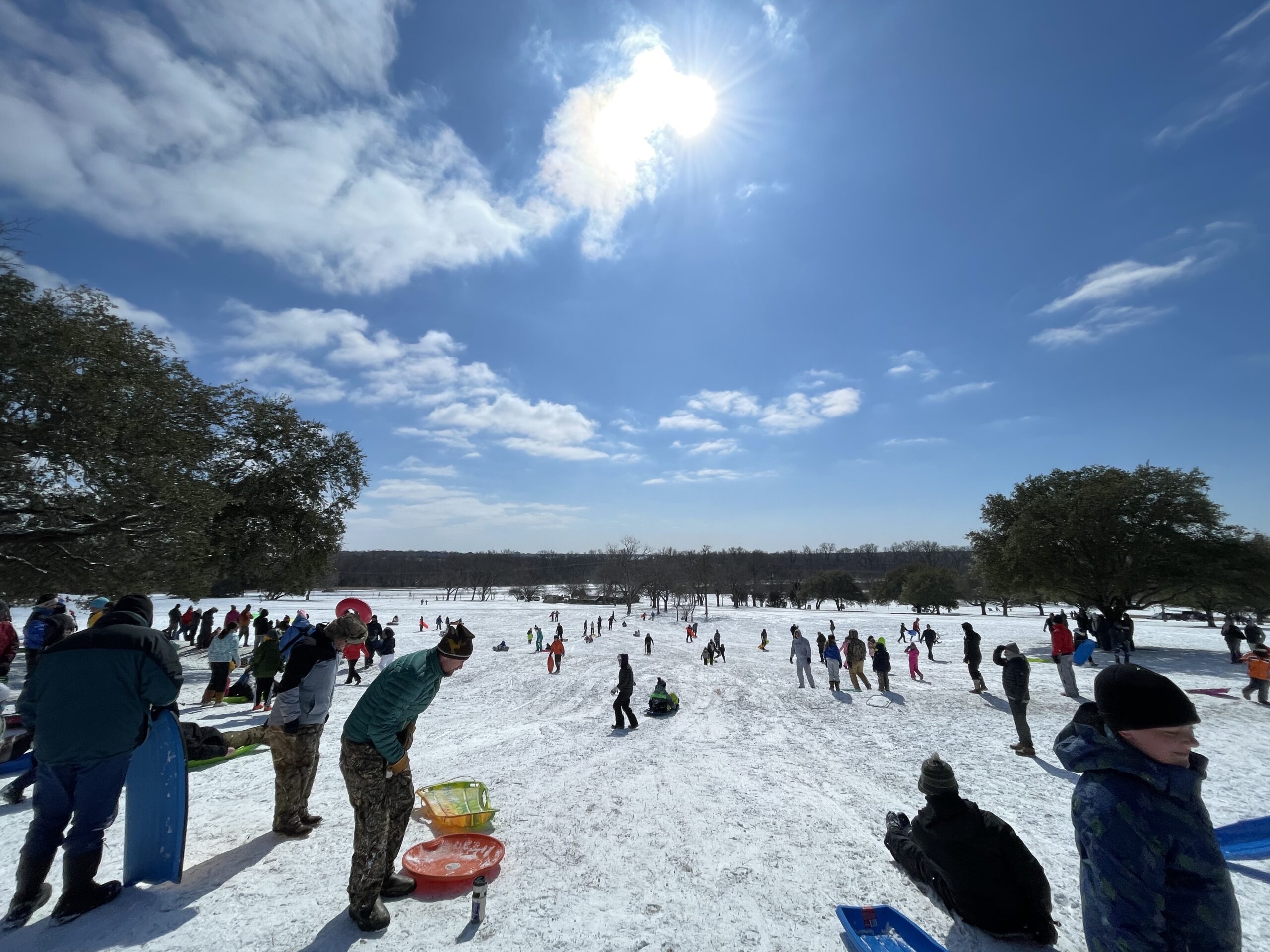 Dallas’ most important news stories of the week, delivered to your inbox each Sunday.
Flag Pole Hill

Wrap your pipes, people. Be careful.
By Tim Rogers
Weather

Brace Yourself for This Week’s Winter Weather, Dallas

It’s going to get cold, and it might rain, sleet, and snow. Get ready.
By Alex Macon
Openings/Closings

Dallas Restaurants That Are Open or Closed Due to Weather

Or due to lack of electricity. Or both!
By Rosin Saez
D Magazine Directories