The ‘Leaning Tower of Dallas’ Ain’t Coming Down So Easily

For the past two or so hours, Lloyd D. Nabors Demolition has been whacking the so-called Leaning Tower of Dallas with what looks like an oversized Master Lock that’s swinging from a crane. We were promised a wrecking ball. I had something more substantive in mind when I pictured it. Maybe that’s my fault. On Twitter, there are jokes. There are Dallas Morning News reporters on-scene. There are live streams. There is not UNESCO World Heritage certification. But the former Affiliated Computer Services tower is stubbornly resistant to the efforts of that schlubby wrecking ball. So maybe it will be with us longer, destruction detritus and all. I cannot imagine this thing will be down by noon; who’s got an office betting pool going?

Checking in just after noon: it appears our crane operator has taken a lunch break. 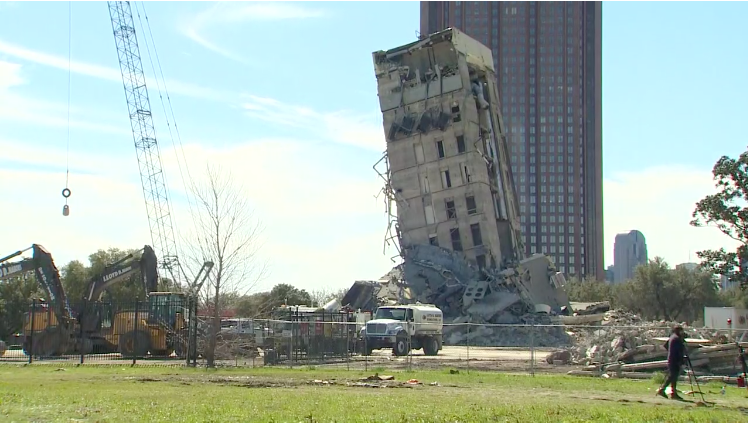 It’s now 2:30 p.m., and the tower has officially transformed into a giant middle finger: