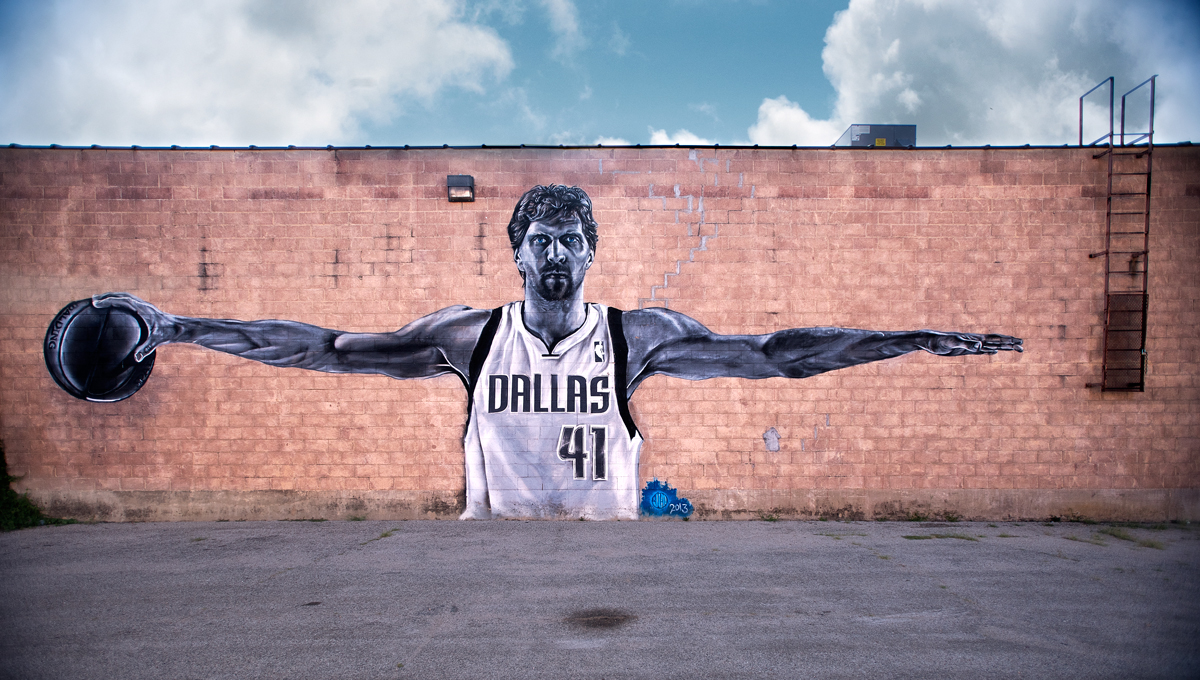 I realized a couple of days ago that, if this is truly the end for Dirk on the court, I’m going to miss it. His last home and his last game of the season will happen while I’m out of the country. Maybe it’s better this way, because I can just imagine he didn’t retire because I didn’t see it. Or maybe he actually will come back for another season. He is looking way better physically than he did when he first came back, so it’s not impossible.

ANYWAY, I’ve been soaking up pretty much anything with his name on it, and Tim MacMahon’s look at his performance at the 1998 Nike Hoop Summit, when he came out of nowhere and dominated, is the best yet. A taste, from former Indiana Pacers forward Al Harrington, who played against him there:

We didn’t know how to guard him. We had never seen him before. I hadn’t heard of him until during the game. I had never heard of him, but I knew about him after the game. That’s what’s up.