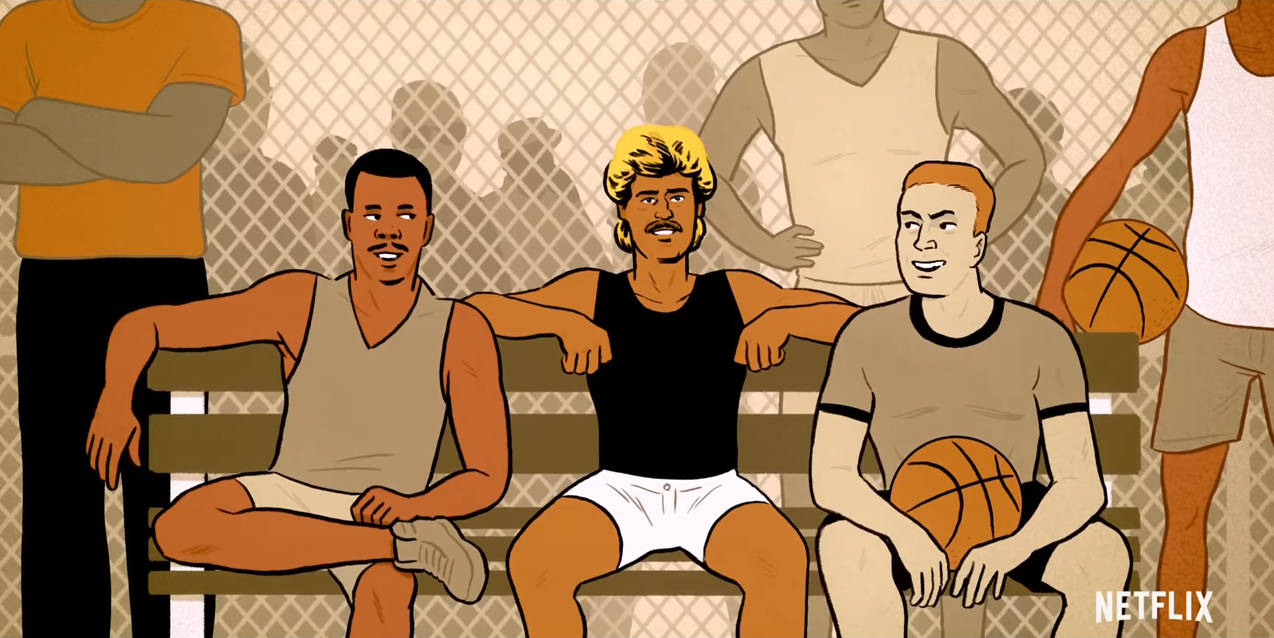 Losers is the new Netflix series about seven athletes and a soccer club (Torquay United) that gained more from their losses than their victories, from former world boxing champ Michael Bentt to French figure skater Surya Bonaly (you remember her–she’s the only female figure skater to land a backflip on one blade in Olympic competition, but only came in 10th in Nagano). The episodes are entertaining and inspiring and touching–I found myself tearing up more than once while watching and doing my makeup in the mornings this week, over curling and dog sled racing of all things.

You’ll find the Mavericks’ head coach Rick Carlisle in episode no. 7, “Black Jack,” about Jack Ryan, a former street ball player who could have made it to the NBA but instead found his calling doing tricks with the Harlem Wizards. Carlisle had first met Ryan back in 1990, at a New York Nets rookie camp, when Carlisle was an assistant to Nets coach Bill Fitch. In an interview with the New York Times in 2003, Carlisle said he wasn’t impressed. ”He was older, 29 years old, just about six feet tall, and he looked like a California beach bum when he showed up. White guy, deep tan, long blond hair, mustache, big smile, a little overweight, not quite in shape.”

Carlisle and the Nets give Ryan the boot. But Ryan ultimately rebounds from low self esteem, anger issues, and alcohol abuse to become a crowd-pleasing, ball-twirling phenom, proving that there is hope for us all. We just need to find the right court to play on.

TV With Laura: The Bachelorette Episode 3

If You Watch Most Eligible Dallas, You’ve Got to Read This