Why Does the Morning News Continue Publishing Mark Davis Columns?

They are willfully misleading, intellectually embarrassing, and also poorly written. Other than that: pretty good.
By Zac Crain | August 15, 2017|10:26 am
Advertisement 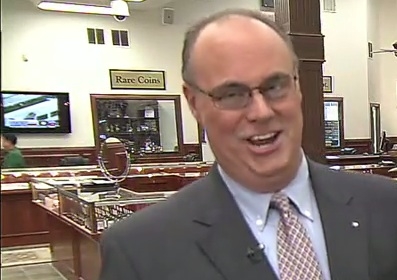 This morning, Eric re-tweeted a link to an op-ed from the Morning News, headlined “Trump’s comments on Charlottesville were late but that doesn’t make him a racist.” Eric said that he knew who the author was without clicking, and when I saw the headline, I knew in an instant it was from the desk of Mark Davis, conservative talk radio host and multi-hyphenate blowhard.

As usual, Davis cherry-picks facts to back his argument, acts superior to those who engage in smear tactics while almost simultaneously doing the exact same thing, and twists around like a dorm-room MC Escher painting to get to a premise unsupported by anything other than his own suppositions:

So list me among those who wish his Monday words had been his Saturday words. Why the delay? Was it because Trump shares views with the racist thuggery on display in Charlottesville? Is it because he seeks to curry favor with them as a valuable part of his base?

Those are the fantasies of his haters. The real reason, though, creates some heavy lifting for supporters: he toyed with us for a couple of days because he knew his critics would go nuts, and they did. He put a 48-hour time delay on striking the right tone so that his posturing Republican critics would take predictable potshots while Democrats wove delusions of a White House infested by Klansmen.

Yes, absolutely. It was all a genius plan. Sure. If you don’t have the time or inclination to read the whole thing — I don’t blame you — the TL;DR version of his argument is, “The president ABSOLUTELY said the right thing, haters; I mean, sure, wish he’d said it earlier, though; but wait, actually, no, I don’t, because it was all part of a masterplan; but OK maybe he did wait too long; but still, Bernie Sanders and Maxine Waters are worse.” If nothing else, it’s just very poorly written.

Mike Wilson, an idea: quit giving Davis free promos for his show, which is also very not good.