Enjoy unlimited access to all of our incredible journalism, in print and digital.
Subscribe Now
Advertisement
Religion

Dallas Has the Most Christians 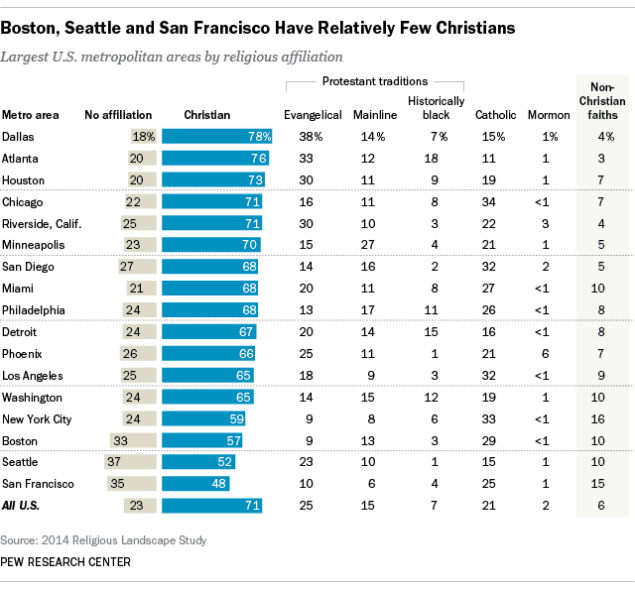 A Pew Research study of America’s religious landscape shows that of the country’s largest metropolitan areas by population, Dallas-Fort Worth has the largest percentage of people (78 percent) who identify as Christian and the fewest people who claim no religious affiliation (18 percent). Also we’ve got the most evangelical Christians (38 percent), plus the least Catholics (15 percent) anywhere other than Atlanta.

Of course, it’s another matter all together asking how many of those folks you’re actually going to see at church this Sunday.