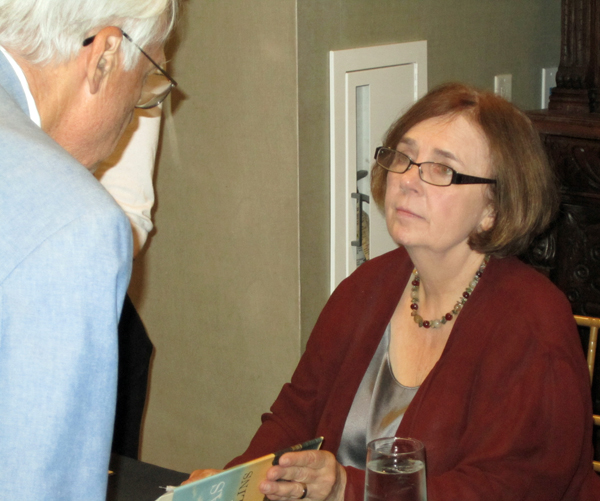 Gail Collins is a gifted journalist for The New York Times, a feminist trailblazer, and a person of great intelligence and good humor. But she doesn’t think much of Texas. Or, at least, she doesn’t think much of the state’s brand of conservative leadership, which she argues has been despoiling the national political landscape for years. The arguments come in her new book, As Texas Goes …, which she discussed last night with yours truly at a forum and book-signing (pictured) hosted by the World Affairs Council of Dallas/Fort Worth.

Collins’ contentions about Texas and Texans are mostly familiar. The state doesn’t spend enough on services for the poor and disadvantaged, she told the crowd of about 150. Its focus on limited government has paved the way for all sorts of mischief, she went on, from the S&L crisis of the ’70s to the ’08 financial meltdown to W’s No Child Left Behind ideas. She took the usual potshots at Rick Perry (decrying all his secession talk), at the Texas focus on abstinence-only sex education, and at the state’s outsized influence on school textbooks. She even said the state’s job-generating ability is pretty much all hype, due more to geography and happenstance than Austin policy.

But it was when the discussion turned to the Alamo story — Collins sort of debunks the whole “heroes” thing — that things really got interesting. 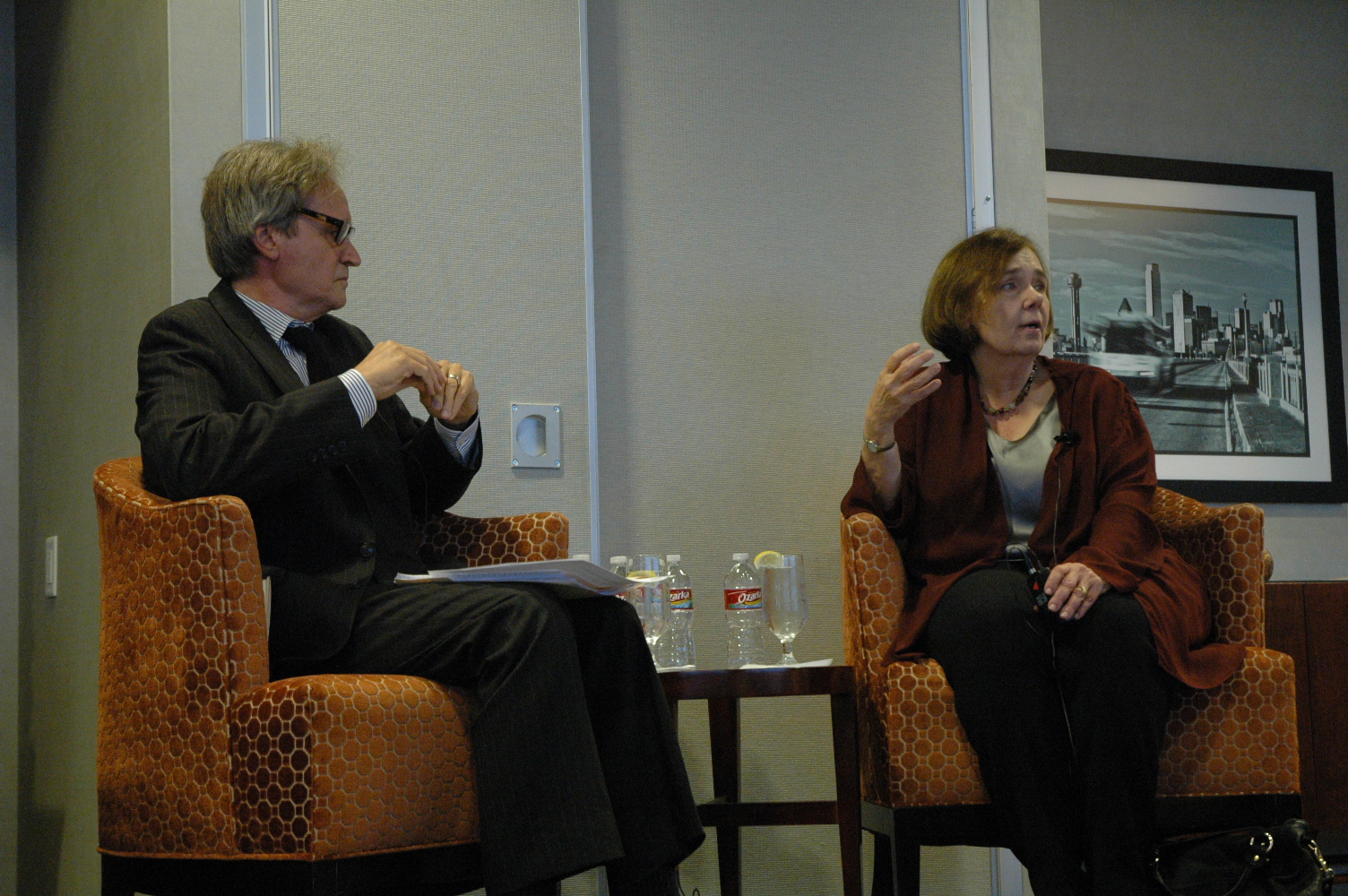 I’d asked her, why ridicule Texans’ pride in their unique history, in their belief that Texas is a special place – and, especially, why belittle the Alamo legend? She replied basically that it’s because Texas chauvinism is just odd – she’s originally from Ohio, and no one there brags about the specialness of Ohio, she said – and because the whole “dying-bravely-for-a-valiant-cause” ethic may have mired Lyndon Johnson down in the swamps of Vietnam.

One woman in the audience, right down front, had heard enough.

Introducing herself with the nickname “Trinka,” from rural Texas, she took the microphone and told Collins firmly that the gritty story of the real Texas is to be found in the country, not in the cities. It’s out there, she said, where the people have had to learn to be self-reliant in order to survive, including using firearms to keep the varmints away. As for the Alamo, she went on, her voice rising passionately now, the battle was important because it bought Sam Houston the time he would need to be victorious at San Jacinto. [What say you, Alamo historians?] She would love to take Collins out to the battlegrounds on horseback, she finished up, because, as it is, “you don’t have a clue.”

Many in the audience disagreed with Trinka and, after that, things got a little less tense. With their questions and their hearty applause, many gave Collins kudos for raising points about Texas that needed to be raised. Then the author signed some books and went to get some rest, because today she has a similar event scheduled in Louisville, Kentucky, she said — “of all places.”