It’s with great pride that we announce today A Magazine (pronounced “ay magazine”), a new monthly focused on the greatness that is Arlington. For some time now, we’ve been looking to extend the D brand in North Texas. The more we thought about it, the more Arlington presented itself as an ideal market for an upscale monthly lifestyle magazine. When Joel Kotkin was in town recently, he said something that confirmed our strategy. At a breakfast talk in our offices, he said, “People on the East Coast deride a place like Arlington for its sprawl and for its dubious distinction of being the largest city in America without a public transportation system. But Arlington is the super-city of the future. You can’t argue with demographic trends.” It’s true. Couple those demographic trends with a civic leadership that can get something like Cowboys Stadium built, and you’ve got an engine for awesomeness. And for football.

Speaking of Cowboys Stadium, picking our cover boy for the premiere issue wasn’t a difficult task. Thank you to Mayor Cluck for keeping this project under wraps for the past two months. A Magazine hits newsstands today. We’d love to hear your feedback. 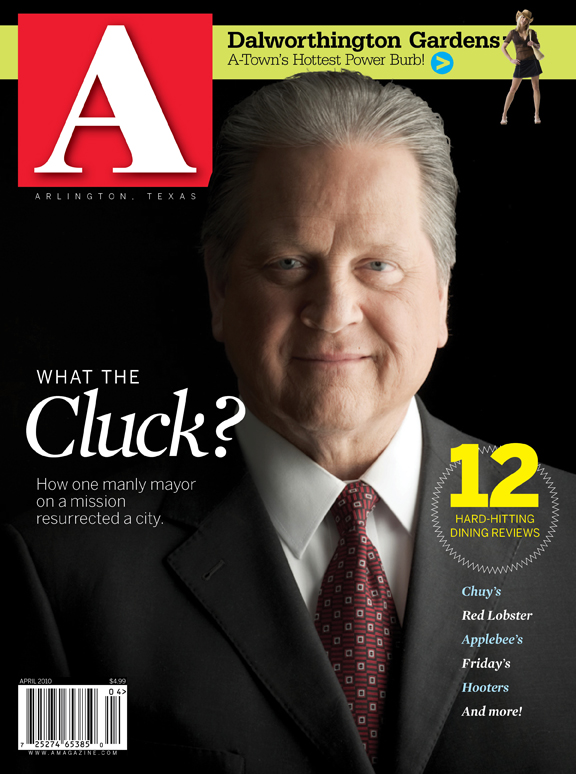