You’ve seen our Dallas-dwelling taco impresario at Taco Libre, the annual luchador-and-taco extravaganza he founded six years ago. But more often, you can find him at your local taqueria. For the September 2018 issue of our magazine, he penned a love opus to the taco that begins with the words, “If you’ve ever wanted to look into the face of God, eat a taco.” (The issue, with its maps and categories—from breakfast to fusion-steeped—boldly proclaimed Dallas a Taco City.)

He earned the position of taco editor at Texas Monthly last year—a role minted expressly for him. And now he’s published a book, American Tacos: A History and Guide with University of Texas Press. The taco tome officially drops on April 15.

Of course this is the exact time when you’d be in book promo mode. But everything, as you’re already viscerally aware, is virtual now. But the taco show must go on. The panel discussion that was set for the San Antonio Book Festival on April 4 will move online to Instagram Live on the same date (tomorrow at 1 p.m.).

“I wish I could promote the book face to face,” says Ralat. “Look them in the eye … thank them for coming.”

But Ralat, like so many in the food world who have had to adjust, pivoted. He texted Jess Elizarrares, former food and nightlife editor at the San Antonio Current who was booked for the same panel, and asked, “Hey, want to do just do this anyway?” So, the two will do their Q&A virtually. Before joining in on the book talk, the taco editor advises, “Get your tacos delivered and chow down—and support your local taqueria!”

But to face the news that his book tour, the physical one, is on hold? “Oh, it was soul-crushing,” he says of the six-year book project. “I’d worked so hard and put almost all of myself into this book; so much of my own money to carry me through the research.” But when it comes to germs, Ralat, a self-proclaimed germaphobe, doesn’t mess around. “I’m not going to risk my health or the health of my family for capitalism.” (Some book tour stops still wanted him to come in May.)

For those who like to come to live video Q&A prepared, know that these 280 pages delve into every imaginable angle, from the barbacoa tradition to Baja-style seafood, from Revolver Taco Lounge in Deep Ellum to Hugo’s in Houston. All the cabrito, cabeza, and chapulines you ever could desire are here. He’ll make you dream of tangy-bright or roasted salsas and masa, whether blue or golden-yellow or white. And to that we say, amen.

Ralat says he plans on doing more of these virtual book hangs. “We’ll try Zoom, we’ll try Facebook Live, will try everything and anything [to] keep the talks going for awhile.” Stay tuned to his Instagram for announcements.

What: José R. Ralat’s virtual book panel
Where: @texasmonthly
When: Saturday, April 4, 1 p.m. (come hungry, possibly with a beer, and preferably with tacos)

This article was updated on April 3 at 2:17 p.m. The Q&A will take place on Texas Monthly’s Instagram Live (previously it was on Ralat’s account). 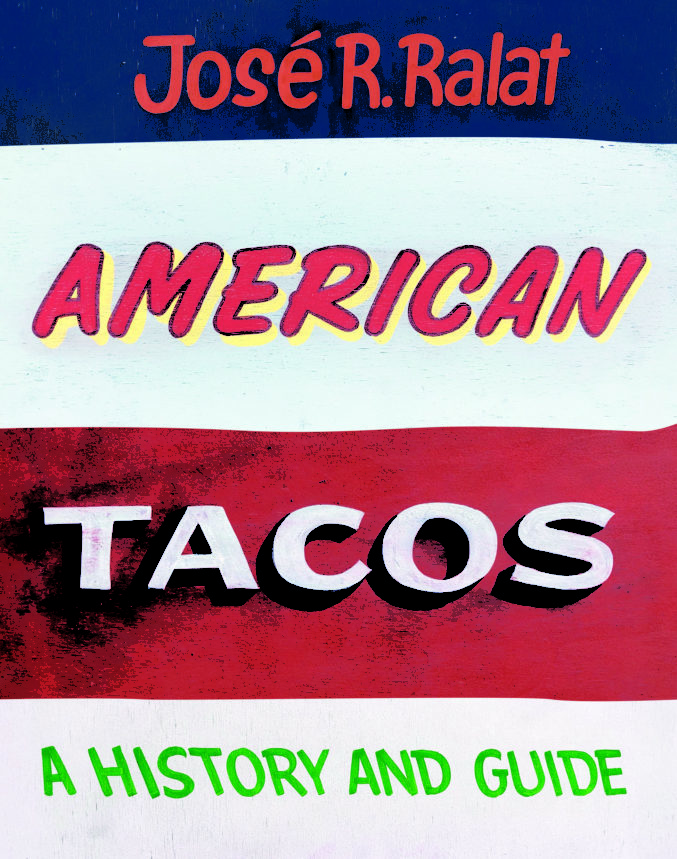