Pairing a gooey, grilled cheese sandwich with a bowl of piping hot tomato soup is a no-brainer. It’s undeniably delicious — a classic. I urge you to step outside of your tomatoey comfort zone the next time you visit Dallas Grilled Cheese Company, though, and order the French Connection.

The French onion soup is made from a broth of beef stock that’s seasoned with Worcestershire sauce, salt, and pepper. Yellow onions are caramelize on a flat top and added to the base in a large stock pot and brought to a boil. Croutons for the soup are made out of white bread and cut into discs slightly smaller than the size of the soup bowl, “the crouton acts as a base on which we add several slices of Swiss cheese and shredded gruyère,” restaurant partner and creative director, Mack Simpson explained to me of the process. Then the bowl is placed in a Salamander Broiler until it’s bubbling.

“Prior to opening, but when we had our kitchen in place, our general manager, Matthew Davis, was going through recipes and working out issues on the line,” Simpson continued, “It was pretty cold out (late-ish December) when the onion soup was born and the idea was to make something really bubbly hot, and to of course use cheese, cheese, cheese as an antidote to the cold weather.”

The soup is a savory (and cheesy) alternative to a grilled cheese sandwich. And if you have a stick of peppermint gum with you, then go ahead and order a side of onion rings. Feeling daring? Dunk them into the broth. You won’t regret it. 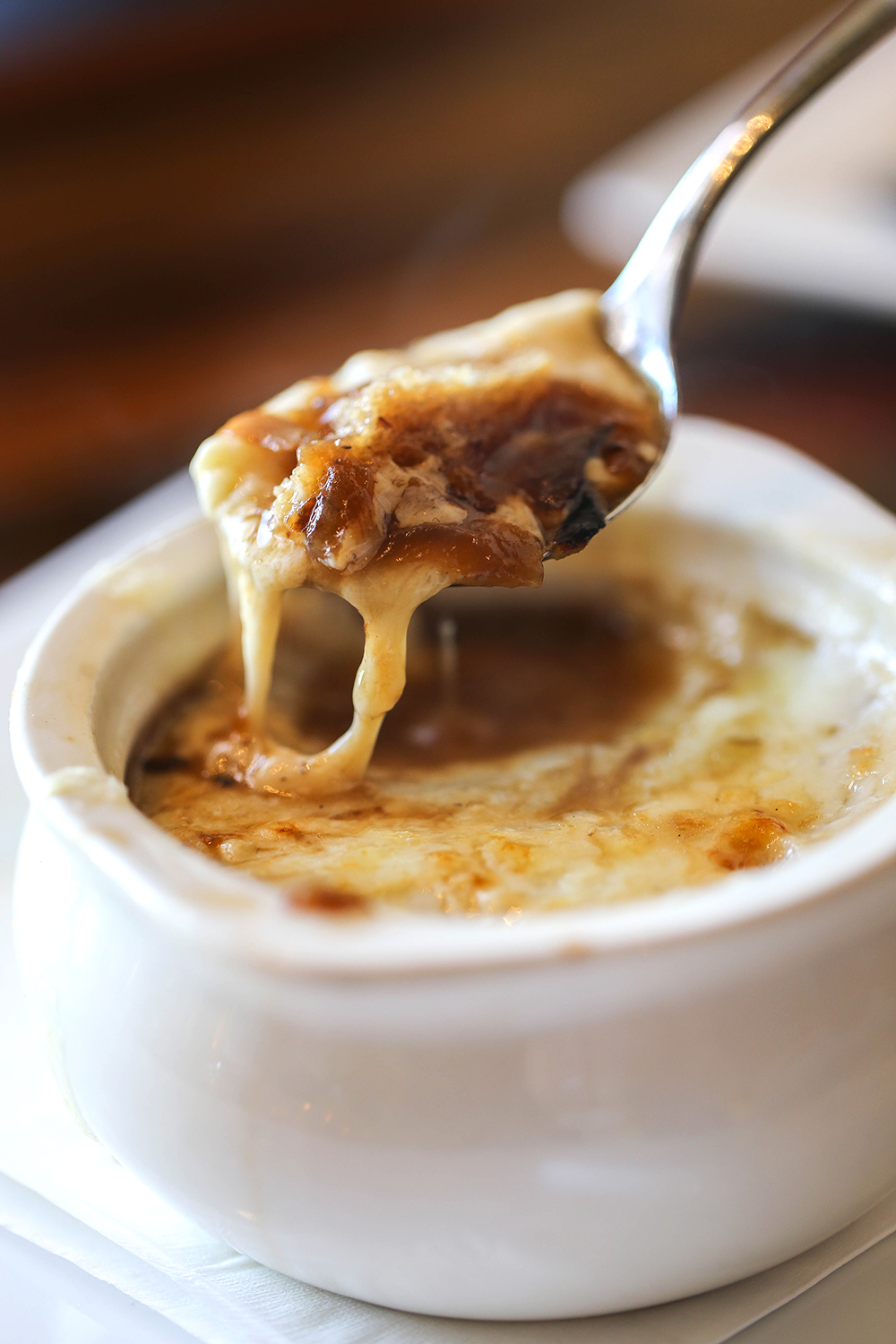