When it Comes to Raising Confident, Independent Kids, Is Less Actually (Much) More? 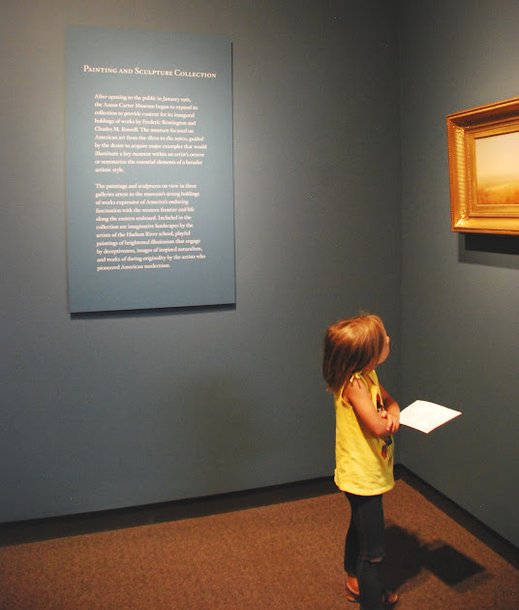 “He’s so interesting,” my friend commented, laughing at Jack walking by. He had shot her a little wink. Not a flirty wink – the kid is six – but a cute little excited-about-this-piece-of-cake nod. I saw him do it, but wasn’t going to say anything. But since she started, I joined.

“I know,” I replied. “That little smirk didn’t have a six-year-old spin.” He was communicating with her on a different level. This was after they had been sitting together at a table by themselves eating a piece of cake. She stopped at one. He, given the green light for another, went back for more.

He was so funny sitting with her. The comfort level with which he sat and spoke was unusual. Our friends had dropped by to have a friendly little game of ping-pong and brought with them dessert. Jack was quick to get a piece of the delicious cake and went to sit by himself at a table in our living room. My friend joined him after she got her own dessert.

“I love ping-pong,” Jack tells her. “Sometimes, I play with both hands.”

“Well, I have the paddle in this hand,” he shows her right hand, going through the motion of hitting a ball. “Then sometimes the ball comes back to me but on the other side. It happens so fast, I can’t get the paddle over their quick enough. So I just hit it with my other hand. It’s easier that way.” He pauses to eat a bite of cake. “I do it, but you’re not supposed to. It’s not in the rules. But it’s fun. My dad lets me.” He giggled. “What about you?”

It wasn’t so much what he was saying. But the way he was saying it. It didn’t seem like she was talking to a six-year-old.

They kept chatting until she had finished her cake. When they got up, she came over and sat with us on the couches while Jack went into the kitchen to get more. That’s when he walked by and shot the wink.

“Do you just eat him up?” she asked after returning his nod.

“I do.” I admitted. Because I do. “He’s so interesting. Maybe he’s just an old man in a kid body. But he does make me think.”

“What do you mean?” she asked.

“Well – I find him noticeably different than our other kids. He’s just so comfortable in his skin. He relates to people without trying to prove himself.” His teachers notice it, too. One stopped me last year – a bit unnerved by it. She told me that he was happy to be still and quiet while the others raced for an answer or sped through lunch. She said he would let them go first – just because, with no apparent motive. She thought something was wrong. And that he needed to learn to assert himself. I was happy with what she was telling me about him, but. she wasn’t. I asked her if he was disrespectful to her in any way or if he was willfully disobedient. “It’s not that,” she said. “He’s just not acting like a kindergartener.”

“I look at him,” I tell my friend, “and he makes me think we might be doing a few things wrong.”

I continue, thinking aloud, “We’ve all been sold this idea that we need to inundate kids early with activities, social and academic hurdles, stuff and more stuff all day every day. And I look at Jack and wonder if all we’re told about steroid life is true. You know what I’m talking about? That if we don’t get kids started early, they’ll be behind. They will be social misfits. All the pressure stuff.”

She nodded, chewing on it too. We have high school daughters that are the same age. So we’ve been friends for a long time. She’s a thinker, so I knew she would understand that I was talking as an observer – not some mom trying to position or market her kid. “I don’t think there’s anything special about Jack. I think he’s regular. The way regular used to be.”

True to form, I keep going, “It’s not like we were bucking a trend on purpose. It’s mostly because I literally did not have the capacity to fill his schedule or inundate his life with activities, playgroups, classes, sports… We are his best friends. He’s six and has never been on a team. Which I’m starting to think might be a good thing. But I don’t know. Since he’s not on the teams, maybe he might be a playground outcast.”

Watching him, I continue pondering aloud, “Still, I don’t see it. And in the long run, I’m not sure the minimal, okay non-existent, scheduled activity hasn’t grounded him. And since he’s grounded, he has a genuineness about relating with people. I find it fascinating. It’s not what we did with our older kids. And I can tell you, we’ve had a lot less heart-ache and stress with this last one. He seems better off because of it.”

In a world promoting well-intentioned racing around, should we stop and consider whether we might be running the wrong way. Are we activity-junkie grooming our kids to crave busy? We do it to keep up. We do it because we love our kids and want them to be okay, included, set up for success, normal.

But in the barrage of all the great stuff, is less actually more?

Hmmm… The jury is still out, but I’ll keep you posted.