A dear friend, mentor and former boss of mine, Jesse Pruitt, is famous for many things, not the least of which are statements that make sense (…sort of). One time he told me that there are “different changes” happening. I might not have understood it at the time, but I do now: There are plenty of different changes afoot. 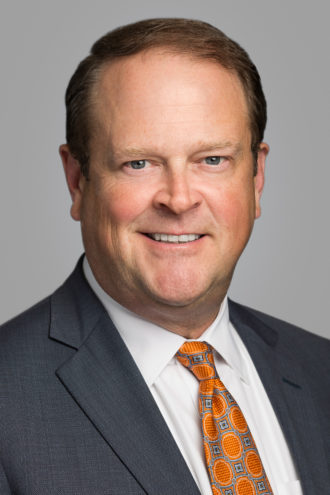 There is a reason why you don’t fly on Union Pacific Air. It is the same reason Sears—a company that, generations ago, was a visionary with its catalog marketing—didn’t come up with an Amazon-type concept. It’s why IBM outsourced its operating system software to a Harvard dropout, who now happens to be one of the richest people in the world. And it’s why, 15 years ago, there were plenty of dominant mobile phone manufacturers that never saw the iPhone coming.

Why did the dominant industry players of their epoch miss these opportunities? Because these companies were victims of great success. Union Pacific was in the rail business, not the broader world of transportation. Sears was in retail and didn’t realize (soon enough) the promise of e-commerce. And IBM was in hardware and consulting, not in the operating system business. No one can see it all, but clearly some entrepreneurs have a vision and seize the opportunity.

A sea change is happening all around us. The smartphone is not even a teenager, and it has already revolutionized so much more than communication. In the commercial real estate services sector, clearly the environment is changing as well. For example, in recent years, we have seen a new sector emerge: co-working. It doesn’t look like conventional space, its leases are relatively short, and we are in uncharted waters as to how it will fare in a downturn. The arguments for it suffering are countered by the notion that it might actually prosper in an ebb tide. No one knows, but one thing is certain: This concept was not borne by the conventional development community.

Meanwhile, the very nature of our business is evolving as well. There will always be a need for market knowledge and market moxie; however, major users are demanding more resources, tools, and information. The global service providers are doing just that: providing commercial real estate services. Brokerage is often a part of their service offering, but transactions are one point in a continuum of service. The opportunity for the large global firms is to think big and act small. Said differently, serve clients deeply and broadly, but remain creative and entrepreneurial. What was once a “deal” business has evolved.

What else is ahead? Plenty. It is things you can see—like Blockchain technology, which will revolutionize ledger keeping, the underpinning of all business—and things you cannot see. Whatever change is on the horizon, technology will fuel it. And who will drive evolution? It likely won’t be today’s titans. As Bill Gates said two decades ago in “The Road Ahead,” “Success is a lousy teacher. It seduces smart people into thinking they can’t lose.”

Ran Holman is managing principal and market leader for Cushman & Wakefield in Dallas-Fort Worth.