Along with running her own cybersecurity law practice in Dallas, Mary Chaney is the founder of Minorities in Cybersecurity, a group that supports women and minorities in the industry and whose corporate members include Microsoft. After working as a Special Agent with the FBI’s cybercrime unit, Chaney held various cybersecurity positions throughout the Northeast. She moved to Dallas in 2018.

Below, Chaney shares her experience as a person of color in the IT world, proving herself, paving the way for the next generation, and making long-term change.

“From my perspective, as a woman of color owning her own business, the challenges are the same as being a woman of color working in corporate America. There’s a level of trust-building that you have to do for people to consider you a subject matter expert in your field, regardless of what your experiences are. I’m a lawyer, I’m a former special agent with the FBI, I have the credentials to back up my knowledge, but there still seems to be this added level of question regarding your actual talents and abilities [when you are a woman of color].”

“I didn’t really have any problems developing relationships [in Dallas]. If anything, it was more welcoming and easier [than the Northeast].

“I’ve been a pioneer in every aspect of my life. It’s been me trying to figure it out on my own, which is why I [work] very hard to give back because that knowledge needs to be transferred to others.

“I’ve always been by myself, so my thought process is if I leave this space—cybersecurity, and privacy—and it’s still the same, I have not accomplished anything. It is my responsibility and duty to help figure this out for generations coming after me, including my daughter, a really good STEM student. She wants to be a coder. For me, it’s personal.”

“In cybersecurity, or IT, [men in IT] don’t think women belong there anyway. If they actually knew their history, some of the first coders—some of the first highly analytical and technical people—were women.

“I was always the only [woman of color in my workspaces]. So, the challenge there is trying to deal with all the unconscious bias and flat-out racism but still maintain a level of sanity, to be able to try to change the narrative, so that [people] will be able to understand and take a chance on another woman of color in the future.” 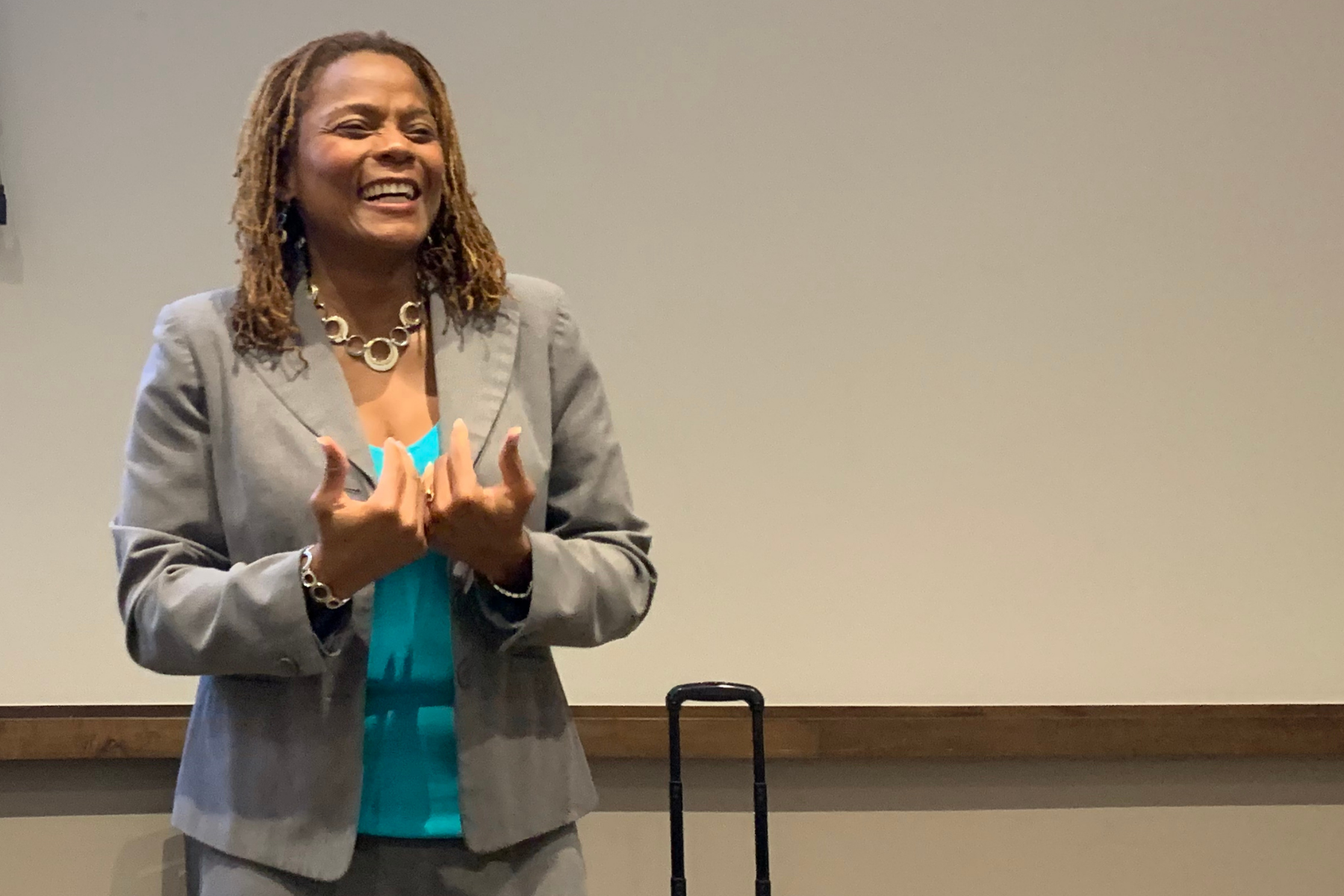 Chaney speaking at an event.

“There’s been a lot of talk [about diversity, equity, and inclusion] …It’s easy to say the right thing when it’s in your face; it’s harder to continue to do it over the long term.

“I’ve seen a lot of people awaken to the challenges … But the question is, what’s going to happen next year? What’s going to happen a year after that? Are we tracking these numbers to the extent that there is actually going to be real progress over time? Or are you just going to see a blip in 2021, and then it goes back to normal in 2022?

“I don’t want you to tell me about your initiatives. I want you to come up with an actual plan and show me how you’re going to measure your effectiveness. It’s not telling me what you want to do; it’s doing it.”