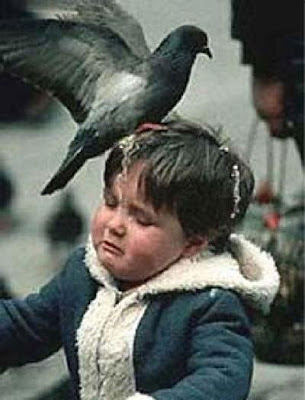 It’s not exactly appropriate to limit the topic merely to pigeons because they’ve adapted to living just about everywhere, particularly cities where these feral formerly cliff dwelling birds have found similar homes under the awnings of buildings, overpasses, and inside vacant buildings feeding off of scraps and trash from humans.

Honestly though, I don’t know much about pigeons. But, these are the things I do know. They are supposed to look like this: 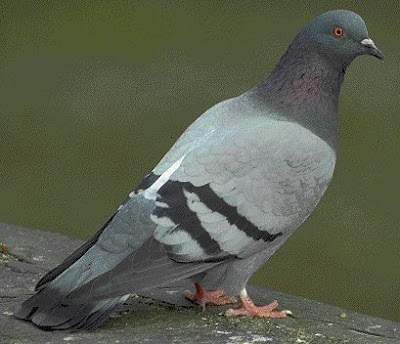 I know what Paul Mooney thinks about differentiating Doves from Pigeons, “being white changes everything.”

I know that I don’t mind pigeons nearly as much as everyone else apparently, since they’ve been deemed rats with wings.

I do get annoyed with the cooing during the males’ courting rituals. 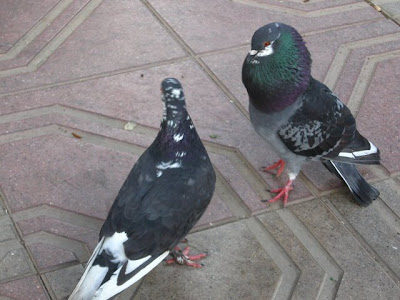 And, I know that some of the best places/plazas/parks in the World are reknowned for their high pigeon populations. Why? I would presume because the amount of people there. And, what do people do? Produce waste. Pigeons are the true cradle-to-cradle. Waste = Food (said half tongue-in-cheek): 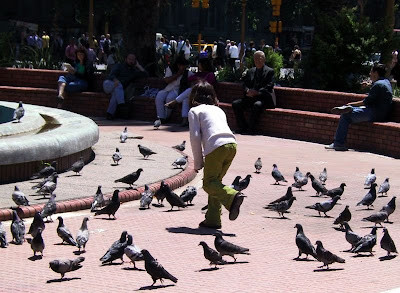 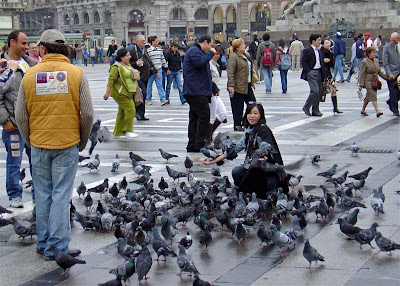 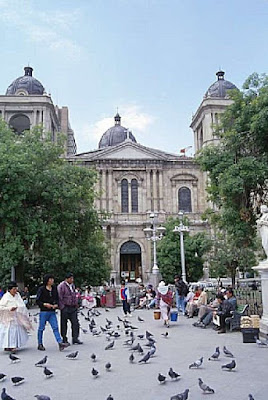 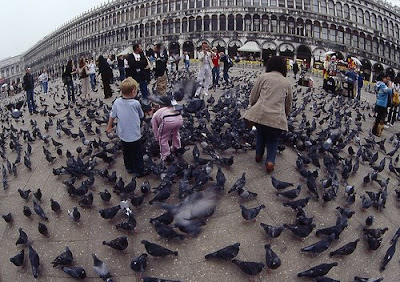 On the other hand, these are the types of pigeons I see around Downtown Dallas daily: 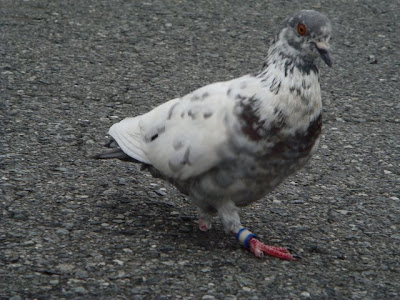 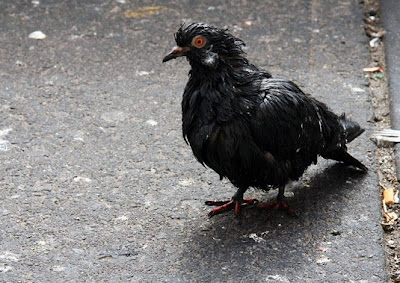 And lastly, the dead pigeon. I swear I see at least one dead pigeon per day and I would doubt strongly that downtown in its entirety even has as many pigeons as Piazza San Marco. Their lifespan is only three to five years apparently, but my first thought is always Bird Flu. Their goes the media scaring us again. 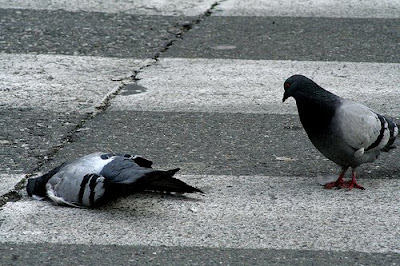