It started as a weekend getaway. Twelve acres, a travel trailer, and a few chickens and miniature donkeys were all that Christopher Jones and husband Patrick Archer needed to decompress from their workaday lives.

As the organizers of a Colorado music festival for high school choirs, bands, and orchestras, the couple was living in Fort Worth, commuting daily to their office in Bedford, and traveling to their property outside Grandview as often as possible. “We looked up one day and realized we were spending our life in the car,” says Archer. Determined to make a lifestyle change, the duo started buying adjacent properties in Grandview, acquiring more than 170 acres and an existing farmhouse over several years. As a final farewell to city life, the couple sold their historic Fort Worth home and all its contents in 2013 and moved the music-festival operations to their Grandview farm, situated about 35 miles southeast of Fort Worth. 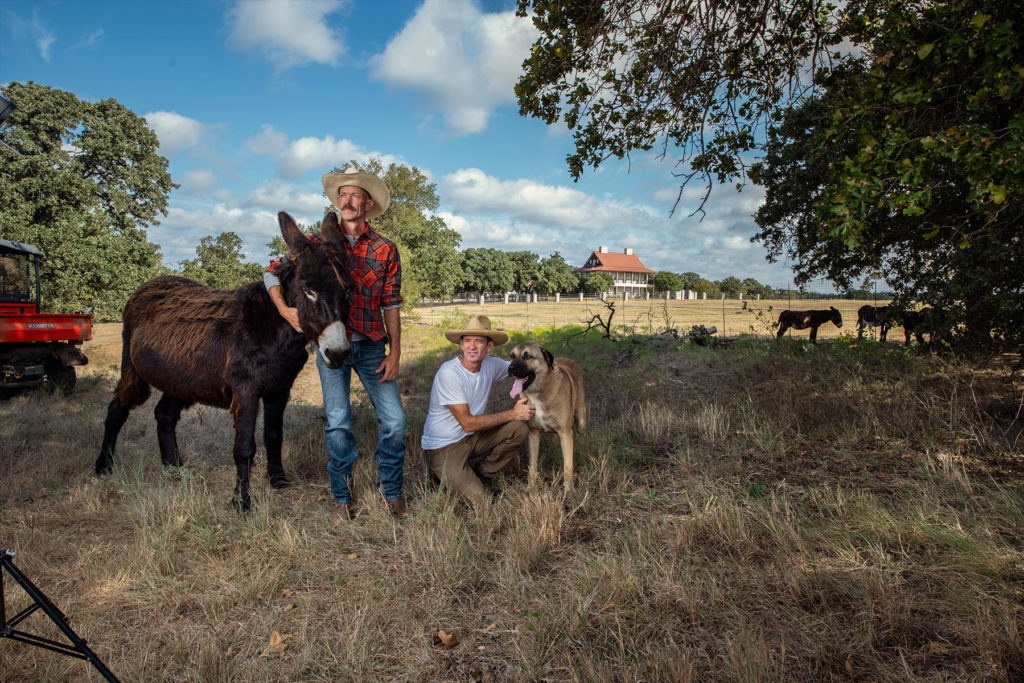 In addition to donkeys, Archer and Jones keep several dogs on their 174-acre property, including their Anatolian shepherd, Turk. Both animal lovers, the former urban dwellers are happy to have the wide-open spaces. “We don’t miss the city,” says Archer.
Elizabeth Lavin

Now Archer and Jones have added deer, cattle, geese, ducks, and goats to their menagerie. They’ve also replaced the miniature donkeys with an ultrarare breed of donkey called the Poitou. The gentle giants (adult Poitou donkeys can weigh up to 950 pounds) originated in western France and are known for their long hair and docile nature. They’re also known for once being nearly extinct. In 1980, fewer than 80 of the animals were left in the world. Today, thanks to conservation efforts by people like Archer and Jones, that number is closer to 2,500. “It started out as a fun hobby,” says Archer. “The donkeys are a really affectionate animal and easy to fall in love with. So as we continued to get more and more, we started getting more serious about what we could do here in Texas to preserve the breed.” 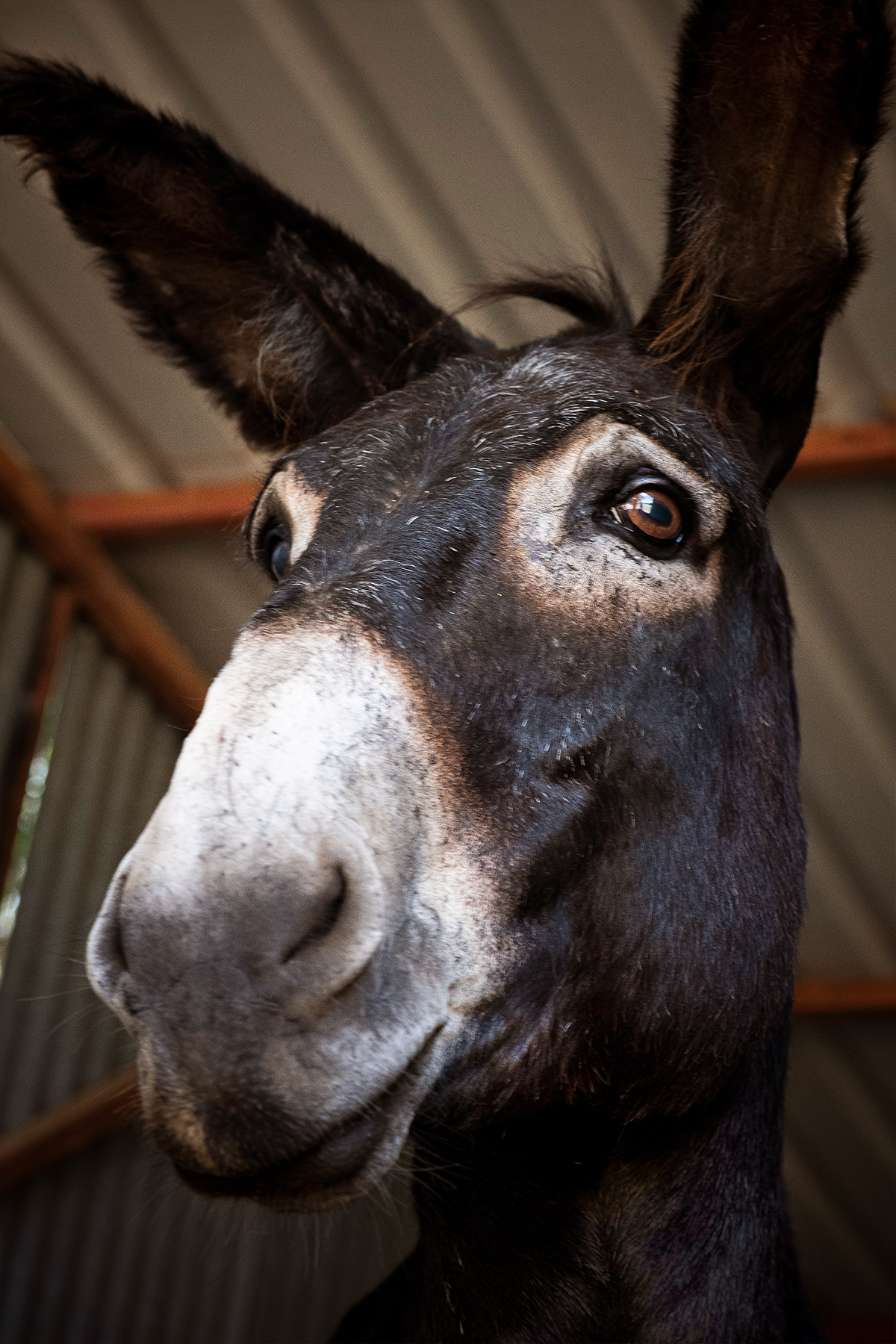 About 30 of the donkeys roam the Grandview farm on any given day, including long-term residents Alice, Hazel, and Don Quixote, as well as a few new foals that joined the herd in September. There’s also a visiting donkey from the Sedgwick County Zoo in Wichita, Kansas, who’s there in hopes of leaving with a foal of her own one day. With all of their Poitou experience, Archer and Jones have become valuable resources for people interested in the breed. In addition to selling donkeys to breeders as far away as Wales, they are set to participate in an upcoming equine summit at Texas A&M University and will happily talk for hours to anyone who calls them with Poitou questions. It’s a win-win for all involved. “We’re living the dream out here,” says Archer. “The fact that we can play a part in saving an endangered breed is just icing on the cake.”