Sanjiv Yajnik, financial services president at Capital One, grew up in Kolkata, India. After earning his engineering degree, he worked for two multinational shipping companies, posts that allowed him to spend time in more than 60 different countries over 10 years. That led to executive roles overseeing Capital One’s work in Canada and Europe, before relocating to North Texas for his current post. Here, Yajnik talks about his journey.

“Growing up in Kolkata, India, I had the opportunity to work in Shishu Bhavan, Mother Teresa’s orphanage, from first grade through high school graduation. One of the many life lessons I took away from her was the importance of purpose—working toward something much bigger than yourself.

“Without purpose, everything else will fail. Her purpose in life was to take care of those who were the least capable of taking care of themselves. This has been a huge motivator for me personally as a leader, and also in transforming businesses. It has allowed me to keep a long-term perspective and make business decisions that better the lives of our associates, customers, and the community. 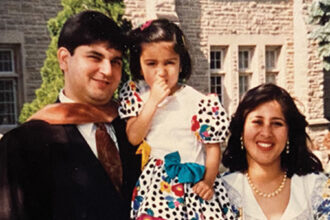 Proud Grad Yajnik with his wife and daughter at his MBA graduation from The University of Western Ontario.
Courtesy of Sanjiv Yajnik 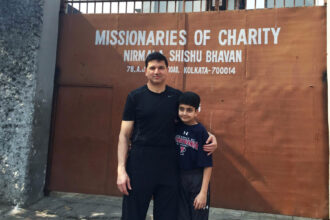 Family Trip Yajnik with his son, Shiv, at Mother Teresa’s orphanage in India, where he once worked.
Courtesy of Sanjiv Yajnik

“One memory that stands out to me growing up is something that happened in the fourth grade. I remember it vividly—it was a Thursday. I was serving meals at the orphanage’s cafeteria when I tripped and fell, taking down with me one of the boys who lived there. I looked at him and had an epiphany; I realized we were so similar, and yet, I was given a better hand in life. I went home and asked my parents’ many questions. It impacted me tremendously and made me realize how fortunate I was. I never wanted to take anything in my life for granted.”