Dallas attorney Taylor Rex Robertson’s passion for wine tasting has taken him all over the world.

A certified sommelier, he won the U.S Wine Tasting Open in 2019 with tasting partner Jacob Fergus. That earned him a spot at the World Wine Tasting Championship in France. At both events, Robertson was the only lawyer in the room. “I’ve had situations where I’ve been not invited to tasting groups because of [not working in the service industry],” he says.  “I’ve had to fight a little bit of that resistance.”

Now a trial lawyer at Haynes and Boone, Robertson developed a passion for the history, production, and marketing of wine while working as a waiter and bartender at a bistro in Oklahoma City. He was biding his time before starting law school and began to consider becoming a professional sommelier instead.

“My parents are happy that I chose law,” he says.

He didn’t give up his passion for wine, though, and in 2018 became a certified sommelier.

“I love learning,” he says. “I love something that’s analytical and productive, and for better or worse, wine and wine tasting checks all those boxes.” 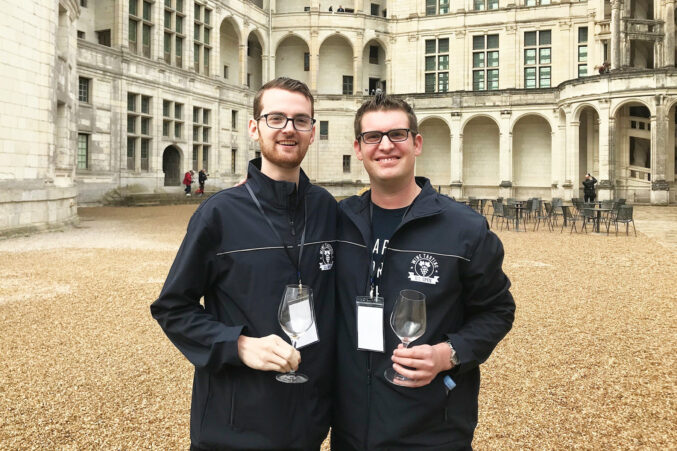 The rigorous exam, offered by the Court of Master Sommeliers, has three parts: service, theory, and a blind taste test—Robertson’s favorite. He finds his thought process when analyzing a wine to be similar to his work as a lawyer.

“When you’re in law school, and you’re trying to figure out a fact pattern or whether you can allege breach of contract or negligence, and you know all the elements of a case, you try to look through the fact pattern to find all those elements and make an argument for why you can meet however many elements. Blind tasting is extremely similar. You are taking all of the clues and trying to fit them in these boxes.”

Robertson’s work as an attorney sometimes makes it difficult for him to be taken seriously in the sommelier world. The Court of Master Sommeliers, for example, won’t allow him to take the next level of exams through their organization. So, he’s doing so through another certifying body, the Wine & Spirit Education Trust. Already a national champion, Robertson plans to become a Master of Wine one day, one of the highest honors in the industry, with fewer than 400 masters worldwide.

He says his notoriety in the wine world is great for building relationships in his law career. “It’s always the first thing that comes up with clients or even opposing counsel,” Robertson says. “I’ll introduce myself, and they say, ‘Oh, you’re the wine guy.’”