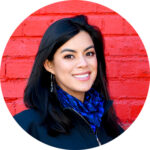 Born in El Fuerte in the Mexican state of Sinaloa, Rebecca Acuña understands the challenges many immigrants face after arriving in America. Today, she’s director of government affairs for $70 billion beverage and snack giant PepsiCo, and says she never takes her opportunities for granted. Here, she shares her journey:

“For me, growing up in Mexico was great. I was surrounded by family, and I wanted for nothing. Even so, when I moved to the U.S., I saw something better. My family came here for a better future, a few months before I turned 7.

“There was a moment when my mom told my sister and me that we were going to start taking the school bus instead of her driving us. I said that I didn’t want to because the buses were hot and didn’t have air conditioning. She said, ‘Buses have air conditioning in the United States.’ And sure enough, they did. Suddenly, I felt so blessed by my surroundings because I had something else to compare it to. 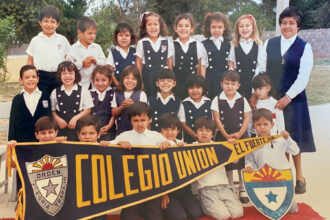 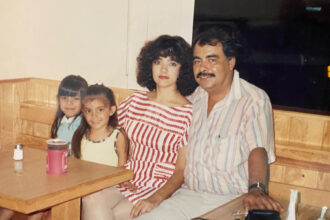 Family Time: Acuña at age 6, left, with her sister and parents at a restaurant in Mazatlán, Sinaloa, Mexico.
Courtesy of Rebecca Acuña

“My parents had petitioned to adjust my immigration status to ‘resident’ for a very long time; I didn’t get work authorization until a few months before my 25th birthday. I couldn’t do internships, take out certain types of loans, or get scholarships; I had so much to catch up on, especially compared to my peers.

“When I got my first job (as communications director for State Representative Garnet Coleman), I ran as fast as I could. I felt so behind and that I needed to run faster than everyone else. Any opportunity that I was allowed to take, I took on with joy because, for me, the alternative was not being allowed to work at all.”