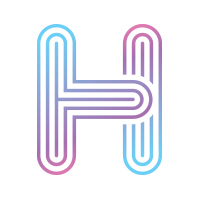 He’s been called a pioneer in rocket science, a programming genius, a brilliant tech innovator, and a gaming legend. He’s the brains behind some of the initial first-person shooter videogames like “Doom” and “Quake,” a researcher of space tourism, and a boundary breaker in the world of virtual reality. He was a college dropout who took nothing but computer science courses during his single year at the University of Missouri at Kansas City. Programming is magical, he once said, describing how something amazing can come from nothing at all. He is committed to continuously acquiring deep knowledge that only comes after long, hard work. “Fill your products with give-a-damn,” he recently told an audience that watched him receive an honorary doctorate degree from UMKC.

But developer John Carmack—who still looks forward to comic book releases, indulges in Coke Zero and Domino’s pizza, and has been lauded as one of North Texas’ top technologists—was recently thrust into the spotlight on much less flattering terms. Carmack, the Richardson-based chief technology officer of Oculus VR LLC, is at the center of a nationally publicized court case over his developments that led to the virtual reality headset called the Oculus Rift.

ZeniMax Media Inc., the parent of Richardson-based id Software, which Carmack founded and helped lead, slapped Oculus, now a subsidiary of Facebook, with a $6 billion lawsuit in 2014. The lawsuit focused on the Rift, which splashed onto the market in 2012 when it blew away its $250,000 goal in a matter of four hours on the fundraising platform Kickstarter. Carmack helped Oculus founder Palmer Luckey develop the device while serving as the technical director at id. The relationship began as an agreement between ZeniMax and Luckey. But the agreement got hairy after Luckey started commercializing the Rift, leveraging ZeniMax’s assistance and branding but allegedly without proper compensation. To further complicate matters, Carmack eventually left id and joined Oculus. Zenimax, which claimed that Oculus stole its virtual-reality trade secrets and benefited from its brand, sued for misappropriation of trade secrets, copyright infringement, and breach of contract, among other claims related to the development of the Rift. Earlier this year, a U.S. District Court jury in Dallas came back with a decision after a three-week trial: Oculus owed Zenimax $500 million for breaking a nondisclosure agreement, copyright infringement, and false designation, or the act of misrepresenting a product’s origins. At press time, the judge had yet to sign off on the verdict.

A disappointed Carmack responded quickly to the verdict. “I disagreed with their characterization, misdirection, and selective omissions,” he wrote on Facebook about testimony given during the trial. “Being sued sucks.” In his statement, he criticized the expert ZeniMax used to make some of its claims and offered counter arguments. But regardless of what Carmack believed, the members of the jury had already made up their minds. To them, it was clear: Oculus had some debts to pay. (Oculus, for its part, told D CEO that ZeniMax’s claims were without merit, and that the jury agreed that Oculus didn’t steal ZeniMax’s trade secrets. ZeniMax did not reply to requests for comment.)

Though this particular case was high-profile, given the involvement of Carmack, Facebook, and the Oculus Rift, it involves a situation that is occurring more and more frequently, legal experts say. “Over the last 10 years or so, these cases have gotten really hot,” says Joe Ahmad, founding partner of the Houston law firm Ahmad, Zavitsanos, Anaipakos, Alavi & Mensing P.C. and an expert on executive employment issues. As companies seek to poach top tech talent, and developers rely on skills and knowledge they may have gained at former employers, the ownership of resulting intellectual property can easily come into question.

Legal experts familiar with these cases say executives should take steps to mitigate blurry lines and provide protection that could save millions of dollars in legal fees and years of litigation—something Oculus and ZeniMax might’ve preferred. “It’s interesting to see how both sides handled it,” Amhad says. “Both sides could’ve done things better.”

To avoid getting tangled up in legal battles like this, experts offer five key pieces of advice.

Companies need to operate with the end—whether that’s a sale, or some other exit strategy—in mind, says John Palter, a managing member of the Dallas business litigation firm Palter Stokley Sims PLLC. This means companies should bring in third parties or develop in-house teams to identify the items they need to protect early. “As the Dallas economy is becoming more driven by technology—and that’s either with patents, trade secrets, or copyrights—that becomes the real assets of these companies,” he says. “It is the driving force … these companies create.” This step becomes particularly important when companies seek a sale or exit of the business.

Companies should seek copyrights, trademarks, and nondisclosure agreements related to any of the intellectual property they have identified as key to their business. But identification and documentation are only the first steps. They also should develop an audit system to continually keep track of valuable assets and what could be at risk. Arguably, ZeniMax could’ve done a better job here, protecting its work as it related to the Oculus Rift with better documentation and more oversight. “An NDA is only good if you catch someone breaking it,” says Ahmad. “There ought to be some things that are so important that you can’t risk that the other side will use it without you finding out.”

As companies continue to battle for the best skills, they are likely to run into some risky hires and partnerships. “When you talk about hiring people, who do you think the good people are?” Ahmad asks. “They’re the people who have [proven] themselves by working for a competitor. If you want people with experience, almost by definition you’re hiring someone from a competitor. It’s the quintessence of technology.” While hiring from a competitor increases the likelihood of quality, it also increases risk, Ahmad says. In those cases, it’s always best to check with legal counsel, who can then evaluate the risk of those hires. Counsel can determine whether any NDAs have been signed, what they were for, and what that means for the hiring company. Oculus seems to have missed the memo on this one. Arguably, Facebook did, too. And the situation got even more complicated when Facebook became an interested buyer in Oculus. Oculus allegedly didn’t even disclose the complications related to Carmack’s work to its own chief operating officer, who handled the company’s legal documents, according to the lawsuit. The COO didn’t discover how complex the situation was until the lawsuit was filed, ZeniMax claims. The lack of oversight in regard to Oculus’ NDA with ZeniMax is what cost Facebook the larger portion of the $500 million verdict. The jury ruled that the company owed ZeniMax $200 million for violating the NDA Luckey had signed regarding code and development related to the Oculus Rift. It’s much easier to prove breach of contract than it is to prove misappropriation of trade secrets, says Ahmad. It is either signed or it’s not, he adds.

Similarly, companies need to be aware of the kinds of risk that are associated with sharing sensitive information with partners. Will these partners also be competitors, and what does that suggest about the information shared? “If you’re trying to keep a secret from the competitor, you’re not working with them,” Ahmad says. “You have to understand that collaboration is a high-risk venture between two competitors.”

Beware of Transfers of Assets

A big argument in this case was whether Carmack had used any of the code or other intellectual property from ZeniMax at or for Oculus. An eyebrow-raising detail was that Carmack had particular information from ZeniMax stored on a USB drive that he then allegedly took to Oculus. After leaving ZeniMax, he allegedly returned for a tool he created there and took that back to Oculus, too. While it’s tough for courts to determine whether those specific items were used in development at Oculus, it’s a risk not worth taking, experts say. Employees are best covered if they leave behind everything related to the work they’ve done for a particular company. Meanwhile, companies should be vigilant about tracking items and intellectual property that should stay with them. For some, this may mean creating some type of monitoring system for its intellectual property, says Palter of Palter Stokley. “The challenges for businesses are, there are increasingly tech-efficient ways to transfer the IP from a company to a startup,” he says. “The barriers are eroding.”

If systems are in place to track intellectual property, risky hires are assessed up-front, and companies are aware of all previous situations tied to new employees, it’s imperative that employers then act on any items that could create future problems. Had these steps been followed, both Oculus and Facebook might’ve had opportunities to prevent or mitigate the litigation that resulted, experts say. Had Oculus been fully aware and prepared to handle the alleged intellectual property Carmack brought with him, it could have taken preventative measures to ensure there was no conflict with ZeniMax. Similarly, had Facebook been more diligent about the NDAs and possible conflicts facing Oculus and Carmack, it could have stepped in earlier to settle the issue before it went to litigation. That could’ve meant everything from disclosing what it knew to ZeniMax, as well as returning any information previously taken, Ahmad says. In some cases, it could mean the termination of specific employees, he added: “It’s not what you did; it’s about the cover-up. If I knew an employee took info and I didn’t do anything, I could get into some trouble. I think you’re better off wearing the white hat. … You’re going to look better in litigation.”

Give the CIO a Board Seat

From an organizational point of view, executive leadership should ensure it does not undervalue its IP, tech talent, and most importantly its chief information officer, who is likely overseeing all of it. In the past decade, the role of the CIO has evolved from more of an IT figurehead to a vital executive charged with everything from cybersecurity and innovation to the development staff. The rising value of a company’s IP should correlate directly to the rising importance of its CIO, experts say. “[IP] becomes increasingly the biggest element of the economic engine of these companies,” Palter says. “I’m talking about realigning the priorities of the board in light of the greater dependence on technology. Technology needs to be foremost in the minds of boards.”

That means the CIO should have a board seat, Palter says. CIOs should no longer be reporting issues on a need-to-know basis, he says. Rather, that should be an ongoing process deeply rooted in the core function of the company: “It’s no longer, ‘Tell me the financial results.’ It’s, ‘What are the biggest risks and what are we doing to insure the IP is secure?’ That’s one of the gaps most corporations don’t think about.” CIOs can also help the executive suite create a culture to retain its prized technical staff. “There’s usually a glass wall that separates IT from the rest of the company,” says Amit Basu, SMU’s Information Technology and Operations Management department chair. “Getting to where they’re not disconnected is really important. … You don’t want them to be looking for ways out.”

As companies struggle to keep up with the changing dynamic of business, strategy becomes essential to avoiding litigation. After all, no one wants to end up with a three-year-and-counting legal battle as Oculus and ZeniMax did.