Drive around for even a short time in the new, long-wheelbase Range Rover, and you may start craving tea and crumpets and sounding like Ronald Colman. You know: “Tally ho, old sport,” and all that.

With its distinctive, squared-off profile, this quintessentially British vehicle is hands-down one of the handsomest SUVs in the valet queue. It’s also outfitted with permanent four-wheel-drive, making it ideal for bouncing across creek beds en route to the nearest bird-hunting field, too.

If a “regular” Rover is well-suited to hauling your run-of-the-mill country squire, the Supercharged LWB is fit to transport the Royal Family. Without sacrificing a bit of its exterior good looks, the LWB model we drove boasts a 123-inch wheelbase—nearly 8 inches longer than the standard Rover—and an extra five inches of legroom in the back seat. 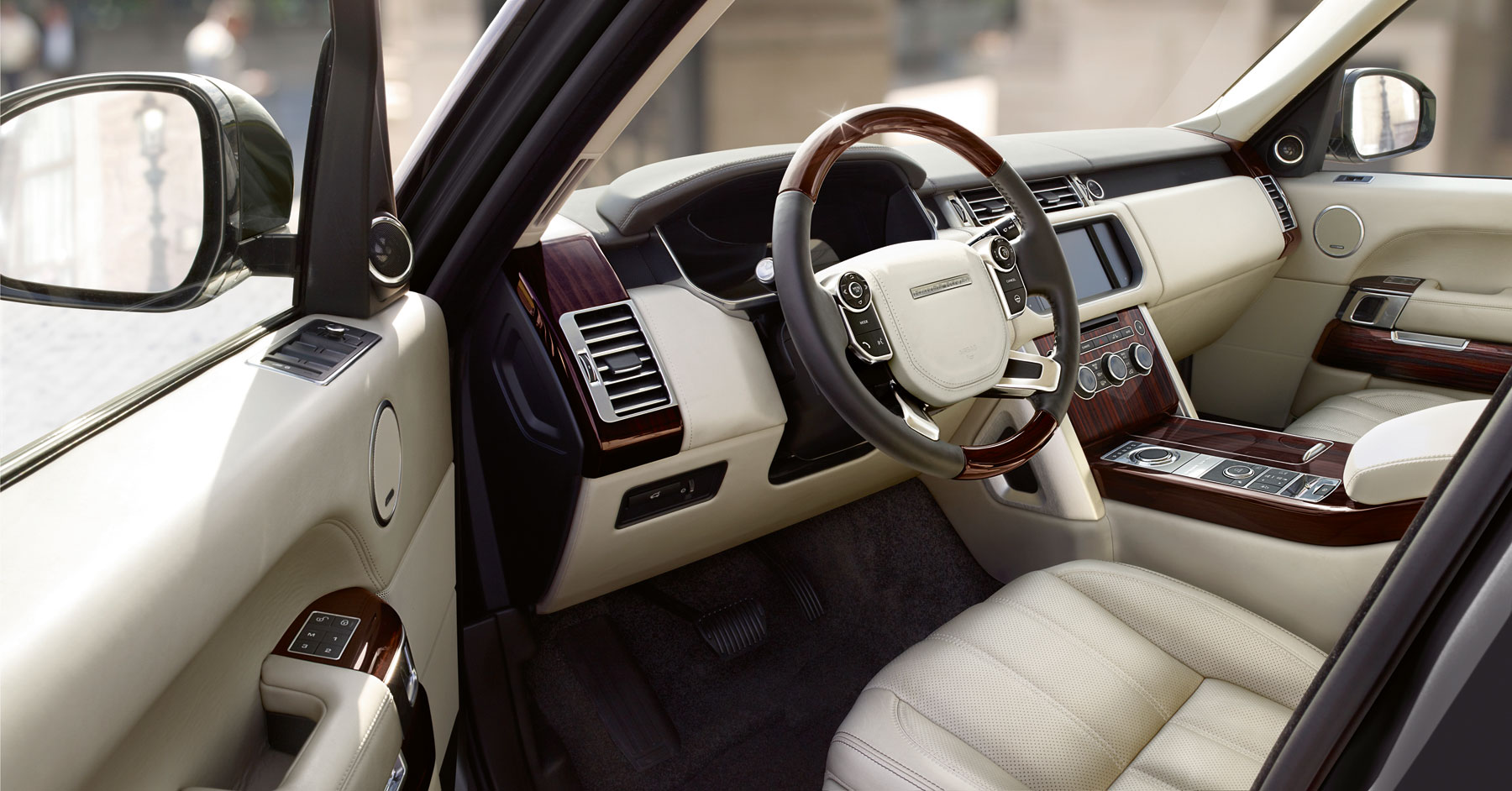 The two passengers in that rear seat ride in fine style, as each has their own entertainment screen with remote control and wireless headphones. They also enjoy rear-side-window power sunshades and a mammoth, extended panoramic moonroof.

Life isn’t too shabby for those in the front seats, either. They sit up high and proud, with a commanding view of the road, surrounded by an ocean of glass. Driver and passengers also are enveloped in plush carpeting as well as in heated seats with lumbar support and “side bolsters” (airline style) on the comfortable headrests. There’s a four-zone climate control system as well.

Lighter in weight this year with an aluminum construction, the Range Rover LWB whooshes from zero to 60 in less than six seconds. The reason: its 5.0-liter Supercharged V8 engine. Hooked to an eight-speed automatic transmission with paddle shifters, the powerplant produces 510 horsepower and 461 pound-feet of torque.

I had one quibble with the vehicle, though I may be in the minority (wouldn’t be the first time). The hiccup involves the Rover’s stop/start function, which has the vehicle saving fuel by killing the engine when it pulls up to a stop.

I’m old-fashioned, I guess, but I want my engine to stay on until I turn it off.