The history of Dallas is incomplete without the images, stories, and original artifacts that document the lives of African Americans in Dallas. In these final days of Black History Month, take note of an important figure in African-American life in Dallas: the late Lee Marion Butts, Sr., who lived from 1924 to 2002. Butts was a commercial photographer and editor of the Dallas Express newspaper, who recorded events and community life in Dallas during a career that spanned the last half of the twentieth century. 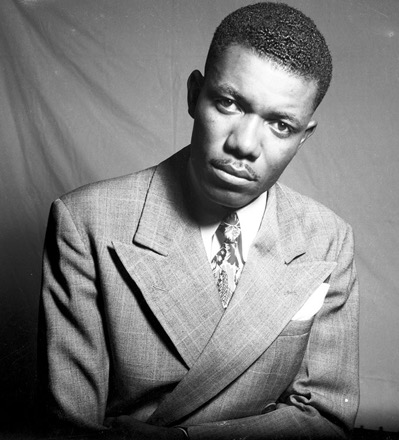 The Dallas Express was a weekly African-American newspaper founded by W.E. King. It was published from 1893 to 1970, and provided coverage not often found in the Dallas Times Herald or Dallas Morning News of the time.

The Marion Butts Photograph Collection is part of the Dallas Public Library’s Dallas History & Archives Division.  The collection includes a number of historic photographs, some of which are available to view in the library’s online catalog.  For those interested in reading issues of the Dallas Express, the Archives Division has the newspaper on microfilm with dates ranging from 1919 to 1928, 1934 to 1963, and 1965 to 1970.

Butts’ body of work documents not only segregation and civil rights, but also business, civic, religious, educational, and social life, as well as visits by famous leaders and celebrity entertainers.

The circa-1946 photograph below depicts one of the locations of the Powell Hotel, the first African-American-owned hotel in Dallas, owned by David Powell. 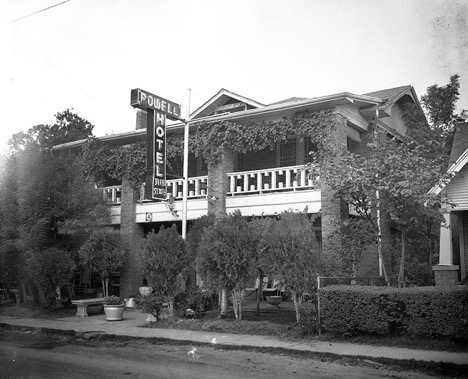 Primary location of the Powell Hotel, the first African-American-owned hotel in Dallas, circa 1946. PA2005-4/209.4, from the Marion Butts Collection, Dallas Public Library

Marion Butts: Lens on Dallas, a project funded by a TexTreasures grant from the Texas State Library,  contains more than 1,800 photographs that Butts considered to be his most important images.

Taken in February 1950, the below photograph shows the 40th Anniversary of the Boy Scouts of America celebrated with a flag raising ceremony at Frederick Douglass School. 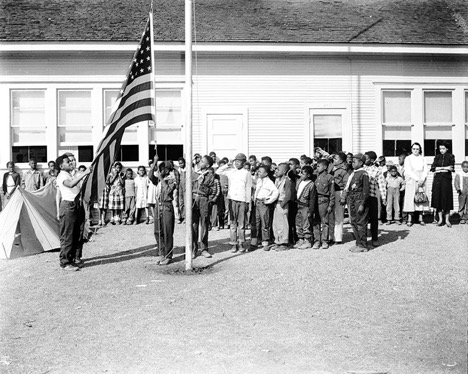 The 40th Anniversary of the Boy Scouts of America is celebrated with a flag raising ceremony at Frederick Douglass School, February 1950. PA2005-4/209.4, from the Marion Butts Collection, Dallas Public Library

Mr. Butts, along with fellow African-American photographers in Dallas at the time such as R.C. Hickman, documented the lives of their community with a truth born of shared experience.  This 1962 photograph taken by Butts depicts R.C. Hickman in his other job as manager of the Continental Bowling Lanes in West Dallas, offering a bowling ball to woman in the crowded bowling alley. 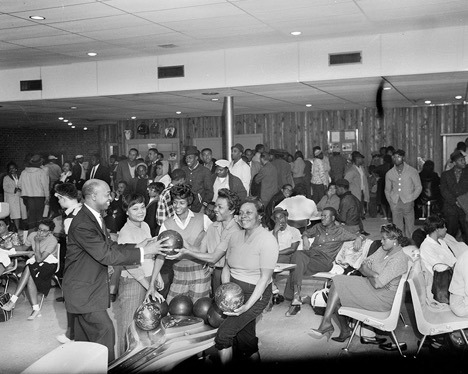 Among the many photographs taken by Mr. Butts of celebrities who visited Dallas is this December 1, 1965 image titled, “Duke Ellington visits Dallas as part of the Dollar Concert series.” 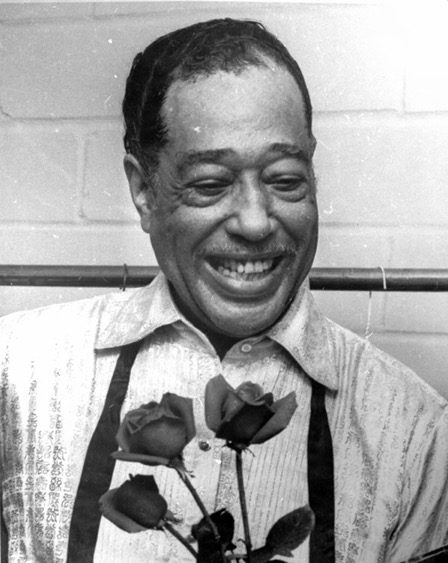 As a journalist, Marion Butts captured a variety of captivating events in Dallas, such as this March 1947 photograph that ran in an April 1947 issue of the Dallas Express.  The image is a fire in a then-unoccupied building at 2203 Hall Street, formerly the Busy Bee Café.  The property, located near George’s Place and Rains Grocery, was owned by J.L. Bumpas. 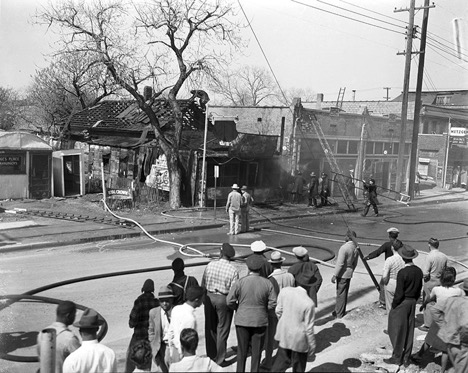 The Archives Division currently has a digital exhibit of Marion Butts photographs focusing on businesses in Dallas owned and/or operated by African Americans between circa 1946-1973. The exhibit highlights the working life of these Dallas citizens, which include many images taken during segregation-era Dallas.  It can be found on the special Digital Interactive Gallery (DIG), located in a prominent area at the end of the main 7th-floor hallway of the J. Erik Jonsson Central Library. The DIG consists of six 55-inch interactive touch screens that allow patrons to touch digitized pieces of Dallas history.

Since 1976, the whole of February has been recognized by the United States as Black History Month. It first began as a week-long celebration in February 1926, conceived by historian Carter G. Woodson and the Association for the Study of Negro Life and History (ASNLH).  In the official description of the month used by place like the Library of Congress and the Civil Rights Center, a quote from President Gerald Ford suggests that all Americans “seize the opportunity to honor the too-often neglected accomplishments of black Americans in every area of endeavor throughout our history.”

Interested in learning more? Try searching the online catalog. Go to “Advanced” and use the “Limit By” option to select “Digital Archive” then type in your topic.