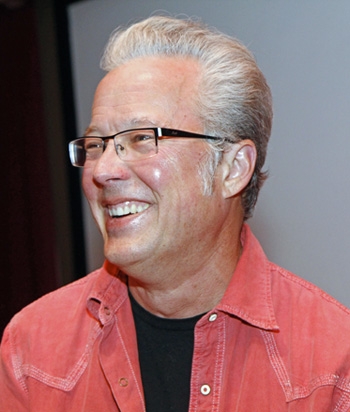 Appearing at a backyard fundraiser Friday at the Preston Hollow estate of Anne and Steve Stodghill, Del Rio-born singer/songwriter Radney Foster hit the final licks on an acoustic version of his 1993 song, “Easier Said Than Done,” then leaned into the microphone and told the rapt crowd: “That’s country music, y’all.” You could forgive him the immodesty, because he was right.

One of the most respected Texans in country music, Foster perseveres as an independent artist, despite never having duplicated the success of his classic, 1992 solo-debut album, “Del Rio, TX 1959.” That record spawned two Top 10 C&W hits (“Just Call Me Lonesome” and “Nobody Wins”), as well as “Easier Said,” which reached No. 20 on the charts, and a fourth Top 40 single.

Last year, after having written hits for the likes of Sara Evans and Keith Urban and producing the Randy Rogers Band, Foster re-recorded “Del Rio” unplugged, on the 20th anniversary of the original’s release. Which is where we began the following Q&A, just before Foster took to the stage to raise money for Dallas’ Trinity River Mission nonprofit.

Why did you decide to remake the “Del Rio” album?

Couple of reasons, one being economic. I’ll be quite honest. I had 10 years of fans coming up and saying, ‘Do you have the ‘Del Rio, TX’ record for sale?’ And I go, ‘No, it’s out of print.’ You can buy it every now and then on eBay, if you find one, and if you find one in a record store, they go for a pretty penny. So, there was that.

You’d literally sold every one of them?

I had, and [Arista parent] BMG would not allow me to reprint in any way.

How many did you sell?

Four hundred and seventy thousand records. Thirty thousand records shy of a gold record. I was like, ‘No, trust me—I could have sold a gold record if they’d just let me print ’em, you know?! [Laughs.] But, BMG was like, ‘They have to print them, they’ve got to do X number of thousands,’ and they want to charge me $8 a record to do it, and I’m like, ‘I don’t have $80,000 to do this, come on.’ So finally, the 20-year anniversary was coming around, and I thought, I’ve seen friends and fans of people who just go and remake the entire thing because they can; they’re out from under the re-record restrictions with their label. I thought, I don’t want to do that, because it would just end up being hack versions of the original—they never have the luster, the magic, the lightning in the bottle of the first one. So I said, ‘Let’s do it differently, then. Let’s do it live to tape, everybody sitting in the room together, where you can’t fix your mistakes. We can do the song again, but you can’t fix your mistakes. Get really great bluegrass musicians and do the whole thing unplugged.’ We did it in front of a live audience, in the studio, and it was a blast, and we did it in three days. So it was a real joy.

Did you literally read different meanings into the songs?

Oh, yeah. In one sense, you remember why you wrote them, and what you wrote them about. The woman I was married to when I made that record, that marriage didn’t survive. I had a child go halfway around the world. All kinds of different things. So when you all of a sudden see a line that you wrote when you were 32 years old, and then you read 20 years worth of experience into it, you go, ‘Well, that is definitely something different than it was before.’ But it also makes you understand the universality of a good song. When you’ve done your job well, it’s almost the same feeling of why people come up to me after a show and go, ‘How did you know exactly how I felt? I just totally had that same experience,’ or they broke up, or they fell in love, or whatever it was. They say, ‘The second verse of that thing, God, it’s like right out of my living room.’ I always say, ‘Our experiences as human beings are pretty common, and I’m just writing ’em down.’

For the indy world, very very well. It was profitable two months after we released it.

Oh gosh, I don’t know; we’re at 20,000 units, something like that. In the little indy world, that’s a lot. That’s a home run! It’s certainly not 470,000, but I don’t have the juggernaut of Arista Records behind me spending millions of dollars. You can’t buy my record at Walmart, but you can sure get it autographed from radneyfoster.com. It’s a different economic model. We sell records one at a time to fans.

You’re so well-respected as a singer and songwriter and producer, yet as a solo artist you’ve never had another big commercial hit like ‘Del Rio.’ Why do you think that is, and does it bother you?

No. I mean, things happen the way they do. I made what I thought was a real good follow-up record to ‘Del Rio, TX,’ but the regime changed at the record label, and there was a guy in radio promotions who didn’t think it was worth his time to get me played. And that’s not uncommon. By the time I made the third record, I had moved from Arista Nashville to Arista Austin, and then the day my record “I’m In”—a song later cut by Keith Urban, and a No. 2 record for him—the day that was released to radio, it was the No. 1 ‘most added single to Triple A radio’, and then Clive Davis closed the division! I sold 17,000 records I know for sure, because I bought the last 4,000. We literally had one week of sales. Those kinds of things, you don’t have any control over that stuff. I was still signed to Arista even after that division was closed, and so I thank God many times for [then-Arista executive] Tim DuBois, who let me have his blessing and let me out of my contract.

Earlier this year, Tom Petty took a swipe at contemporary country music, calling it ‘bad rock with a fiddle,’ saying it lacked the ‘magic element’ brought by previous artists like George Jones or Buck Owens. What do you think?

You know, there’s bad music in every genre out there. Has Tom listened to a rock record lately? Has he listened to any of pop radio at all? I mean, holy smokes! There’s always been good and bad stuff out there. I think there’s some great country music being made right now. But for the most part I think it’s all in different places that you have to go find it. But I will stand Kacey Musgraves’ record up against any ingénue who’s trying to make records. I think it’s incredibly honest and incredibly well-written, incredibly well-produced. I challenge Tom to go get himself a copy and go listen to it.

Who are some other current artists you admire?

They’re not from here in Texas, but man, the Zac Brown Band—those guys are the real deal, they’re great musicians. They came from the whole jam-band thing, yet they were always country in a way, but adding a different element. That being said, one of my favorite records that’s out there is [by] Elizabeth Cook. Does she get played on country radio? Oh, hell no. But she’s got her own show on Sirius Satellite Radio and about to get her own TV show, from what I hear. There’s other ways to skin the cat.

Growing up in Del Rio, who were your big musical influences?

Really, Merle Haggard, Buck Owens, the Everly Brothers, the Beatles and the Stones. And Johnny Cash, too. And really Johnny Cash’s TV show. As a kid, buying 45s or watching the Ed Sullivan Show, all of a sudden this country icon, Johnny Cash, gets a TV show, and he has everybody on from Linda Ronstadt to the Nitty Gritty Dirt Band to Bob Dylan and The Who. It was really cool. Then at night, there was a guy in Del Rio on the old XERF-AM—a quarter of a million watts, you could pick it up at the fencepost—a guy named Paul Kallinger who was on there, and he would spin country music. Paul didn’t care where the country music came from. If it came out of Bakersfield or if it came from some hippie band from San Francisco like Creedence Clearwater Revival or it came from Asleep at the Wheel out of Austin, he didn’t care. If it would keep the trucker awake and he thought it was a pretty good song, he was gonna play it. So you heard Dave Dudley and Ray Price out of Nashville, next to Willie Nelson and Waylon Jennings out of Austin and Asleep at the Wheel, the Nitty Gritty Dirt Band out of Los Angeles and Linda Ronstadt and Creedence Clearwater Revival. As a little kid listening to the transistor radio under the covers, that was pretty cool.

You mentioned Merle Haggard, and I know you recorded “The Running Kind” on the Haggard tribute album back in the ’90s …

Yeah, let me tell you one quick story about that to end with. They had a big concert in [connection with the album in] Nashville, and they wanted to hand a check to Second Harvest Food Bank, because that was the charity that Merle had chosen—for poor folks, for folks who are hungry, he knew all about it. All the bands that were on there were supposed to play, and Merle was supposed to sit in the audience. Well, he shows up for the sound check and he’s got a Telecaster under his arm and he goes, ‘Somebody’s gonna be singing my songs, and it ain’t gonna be me? Hell no!’ So we all sound-check with Merle. Then, Pam Tillis couldn’t make it, and she had done ‘Silver Wings’ [on the album]. So I body-checked Steve Wariner out of the way like a hockey player with the butt of my guitar, and then I shoved Marty Roe from Diamond Rio out of the way, because Merle had gone in and started in on ‘Silver Wings,’ and I was damned and determined that I was gonna sing harmony with him. So I bust my way to the microphone and I’m up there and I start in, and all of a sudden I get this hand on my shoulder, and I look over and Bonnie Owens—who’s mothered both Buck and Merle, was married to both of ’em—and she said, ‘Just follow me, honey.’ And I said, ‘Yes, ma’am.’ So I sang around the same microphone with Bonnie Owens and Merle Haggard on ‘Silver Wings,” and thought, they can shoot me now! I count that as one of the biggest moments of my entire life. Oh my gosh, yeah.