With jobs booming in the suburbs, the “reverse commute” is becoming a new-normal for some Dallasites.
By Peggy Daly | February 24, 2017|12:08 pm
Advertisement

With companies like Toyota and FedEx moving their headquarters to Dallas’ northern corridor, North Texas’ job market is climbing the national rankings. Dallas is now among 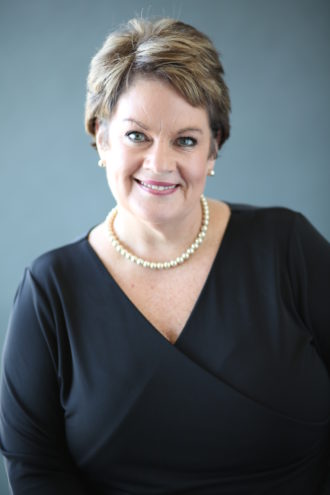 the top five fastest growing job markets in the U.S. While suburban housing mirrors the job market’s skyward outlook, an unexpected bounce is happening for in-town housing as well.

Roughly 100,000 jobs hit the market in 2015, placing North Texas closely on the heels of Los Angeles and New York with 135,000 and 154,400 jobs respectively. Corporate relocations and office developments in Plano, Allen, and Frisco are luring out-of-state jobseekers to the Dallas-Fort Worth area, contributing to one of the largest population booms in the country. But surprisingly there is no angst for in-town multifamily developments.

MPF Research ranked Dallas’ “in-town” market the 14th busiest in the country, with 6,971 units under construction in 2016 and occupancy hovering around 95 percent. With more supply on the horizon, the concern for absorption of this new housing is diminished simply by the real estate mantra: location, location, location.

The in-town living trend has been mirrored in large cities nationwide. Since 2008, the resurgence in in-town living is well documented in cities like Dallas, Atlanta, and Charlotte, joining stalwarts Chicago, Los Angeles, Minneapolis, and other “urban” markets. It’s the appeal of living in proximity to highly walkable, urban environments, with access to “local” restaurant and entertainment venues, arts, culture, and sports without the restraints of a single-family home on a half-acre lot. Far from just a millennial trend, multiple generations are eschewing the suburbs for a richer, more cultural experience they can call home.

But with jobs booming in the suburbs, the “reverse commute” is becoming a new-normal for some Dallasites. Monogram Residential Trust’s assets are located close to the urban core, and currently more than 20 percent of residents in our in-town communities make a reverse commute. That number continues to increase as the allure of a walkable lifestyle and urban living makes the decision appealing.

The modern workplace also is fueling this change in lifestyle priorities to in-town living. As technology allows employees to stay increasingly connected and work remotely, the barrier between the workplace and home has deteriorated, along with the traditional 40-hour work week.  According to the Bureau of Labor Statistics, 24 percent of U.S. workers did at least some of their work from home in 2015, up from 19 percent in 2003.

Of course, traffic is always a consideration. We’ve all seen the nightmare traffic on Dallas roadways worsen during prime commuting hours, particularly along your traditional commute routes into town.  Hence, access to transportation is becoming an increasing priority. Progressive real estate professionals are thinking outside the box in offering amenities related to transportation. Property managers downtown are considering the use of Zipcar, providing a set of wheels to run errands or get to meetings during the day. Employers located along DART rails are offering employees discounted passes. Apartment communities or businesses near DART are considering shuttle buses similar to what’s been done in Silicon Valley.

Still, with the continued job growth boom from these corporate relocations, soon the headlines will read “Reverse Commute is All the Rage”. These national shifts in lifestyle trends, coupled with continuous job growth across multiple sectors of the DFW market, promise a favorable outlook for multifamily in the long run, especially in the highly desirable urban core locations.