Featured in A Guide To Italian Food In Dallas

It wasn’t until the Dicarlo family embraced its Italian heritage in the ’90s that Jimmy’s Food Store transitioned from a generic corner shop to a citywide destination for meatball subs, Brooklyn-made ravioli, and hand-dipped ricotta. Brothers Mike and Paul stock the produce and wine, and Paul’s son Tony tends the rows of dried pasta. But it is sister Mary Francis (née DiCarlo) who is in charge of the sweets.

As a little girl, Francis baked with her maternal grandmother, measuring flour and sugar with her hands and gauging the length of sesame giuggiulena cookies by the crook of her thumb. Every year for the Feast of St. Joseph, she baked alongside nonnas and zias for days, making thousands of cannoli shells and cookies. Her mother, Marie DiCarlo, was the cream-puff queen of Dallas.

When Hurricane Katrina wiped out the stock of cookies that was supposed to arrive from New Orleans, Francis stepped in as a stopgap at the family store and hasn’t left since. She proudly calls the station where she works at the end of the deli counter “the smallest bakery in the world.” (It’s smaller than a cell on death row—she measured.)

Francis is a living glossary of Sicilian cookies: fig-filled cucidati, giuggiulenas, tarallis, snowballs, pignoli, lemon drops, and anisetti. She knows the stories behind the whole repertoire named for saints, including the “virgin’s breasts” with maraschino cherry nipples, in honor of the chaste St. Agatha, patron saint of Catania. Her grandmother didn’t let her make those.

A fire destroyed most of Jimmy’s in 2005. After, Paul added the Circolo del Vino room for wine dinners in the back, in a space that used to be the barbershop where Tony got his hair cut. Now, it’s a place to retreat with a muffuletta and fig cookies or a slice of Italian cream cake.

Francis’ creations were dubbed “My Sister’s Cookies” by Paul DiCarlo. All year round, they include: 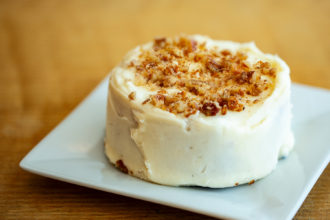 A spiced Italian cream cake with walnuts and a simple icing. 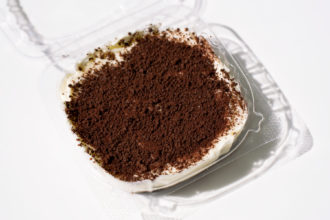 Decadent tiramisu, liberally soaked in cognac and topped with a generous layer of whipped cream and grated dark chocolate. 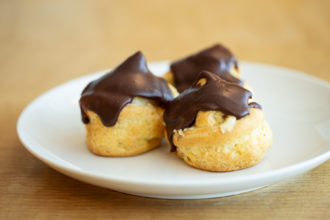 The cream puffs Francis’ mother made, which were legendary. Wherever they went, Francis says, “We always got there a little late, so she could make an entrance [with them].”

A History of Italian Dining In Dallas

A True Italian Cafe In Dallas