Featured in A Guide To Italian Food In Dallas

Wende Stevenson, who now owns MoMo Italian Kitchen with her husband, Aaron Gross, entered the restaurant business working for Antonio “MoMo” Gattini in the late ’80s. She was 21. He was, she says, “the most fascinating man I’d ever met.” Fresh from Italy, he presented traditional dining in courses—primi and secondi—and was not interested in making concessions. Pasta sent out with the main course? Never! “I apologize, I’m Italian,” Gattini said in a disclaimer on the menu. Dallas had to be taught.

The bulk of the North Dallas restaurant’s recipes came from his mother, Fernanda Gosetti, the Julia Child of Northern Italy. She wrote more than 50 cookbooks and, along with her two sisters, revived the Milan-based culinary magazine La Cucina Italiana. Illustrations from the Gosetti cookbooks dotted MoMo’s menu, which was used until a few years ago. Part history lesson, part primer, it traced the origin of pizza to the ancient Greeks and cited the first documentation of the word “maccheroni.”

MoMo’s specialties were the dishes of Northern Italy: risottos and ris in cagnon, the creamy wedding rice dish that Milan is known for, with veal rolls cradling prosciutto. Diners came for Northern-style lasagna, with a rich béchamel replacing the tomato sauce, and for desserts like zabaglione (an egg custard flavored with Marsala) and ice cream dishes—amarenata and sciuscia—from Gosetti’s repertoire that you couldn’t find anywhere else in Dallas.

When Gross and Stevenson bought MoMo Italian Kitchen in 2017 from Gattini’s son Carlo—who had gone on to the gelato business with Botolino Gelato Artigianale—they kept the recipes. MoMo had always been their favorite restaurant and date-night spot, even when they’d gone on to other jobs at The Green Room, Mot Hai Ba, Shinsei, and Lola. The old menu remains as a relic, tucked in a drawer. 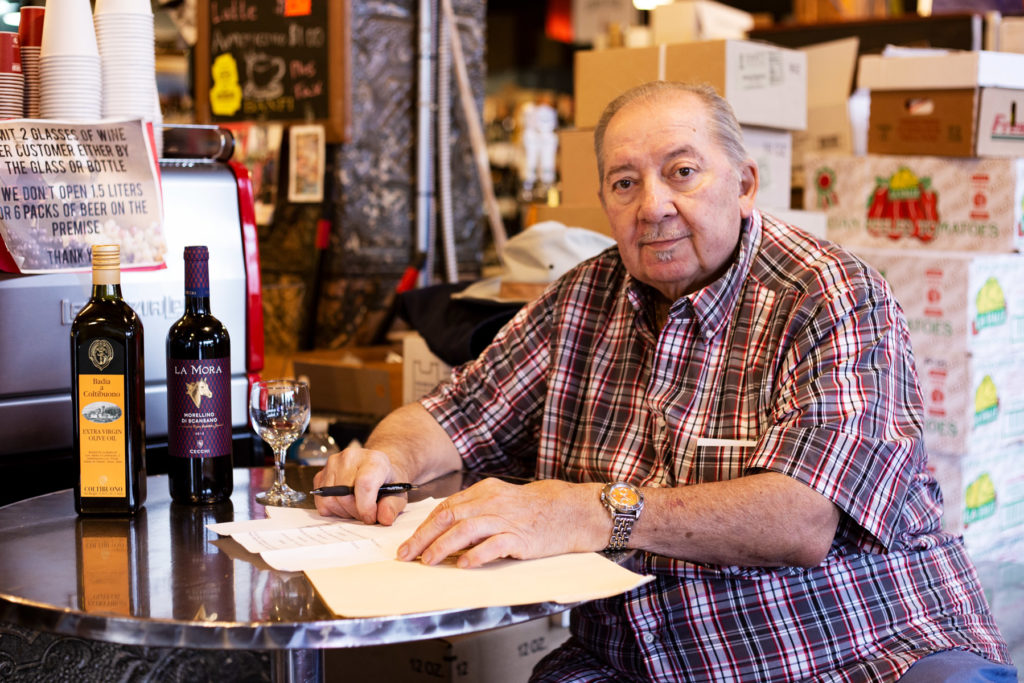 Opened in 1950, Il Sorrento was the first to offer outdoor dining (there were 55 indoor seats and 44 on the patio). Messina’s elegant restaurant served house-made pasta; an imported espresso machine brewed after-dinner coffee. The menu included veal cutlets, Caesar salad, and zabaglione, and a romantic dinner was accompanied by fine wine, strolling musicians, and candlelight. The first iteration on Lovers Lane migrated to Turtle Creek Blvd. Dallas’ first Italian restaurant, with its Venetian canal scenes and statues in the parking lot, closed in 2003, but gave its name to the Sorrento condominiums that replaced it in Highland Park.

This was the first restaurant for Alberto Lombardi, who began his culinary career as a busboy aboard a Norwegian cruise ship that allowed him to spend three years touring the world. It opened in 1977. In Dallas, Lombardi had been assistant manager of the Pyramid Room and then general manager of the Venetian Room. Lombardi Concepts now includes Bistro 31, Taverna, the French bistro Toulouse, and Penne Pomodoro, but the now-closed Lombardi’s was known for having a wood-burning oven that turned out fluffy focaccia and burnished pizzas like nothing anyone had tasted in Dallas.

In 1983, Alessio Franceschetti opened a restaurant like a personal signature, which moved from its original location on Lemmon Avenue and Lomo Alto in Highland Park to a prime position across from Jimmy’s Italian Food in East Dallas, where Franceschetti, now sans restaurant since Alessio’s closing, acts as caterer and unofficial fixture most days of the week.

The Impresario’s Guide to Pasta