He’s now in his 10th year and second term serving as Dallas ISD’s superintendent. Many people deserve credit for the district’s nationally recognized turnaround (especially the hard-charging interim super, Mike Miles), but the reforms started with Hinojosa, and they continue under him. Big bonus: his testimony and public support of HB3 helped overhaul Texas’ school-​finance system.

The tongue-popping former Miss Gay America and star of RuPaul’s Drag Race runs an award-winning dance studio in Mesquite. She also had her own docuseries and just released a makeup line with Anastasia Beverly Hills. Vulture named her the fifth-most-powerful drag queen in America. We just want to be her friend.

Her voice has increasingly resonated since she took the Dallas Morning News’ Metro columnist job in mid-2018. She’s as comfortable holding public officials to account as she is taking a back seat to the characters in her columns. And Grigsby is about the only person in Dallas regularly casting a critical eye on suburban politics.

The Dallas Morning News writer helped expose the Atmos missteps that led to a gas explosion and the death of a 12-year-old girl last year, spurring legislative action in the spring. Her 2017 investigation of Tony Timpa’s death resulted in indictments against three Dallas police officers. She’s the goods. 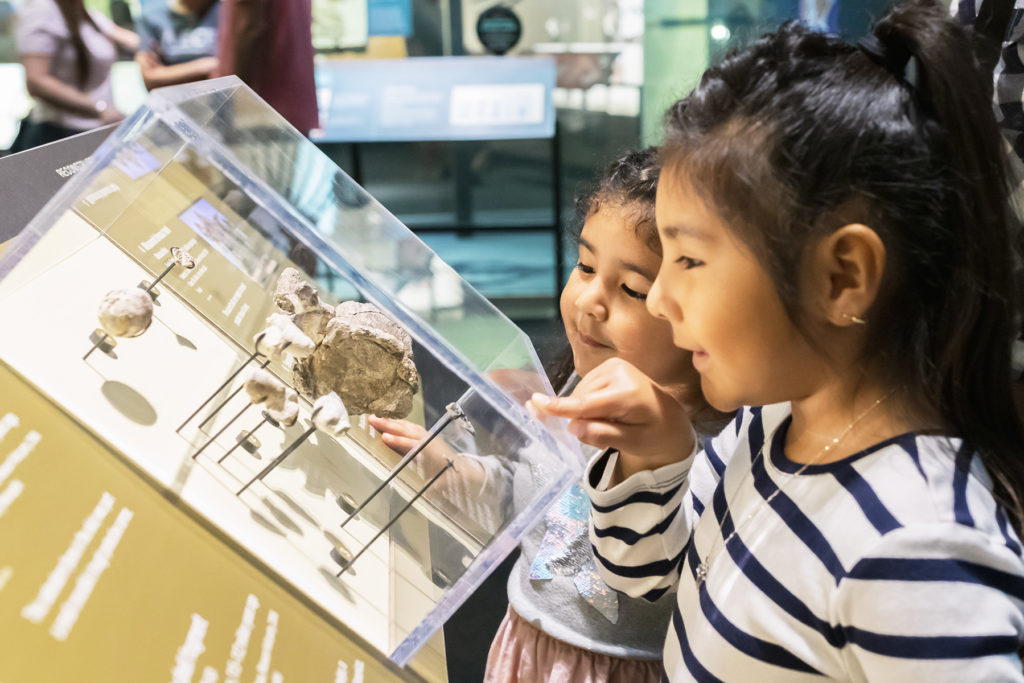 Perot Museum of Nature and Science

Like parents who hide diced veggies in their kids’ mac and cheese, the Perot creates hands-on exhibits so fun kids won’t even realize they’re learning. Though the museum appeals to all ages, we love that it doesn’t overlook the under-5 set, with an imagination-stimulating mini city reserved especially for them.

The past year proves why Tina Parker’s company remains one of the best independent theaters in Dallas. Acclaimed premieres of plays like Steve Yockey’s Reykjavík and Marisela Treviño Orta’s Wolf at the Door anchored a season that also included exciting collaborations with groups like Cry Havoc.

Founded with a small grant from the Office of Cultural Affairs, Cry Havoc filled a void in the local theater scene many didn’t know existed. The youth theater taps teenage talent to produce new work that tackles a range of difficult issues, from immigration on the Texas border to gun violence in schools. The results are often as raw, affecting, and provocative as anything any adult theaters in town are producing.

When the Dallas Art Fair scorned the gallery this year by not offering its usual booth, Talley Dunn responded by pulling out of the fair and launching the perfect counter-exhibit: an installation of Houston artist Bill Davenport’s marvelous collection of curious junk.

Opened last year, the 80,000-square-foot indoor water park is the largest in the country with a retractable roof. There are 11 slides, but the one you’re the most excited to ride is the Lasso Loop, which is, again, the tallest of its type in the country under a roof. 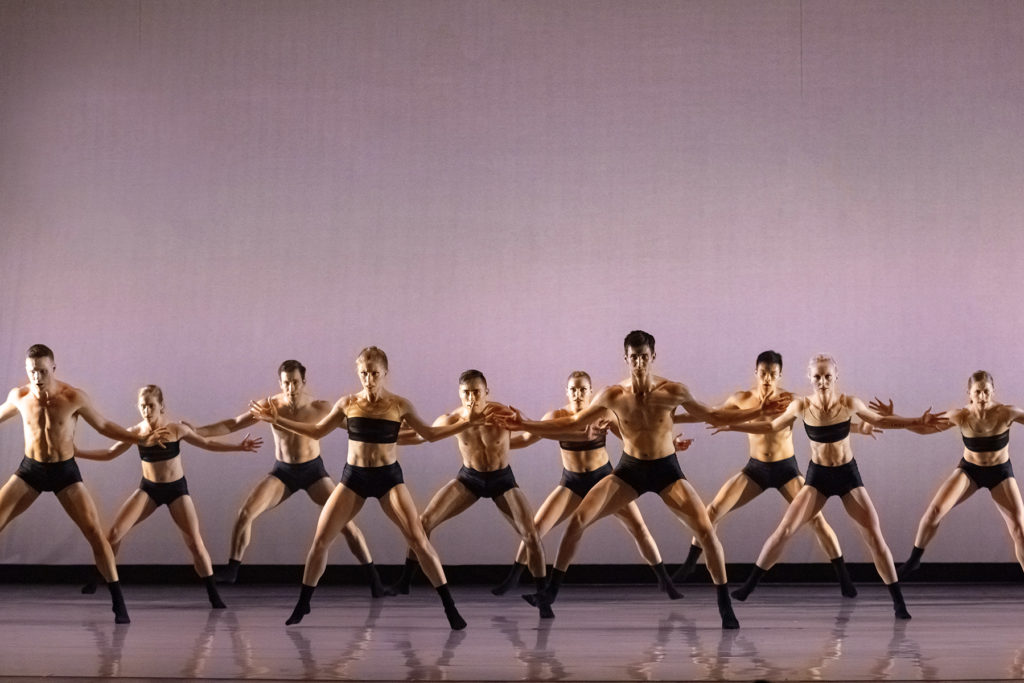 Since launching in 2011, Bruce Wood Dance has been a formidable creative force in Dallas, remarkable for both its technical excellence and its emotionally charged performances. True to the philosophy of its late namesake, the company continues to build its practice with tenderness and humanity.

Oak Cliff native Yella Beezy broke out of the Dallas rap bubble last year with the unexpected hit of the summer, “That’s on Me.” He’s been steadily gaining traction since, collaborating with heavy hitters like Gucci Mane, Quavo, and Pharrell. The latter produced “Rich MF,” the perfect anthem for summer 2019.

There’s something to be said for a radio station that can get you through rush hour with a calm head. KRNB mixes a smooth blend of classic and contemporary R&B—from Aaliyah to John Legend—that will leave you feeling grown and sexy. 833-999-1057 (request line).

His depth of music knowledge is scary. His voice is friendly and welcoming. While listening to tunes suggested by his loyal audience and filtered through his discriminating sieve, your ears will take you to unexpected places. Only Slavens can transition seamlessly from Dusty Springfield to Explosions in the Sky to A Flock of Seagulls. Sundays at 8 pm on KXT 91.7. 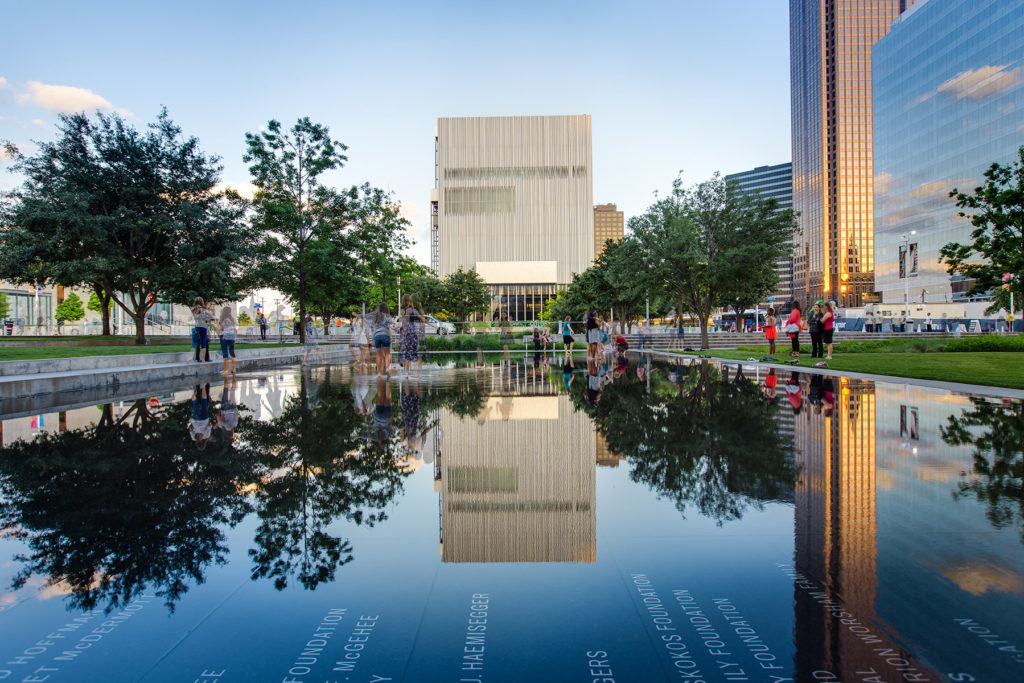 When it opened, the Wyly Theatre’s austerity pleased fewer crowds than the stunning acoustics of its two classy neighbors, the Winspear Opera House and the Meyerson Symphony Center. But the space—imagined by Rem Koolhaas’ architecture firm to shape-shift with each performance—has provided the blank canvas upon which the Dallas Theater Center (and others) work wonders.

As long as this is the only place in Dallas where you can watch an eight-hour, Soviet-produced adaptation of War and Peace; the silent film version of The Phantom of the Opera with live-score accompaniment; the latest indie releases and repertoire screenings; a slew of Tuesday-night trashy B-movies and film festival offerings; and humorous prescreen promo reels produced in-house and featuring the likes of Werner Herzog, it will remain on our list as the top movie house in Dallas (and the United States, for that matter). 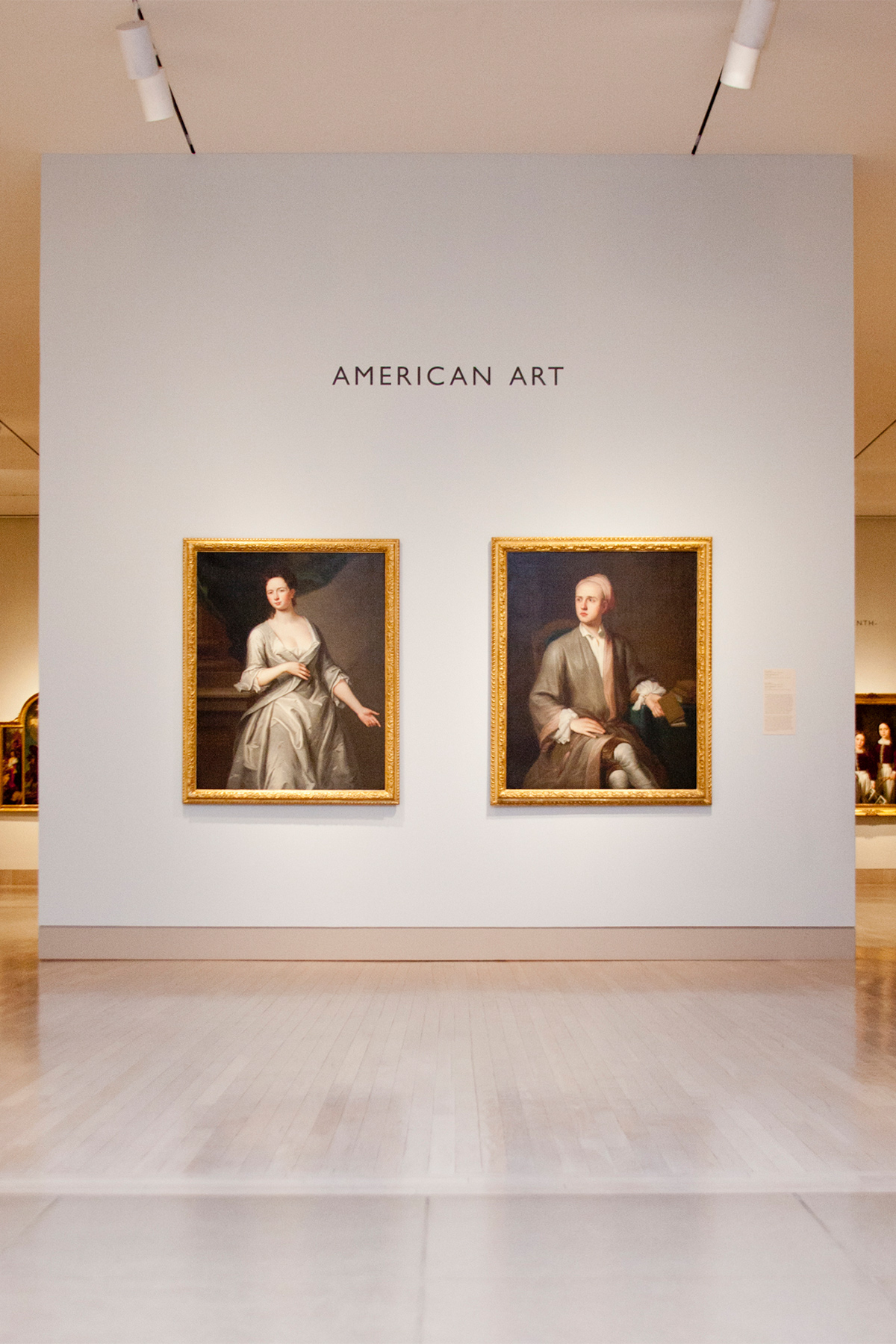 Over the past year, programming at the DMA has been as varied as it has been fascinating. From presenting the first solo museum exhibition of celebrated contemporary painter Jonas Wood to a mind-blowing retrospective of Dior haute couture, the museum keeps giving us reasons to go back for more.

He has toiled at Fox 4 for 25 years, even as his natural hair had to be replaced with a toupee (inside joke). And now he’s doing the only live, local, late-night TV show in North Texas, Free4All, airing at 10:30 weeknights. It’s goofy and good and experimental. The old man still has it. Well, some of it.

The Dallas Observer’s dining critic sees the culinary world at the intersection of politics and culture. Scouring the city and suburbs, he feasts on food that’s Jordanian, Sri Lankan, and Nepali, and he writes about misogyny, health inspections, and craft breweries. Point is, he doesn’t just write about food; he’s a moral compass for the city. 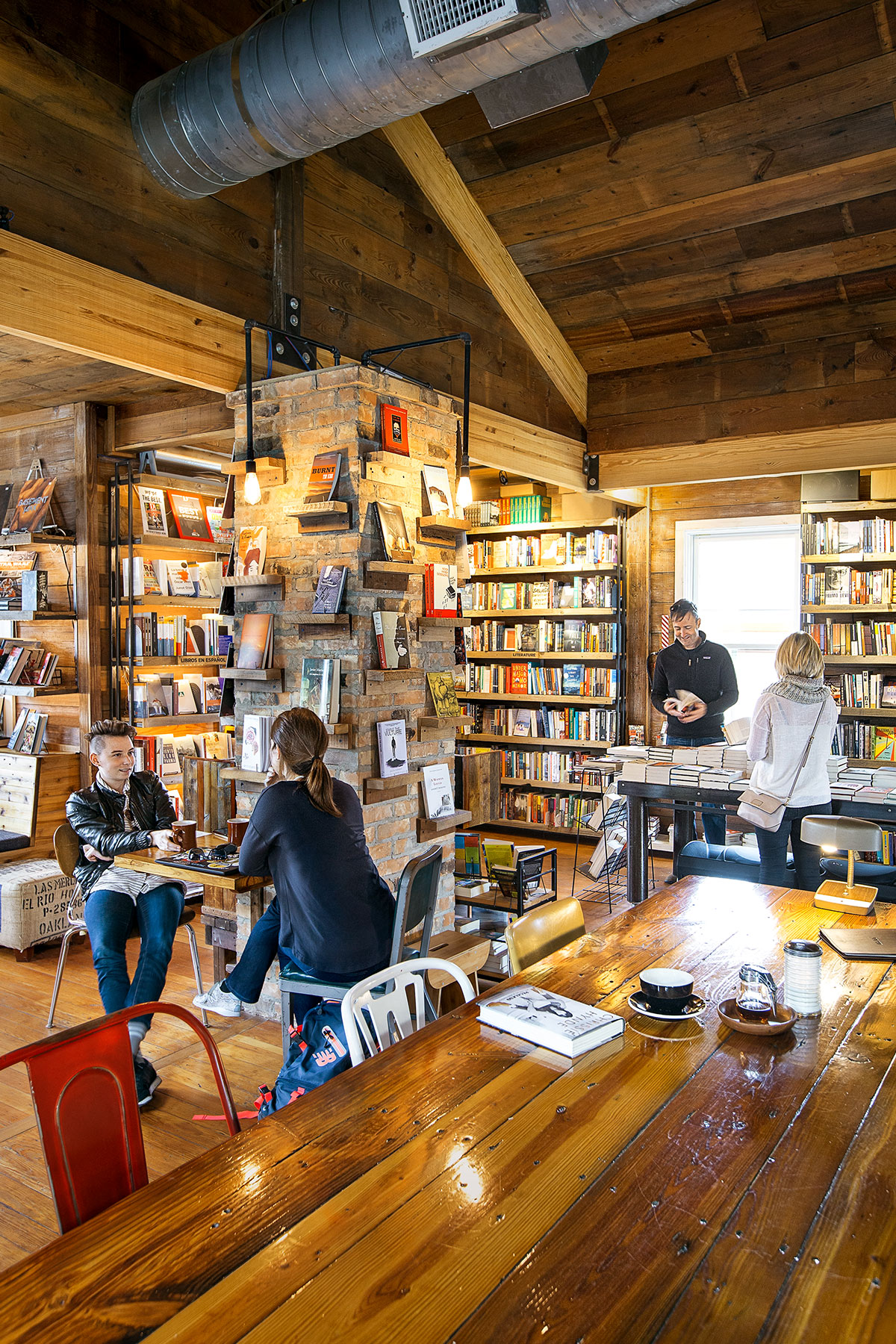 This is where we go on Bumble dates, because it has everything we need. A cortado and a poetry reading to get the conversation started. A light bite and a glass of Malbec on the patio if things are going well. And, if not, there’s always a hot Argentine author we can take home instead.

It seems ridiculous to think about now—after a Rookie of the Year season in which each week seemed to bring another no-way-no-way-no-way-YES buzzer-beating shot or blind, beyond-his-years crosscourt pass or personal 11-point run when he seemed to be playing another game and on the verge of another sport—but there was a time when people thought our Slovenian son might struggle. And he’s not even in shape yet! The future is here, indeed.

Do you remember 1999? North Texas went nuts for the Stars on their Stanley Cup run. Even people who didn’t care about hockey got pumped. Last season brought those memories flooding back. In their semifinal series, in game seven, against the team that would go on to skate the Cup, the Stars took it into a second overtime. We were thrilled.

In a year or two, Dirk’s No. 41 will hang in the rafters of the AAC. Somewhere outside the arena will be a statue that forever commemorates his signature one-legged fadeaway jumper. But no one will need either of those to remember what he meant—and will always mean—to the Mavericks and Dallas and basketball in general. He’s not just on the Mount Rushmore of Dallas sports. He’s all four faces.
Advertisement