Some things just leave me in stitches. Like this idea at CNN. 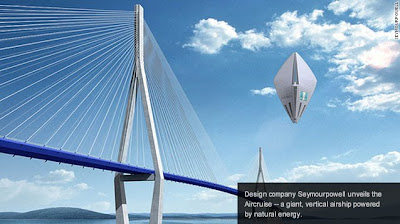 Apparently, we all need to stay in hotels in the sky. Are our cities so deplorable that it defines luxury to get away from them? I don’t think so. It’s not like we’re in Beirut or Baghdad here. Certainly not at exactly the same time that value and demand is returning to urban cores while poverty and crime is making its way to the suburbs.
Efforts like these are tremendously funny for their over the top ridiculousness, typically when they are efforts to distinguish class. Or they can also be incredibly offensive, like when they are experiments on the poor, most often explored and made visible after a disaster.
This isn’t exploring new territory really. It is walking down an intellectual cul-de-sac masquerading as real problem solving. You don’t get very far down the road until you realize no one is following you and have to turn back.
It is what I often call, unapologetically, “starchitectural douchebaggery,” only a far more malignant strain of the virus. These efforts often aren’t so much conducted by an established starchitect as it is by a wannabe starchitect, looking to make their mark. They are constructing their efforts for fame and glory on the same logic we are seeing discarded throughout the world (or in some cases, even washed back out to the seas of uselessness).

I’m gonna make a zoo in a submarine at the bottom of the ocean! Won’t it be great?! 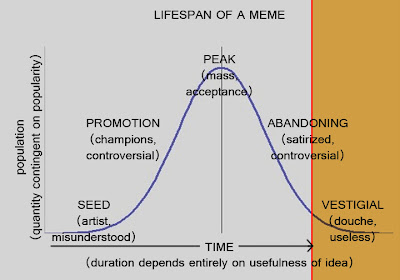 (City Center in Las Vegas, Burj Dubai, Jersey Shore, and these guys, moderately NSFW – all popping bottles of Grey Goose, seeking acceptance within a higher echelon. Looking to capitalize on a mass movement that has already moved on by, now open to mockery and scorn. Tragic figures really, the lot of them.)
The problem evident here is that the architects responsible (and the cheerleaders/sycophants) are mistaking novelty for creativity. I expect this problem is at least two-fold: first is the ideological bent that has transformed architectural schools into factories sculpters (both real and digital) rather than problem solvers through building. Second, is the financial engineering that created boat loads of funny money.
Ever notice how stupid both individual and group decision-making can get when money loses its value? See all of the above.
As for the implications, Bill Hillier wrote in Space is the Machine (an analytical counter-examination to Le Corbusier’s building as machine):

Because theories can be wrong, architects need to be able to evaluate how good their theories are in practice, since the repetition of theoretical error – as in much of the modernist housing programme – will inevitably lead to the curtailment of architectural freedom.

The way to prevent losing freedoms in the real world is to grow up and act like an adult.
Adherents to the cult-like obsession with self-indulgent novelty seeking, like to cast this as “neo-traditional,” because in their mind, there is no worse insult in the world than to be considered repetitive of the past. In reality, what is important is empiricism (or the objective application of what has proven to work) and that style is often rather unimportant. Douches, architectural or those found at your nearest club, all interested in novelty and the superfluous. Vapid vestiges of a disposed collective husk of our former selves.
When it comes to shaping the world around us and that which we operate within, architects are our representatives. We seek comfort first, then beauty. This is hard wired into our DNA. We know it when we see it. Or, I should say, when we are within it, because of the digital sleight of hand architects and designers so adept with their renderings.

Hey look! Tons of people, that must be how it’s gonna be! And, they’re all young, healthy, thin and white! This building will create a magical dreamland!

(author of this blog does not endorse any of this quote) 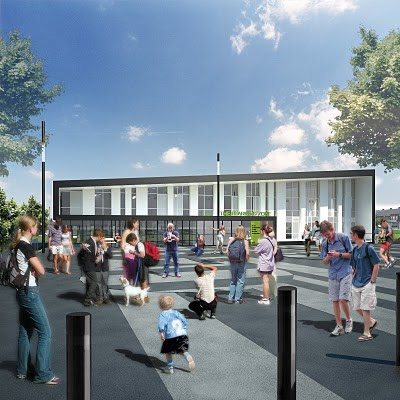 However, as always, there is a necessity for creativity. The difference between novelty and creativity however is similar to that between comedy and slapstick. It is Chappelle show vs. Mind of Mencia. It is Extras vs the American Office. It’s David Cross vs Dane Cook. One lives through subtlety and nuance and exists in the first part of the bell curve/timeline above; the other on the back half. One leads, the other tags along.
The difference comes with what is useful, particularly now. Perhaps rather than thinking about how we can make hotels in the sky, or colonize the moon, or casinos under the sea, we should be qualitatively improving that world within which we live rather than seeking to quantitively expand that world:

How can city building respond to a difficult market in a difficult time?
How can I address the problem of sprawl with infill housing, when conventional building methods/materials or existing financial mechanisms prove antiquated or preventative?
How can I be green and still build affordably?
How do we address the issue of mobility in a sprawled out, unwalkable city without suffacating the project’s design AND budget in “required parking”?
How do we repurpose our hyper-efficient dying, assembly line industries to meet the massive pent up and as yet unmet demand for in-town affordable housing with access to choice of transportation mode?
How can we overcome the financial instruments behind real estate and their demand for quick return on investments when the best buildings and cities are long-term, shared benefits?
How can I meet market demand for all of the above and still execute it elegantly?

I find this to be the fundamental problem with ReVision Dallas. The entries, at least the winning ones, look like science projects; amateur attempts at problem solving. Many are clunky because they lack identity. They are bad amalgamations of the quest for the future meme (sustainable and community-oriented), but designed by the hand and ambition of the past (superficial, expensive, self-indulgent).
Someday soon, we might grow up and embrace subtlety. Or perhaps, these are all necessary experiments to find the boundaries of what is ridiculous as we’re caught in the tidal shift of two memes.