Autumn at the Arboretum Comes Alive This Weekend

Autumn at the Arboretum Comes Alive This Weekend

Sure, fall doesn’t officially start until the equinox next Wednesday. But as far as North Texans are concerned, autumn begins as soon as the Dallas Arboretum kicks off its beloved seasonal event.

Autumn at the Arboretum comes alive this Saturday, September 18, and will run through October 31. As always, the acclaimed festival includes a Pumpkin Village filled with 20-foot-tall decorated pumpkin houses; the display incorporates 90,000 pumpkins, gourds, and squash sourced from the West Texas town of Floydada. You’ll also find 150,000 fall-hued flowers–marigolds, chrysanthemums, and more–blooming across the Arboretum’s 66 acres.

The festival, which is now in its 16th year, has adopted a Bugtopia theme for 2021. Expect to see photo-worthy displays like towering insect topiaries, a bug-themed maze, and an 18-foot-long dragonfly crafted from plants. 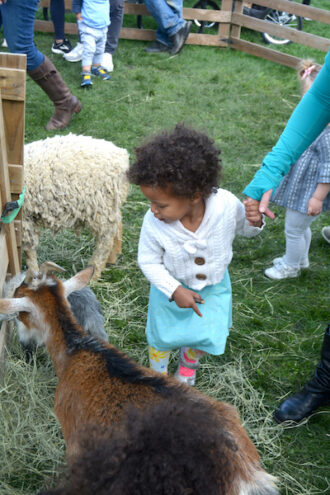 An Insect Encounters tent will feature hands-on programming like live insect demonstrations, nature-inspired art projects, expert chats, and a beneficial insect release, where attendees can handle and release bugs that will pollinate the Dallas Arboretum. On Mommy and Me Mondays and Tiny Tot Tuesdays, kids are treated to face painting, a petting zoo, music classes, and a shoppable pumpkin patch. Family Fun Weekend (October 9-10) and Halloweekend (October 30-31) will include similar family-friendly offerings.

Adults will find plenty to do, too. In A Tasteful Place garden, guests can sample bites prepared with seasonal produce like figs, rosemary, and sweet potatoes. On Mondays, enjoy complimentary cooking classes with Chef Aaron Hubbard. On Tuesdays, attend demonstrations on everything from flower arranging to vegan baking. Wine Wednesdays will feature wine tastings and pairing tips. Each weekend features live music from local bands. 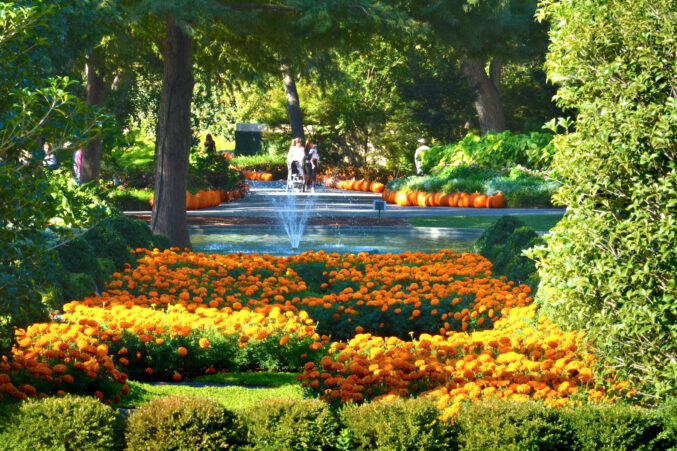 The six-week Autumn at the Arboretum festival is rounded out with guided walking tours, horticulture demonstrations, harvesting classes, and a plethora of other fall-themed activations. Check out the entire itinerary here, and keep an eye on the Dallas Arboretum Instagram account, @thedallasarboretum, for a first look at this year’s displays.

Event admission is $17 for adults, $14 for seniors 65 and older, $12 for children ages 2 to 12, and free for Dallas Arboretum members and children under two.