Enjoy unlimited access to all of our incredible journalism, in print and digital.
Subscribe Now
Advertisement
Fitness

Spoiler: A lot of you were streaming. Fun fact: out of all major U.S. cities, Dallasites are the most likely to book a class at lunchtime.
By Emily Heft | December 18, 2020|3:47 pm
Advertisement

Every year, fitness platform ClassPass releases a data-driven summary of its 2020 workout trends. We’re always curious to see which classes, studios, and genres come out on top, but even more so after an unprecedented year of sheltering in place.

Gyms and fitness studios, especially those that are independently owned, have been hit hard by COVID. They’ve withstood months-long closures, new occupancy limits, and a customer base wary of returning, even when permitted to do so. With the pandemic still raging, gyms are not the safest settings.

ClassPass has worked with their partners nationwide to develop virtual programming, helping over 5,000 studios launch their first-ever livestream classes. As a result, 81 percent of ClassPass members continued to work out using virtual options, the company says. 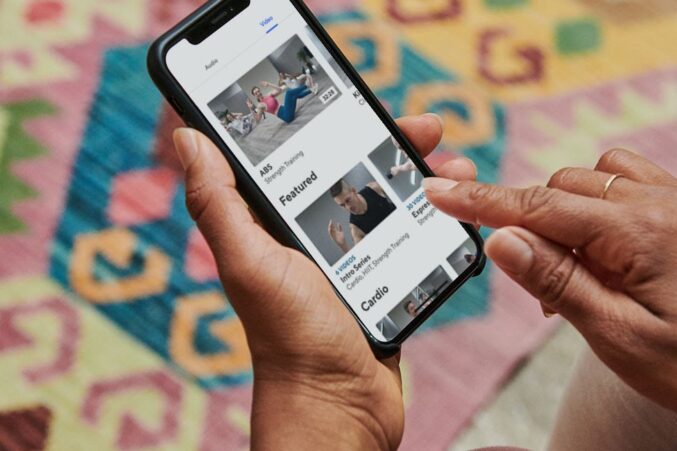 According to the 2020 trend report, the most popular virtual class types were yoga, Pilates, Barre, dance, stretching, and boxing. These are national numbers, the app company didn’t provide anything locally.

But in May and June, as pandemic stress mounted, ClassPass users unwinded by booking 25 percent more yoga classes. Yoga was also the most popular class genre for those booking their first digital class. Restorative offerings were popular, too–meditation and stretching were among the top 10 on-demand activities booked through the app.

In July and August, ClassPass saw an upswing in outdoor class offerings. Four out of five ClassPass subscribers felt comfortable working out in fresh air.

Eventually, studios began to reopen with new COVID precautions. ClassPass added a feature that allows members to preview the safety and sanitation practices at each studio, like contactless check-in or spaced-out equipment. Because many members don’t have a Pilates reformer or stationary bike to use while sheltering in place, bookings surged for equipment-heavy classes.

For the first time ever, says ClassPass, the most popular weekday class time is 12 p.m. (Dallas won the “Lunchtime Warriors” award–we are the city most likely to book a class between 11 a.m. and 12 p.m.) The top-booked time slot for weekend workouts was 10 a.m. The most popular day to work out? Wednesday.

Barre3, a national studio chain with locations in Coppell, Frisco, Plano, and Richardson, offers workouts that blend ballet barre, yoga, and Pilates. Intimidated to try barre? This studio is a great place to start. Its instructors are mindful of the fact that everyone’s fitness levels are different, and modifications are offered throughout the class.

It’s no surprise that Class Studios’ virtual offerings were a hit. It’s one of ClassPass’s highest-rated studios and won the app’s People’s Choice Award in 2019. Both locations–West Village and Preston Center–offer Cycle and Train classes set to playlists like “Travis Scott vs. Beyoncé” and “Hip Hop Holidays.”

Pure Barre was one of the first barre chains in the country, and with a location in nearly every suburb of Dallas, it’s as popular as ever. Each studio offers its own live classes; first-timers should try Classic, but if you’re looking for an extra boost of cardio or resistance training, try Empower or Reform.

To try ClassPass’s virtual offerings, check out their free class library. You can also sign up for unlimited livestream classes for $9/month.

From free barre classes in Klyde Warren Park to a hiking and yoga session at Cedar Ridge Preserve, here are the workouts we're eyeing this month.
By Emily Heft
Fitness

After a year of livestream workouts, Dallas ClassPass users are eager to return to their favorite studios. Of the 15 most-booked experiences in our region, none are virtual.
By Emily Heft
Events