Photographer Julia Newman and her family moved from New York City to Lakewood at the beginning of March, just as the country began to shut down with stay-at-home orders putting everything on pause. Newman saw her usual workload—shooting corporate interior architecture for high-end fashion houses, in addition to weddings and family portraits—shrink. With most of her clients still in New York, she and her husband, a musician whose out-of-state work likewise halted, wondered how to fill their free time.

“That’s when we decided to start the project,” said Newman on her philanthropic photo series, The Front Steps Project, which as made her the most in-demand photographer in Dallas.

The original Front Steps Project was founded by photographers in Massachusetts who offered donation-based photoshoots to support local philanthropies. Each portrait session is quick and quotidian, with families posing casually outdoors. In just a few shots, their energy and personality are captured on film.

Newman had participated in a similar mini-shoot series in New York. “I was [already] used to getting many images in a short amount of time,” said Newman. “I was also set up on the back end: an online scheduler, automated emails, and so forth.”

She contacted the original Front Steps Project team in mid-March to set up a Dallas offshoot. From there, she posted on a Lakewood Facebook page and Instagram account to explain her idea and introduce herself to her new neighbors.

The concept was an instant success, and Newman can barely keep up with the demand. 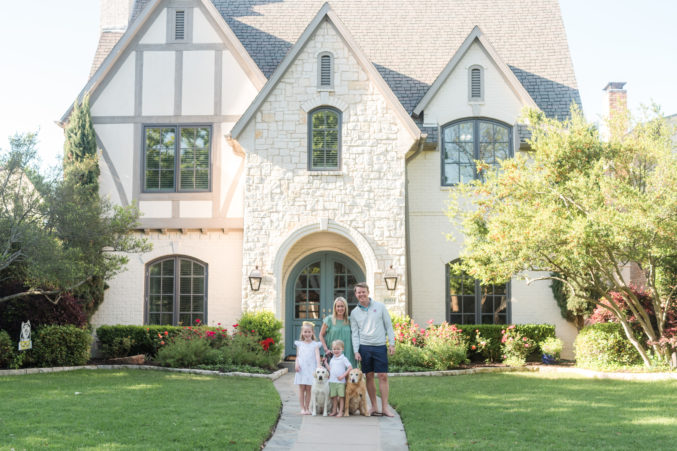 “I thought I would only schedule a few days in advance. Within a week, I had most of April scheduled,” said Newman. “Soon after, I was booked through the end of May. I get over 20 emails [a day from] people wanting to get on a waitlist.”

During the five-minute sessions, Newman takes a full family portrait in front of the house, another on the steps, and a final shot of just the children.

Each family receives three to five digital files from their shoot. In lieu of payment, Newman asks each family to donate to the North Texas Food Bank. The suggested range is $75 to $150.

Newman provides as little direction as possible to encourage the families’ personalities to shine through. She only guides the posing. “Even though these are quick sessions, everyone wants to look their best,” she explains. “I am skilled at painless posing, but I can also incite cute candid moments.”

At first, many of the sessions were casual, and families wore whatever they had on before her arrival. “I had families barefoot, kids in swimsuits, parents with a beer or a glass of wine,” said Newman. Other clients would take a fun approach: kids in costumes, teens with crazy hair colors, or Mom and Dad in bathrobes.

As time went on, many families saw their sessions as opportunities to dress up. “We went so long without events to look forward to,” said Newman. “I could see the excitement from these families. I had no suggestions for how they should dress, because this is their moment to enjoy.”

To streamline her schedule, Newman books clients by neighborhood. She visits just one area per day and shoots from 5 to 7 p.m. The next day is spent editing.

Each neighborhood has its own personality, and no two homes are alike. One of Newman’s favorite shoots featured a front yard packed with sculptures and oddities. It belonged to an eclectic couple in Highland Park; the two had recently married after knowing each other for 40 years. In a single frame, Newman captured their personalities perfectly: the husband stands under a longhorn-adorned front door, the wife wears head-to-toe turquoise jewelry, and the family Yorkie makes an appearance, too. 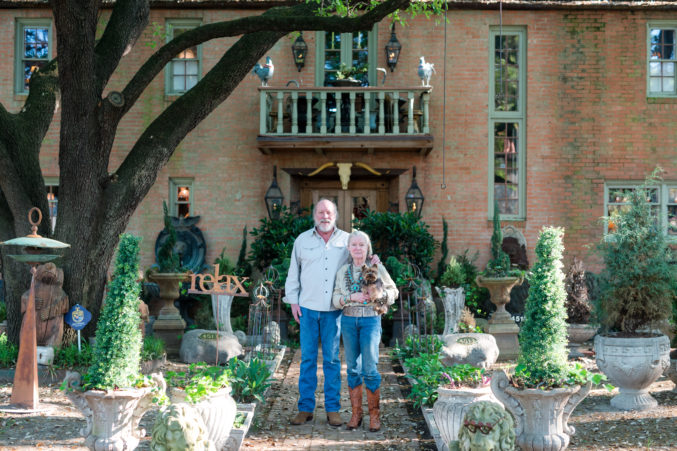 Even after the shelter-in-place order dissolved, Newman’s images will serve as poignant reminders of each family’s happy moments during an abnormal season of life.

“The sessions that will stand out [in my memory] are the ones with newborns,” she continued. “I felt so deeply for those new parents and the seasoned parents with new babies. [Quarantine was] a hard time, and even harder for these families who couldn’t be around grandparents and friends.”

To date, Newman has raised $25,000 for the North Texas Food Bank through The Front Steps Project. She’s wrapping up for the summer, though a few dates are still available in June.

“My plan is to continue this model in the fall for holiday card sessions,” she says. She’ll choose a new cause to support with future donations. “Perhaps [the next shoots will] benefit underserved communities and provide gifts and coats to kids.”

Longtime leader Paige Flink looks back at her 30 years of working with domestic violence survivors before the just-remodeled shelter enters its next era.
By Emily Heft
D Magazine Directories