Hairstory Studio Dallas‘s loyal clients have been waiting months for the celebrated salon to reopen its doors. Unfortunately, says owner Beau Bollinger, the wait won’t be over anytime soon. 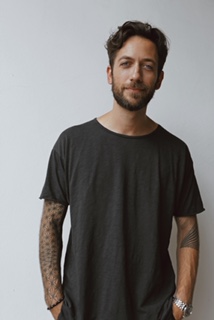 Gov. Greg Abbott says he would like to open hair salons, barber shops, and other personal service providers by mid-May if cases of COVID-19 don’t jump after this initial opening. This could be as soon as May 18.

As much as Bollinger wants to get back to work, he doesn’t think Texas is prepared for this sector to reopen.

“Opening retail at 25 percent–that makes sense to me,” he says. “But when you’re talking about a hairdresser or nail tech, someone who is in contact with another human for extended periods of time… Those should be one of the last [openings] that we roll out.”

On Monday, Bollinger created a Change.org petition to ask government officials (including Gov. Abbott and President Donald Trump) to postpone the opening of personal service businesses as long as possible and to give them access to disaster funding. He also posted an Instagram video to urge his fellow hairdressers and salon owners to take a stance for their personal safety. The video has been viewed over 15,000 times, and the petition has almost 3,000 signatures.

“[With my petition], I want to bring awareness to the fact that our industry has been seriously neglected when it comes to accessing the appropriate financial resources to survive. And now we’re the guinea pigs to see if this is going to spread. Our elected officials [need to] make funding more readily accessible for independent contractors and people in the personal care services, and I’d like them to push [our reopening] to the later phases. It has to be both. If you don’t have the funding, people will want to work.”

We must speak for ourselves if no one else will. Please, if you agree, if you are worried about your health and safety as a personal service provider, write/call your elected officials. Be vocal. Please share this with your fellow service industry colleagues. I chomping at the bit to get back to work. However, forcing it too soon, at the risk of our personal and business-based health, is not serving the public’s best interest. It is serving the political narrative. I refuse to be forced into this position and sit quietly. @governorabbott

Bollinger says his peers in the industry have struggled to apply for federal aid.

“[At first, in mid-March], applications for small business loans would take hours to do. If you didn’t have an accounting degree, you probably weren’t going to get through it. A lot of large businesses and publicly traded companies have access to those funds, and the real small businesses–the local small businesses–are not getting that money. It’s a mismanagement.”

Bollinger says that when personal service businesses do reopen, they’ll likely be operating at a loss. In his salon, 25 percent capacity is just four people, including staff.

“[This is] basically crippling a small business,” says Bollinger. “[These occupancy restrictions are taking away] 75 percent of their ability to produce an income, yet the landlord still expects rent, insurance still has to be paid, and operational costs still are the same. How is that business able to survive?”

Logistically, the salon business needs a physical rotation of clients to turn a profit. Here’s how Bollinger describes operations.

“This could indefinitely change how our industry operates,” he continues. “Colorists [typically] have two to three clients [in the salon] at the same time. They’re working on one client while another is processing and another’s being washed and dried. And now we’re going to be asking them to only have one client at a time, from start to finish. That’s already a 50 percent pay gap for them. And that’s excluding [the fact that I’ll have to cut their hours] because I have 11 people and we’ll have to create shifts. This will have a massive, massive impact on [my staff].”

Several states have already opened salons, and, in Bollinger’s eyes, their mandated safety precautions demonstrate that it’s too soon. In Georgia, hair salons opened last week, and hairdressers are being asked to wear PPE, including masks, shields, gloves, and smocks. They must also screen their employees for symptoms like fevers and respiratory issues and follow social distancing guidelines. Georgia Gov. Brian Kemp has not clarified how it’s feasible to do so while performing a service that requires direct contact.

“It’s like what a nurse would do if a sick patient came into a hospital,” says Bollinger, referencing the screening practices. “It’s insane.”

Due to safety concerns, Bollinger predicts that many salons will remain closed even after Gov. Abbott gives them the green light to reopen. The salons that do choose to resume business will temporarily monopolize the market.

“There are just as many hairdressers advocating [to open salons sooner], and they seem to have a louder voice. One woman decided to open her salon [last week]. She just said, I’m opening. I have to. I don’t care if I get arrested or if I have to pay fees.”

“I’m empathetic to that side, though,” he continues. “Everybody has their own risk-reward scenario and this is definitely not a time to judge how people do that. But when I look back on history, I want to know that I did my best to do the right thing.”