Statistically speaking, men tend to make up anywhere from 10 to 40 percent of the spas I polled about the ratio of their male-to-female clientele. But let it be known: those 10 to 40 percent of men are the smart ones. Healthy skin looks good on everyone. Massages belong to all. If I could treat every man in the world to a pedicure, I would.

Should a man want to book a treatment, I would hope they’d feel comfortable wrapping themselves up in a fluffy robe at any great spa in town. To help encourage any male friends who might be on the fence, we did some research into the habits of those aforementioned smart people.

“I think the dark wood furniture and pedicure chairs balance out our soft blue and green color palette to make it appealing to both men and women,” Barton says. “In fact, when the furniture was delivered, my fiancé was concerned it might look too masculine.”

Vivian’s also caters to couples and friends spa visits more than most. “We do a lot of couples massages on the weekends,” Barton adds. “These are primarily booked by men, so there are a lot of romantics out there.”

The massage clientele is split equally between the two sexes at the toxin-free Shops at Clearfork spa, a local outpost of the popular Austin-based brand. Fewer men are opting for facials though—they only make up 10 to 15 percent of the bookings for esthetic or nail services. 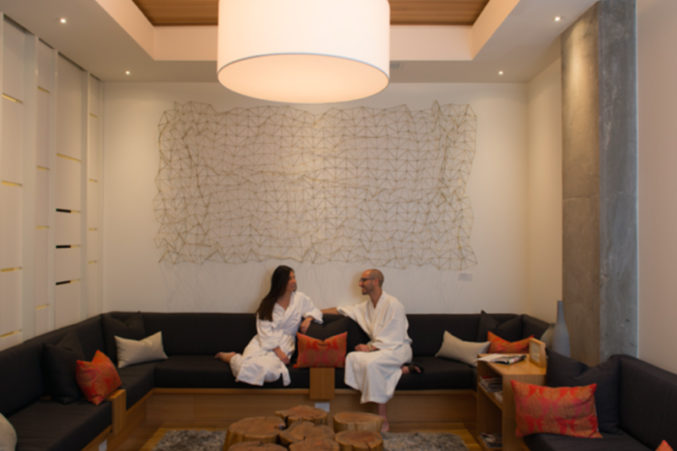 What Makes a Man-Focused Facial?

We asked the team at Face Haus, which will open their second Dallas location in West Village this January, what differentiates their “Best Man Facial” from their signature treatment.

“The main difference is that the ‘Best Man Facial’ includes extractions for decongesting the skin. Men typically produce more oil than women, causing more congestion,” Face Haus esthetician Liv Bagby says. “After the deep exfoliation, we use high frequency to kill bacteria and prevent ingrowns, which is great for the beard area. We also use more steamed towels because of the facial hair, and massage modalities vary depending on whether or not they shave.”

Where to Book a Beard Facial in Dallas

The Spa at The Joule

“Our facials and massages are completely customizable for all skin types, men and women alike,” a representative from The Joule says. “Men are very simplistic, and really want someone who they can trust to break down exactly what they need.”

The team at The Joule’s sleek subterranean spa—which, though still high-end, is decidedly less frou-frou than most hotel spas—can customize facials to include high frequency, which stimulates hair growth and helps kill bacteria in beards. The spa also carries Candela, an exclusive line that features a beard oil infused with jojoba and hemp seed oil. 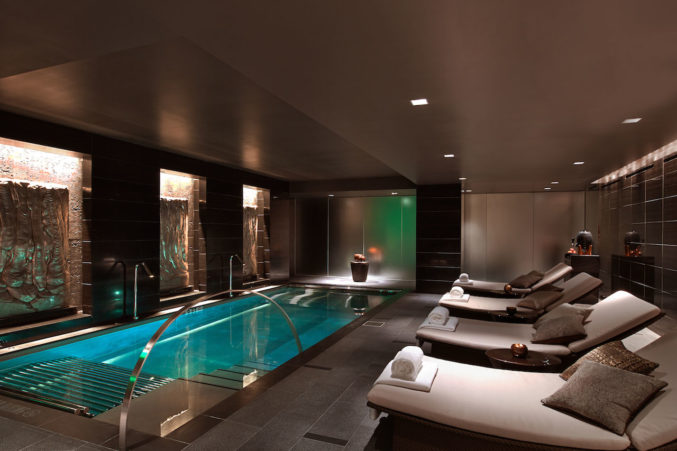 The Spa at The Joule
courtesy of The Joule

All in all, men make up about 20 percent of the clientele at Hiatus (which offers mani-pedis, facials, and massages). The most popular treatments are The Knockout massage (deep tissue), The Sports Buff, the Tailor-Made facial, and the Well-Groomed Man facial.

Hiatus also recently added the HydraFacial. Treatments utilizing the machine, which uses suction to remove dead skins cells while rehydrating with moisturizing serums, have been on the rise with men at Hiatus.

For What It’s Worth…

When I polled the men in the office on whether or not they’d had a facial, Matt Goodman said, “I got a facial at Hiatus once. It was dope.”

Though the Dallas-based brand has five locations, Spa Habitat’s West Village outpost tends to be the most popular with men. (Waxing has a following too — 10 percent of the service’s clientele is men, who mainly opt for back and eyebrow waxing.) “Men love our Raw Earth Purifying Facial,” co-owner Greg Bohn says. “The scent experience is primarily lemongrass and tea tree, which men love because it’s not too feminine or floral.”