There were three inciting incidents over the past month that convinced me to try the Dallas rideshare startup Alto. The first two happened close together. A few weeks ago, I took my car to a body shop (PSA: Harvey’s Paint & Body on Maple is a dream) and decided to forgo a rental in favor of using Lyft to get me around for two days.

On a ride home from work, my driver came inches from a collision while merging on Central Expressway. It wasn’t his fault, really, but it wasn’t entirely not his fault. Accidents happen, but he never asked if I was okay or apologized for the scare. Instead, he spent the rest of the ride cursing out the other driver. “Can you believe that guy?” he yelled at me. I sent a complaint through the app, and received a clearly automated message that we would never be paired together again. Fine.

The next was on my way to work the following morning, when I opened the door to a driver’s small blue sedan and was floored by a smell that could only be described as “stale petting zoo.” It was truly tough stuff. I was actually baffled that a car could get to that state. I cracked open a window, which prompted the driver to say, “Do you… want me to turn up the A.C.? You’re really putting the cart before the horse opening that window!” I gave my most convincing, “I just like having the window cracked, sorry!”

The third was a news report on NBC, where two women close to my age recounted feeling helpless after being sexually harassed during a Lyft ride. I felt lucky my biggest complaint was that someone smelled like an indoor goat yoga class. I also felt done with the app.

I had heard about Alto through some friends, and had spotted the shiny white SUVs emblazoned with the company’s logo around town. (They’re all actually Buick Enclaves, though it’s hard to tell.) Someone heard you could flip a “Do Not Disturb” switch in the app that would ensure a conversation-free drive. A coworker mentioned that it was a bit pricey and still had limited routes, which is probably why I didn’t immediately download the app when it launched in January of this year. 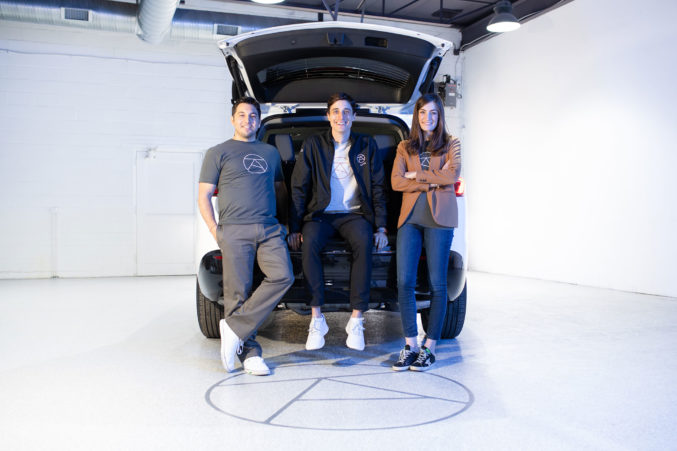 And, yes, Alto is more expensive than a regular Lyft or Uber ride. The exact same route on Alto ranged from $15 to $18 while Lyft’s economy charged $7.50. You don’t have to have a membership (there’s an membership-free “Alto Guest” model that allows you to pay the booking fee and fare per ride), but the company is clearly encouraging you to sign up. A monthly membership is $12.95 and saves you up to 30 percent on rides with zero booking fees. (Hot tip: their Instagram posts include the occasional promo code.)

But what a contrast. I took my first Alto ride on a Saturday night. Before the car arrived, I turned on “Do Not Disturb” (not a myth!), and set my vibe to “Liftoff” (there are about five “vibes;” a few are pictured below), which is described as “pop beats and positive vibes from big sound favorites.” You can also control the volume in the app during your ride. The driver sported a simple black button-down with a subtle Alto logo. He asked me how my night was and, true to the app’s word, didn’t speak again after that. The car was super clean, with water, umbrellas, and plenty of room. “This was my first Alto ride and I loved it so much!” I said with way too much enthusiasm when I got to my destination (I’d been recently scarred!). “Very glad to hear it,” he said in a kind but unaffected way, like he’d probably heard it a million times. 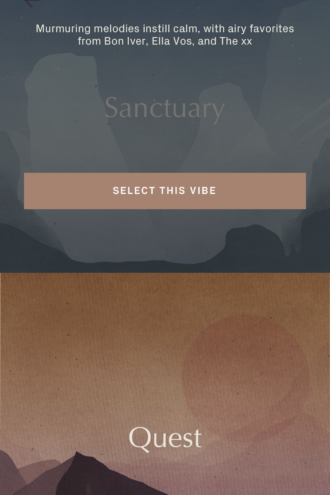 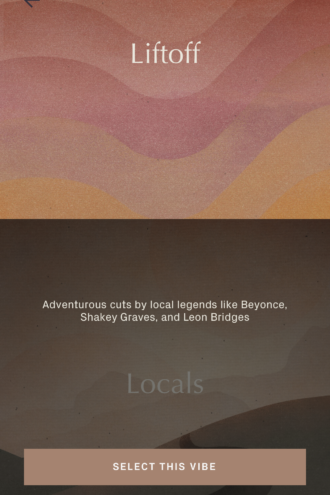 I used Alto through the weekend. I turned off “Do Not Disturb” so I could have real conversations with the drivers. They were all so polite, it was actually hard to get them to do anything but ask how I was. (One time, an Uber driver spent an entire 1 a.m. drive home from the airport telling me about his Saint Patrick’s Day weekend. I hadn’t asked him about his weekend.)

Some Facts About Alto

One morning, a driver did explain a few things about Alto to me. He said the company monitors all the cars, and can tell when someone has made a sudden stop or a turn over 18 miles-per-hour. When we got to my destination, and I’d realized I’d put in the wrong address, he patiently waited while I figured things out. I noticed later that, when we got to the right spot, he waited until I successfully got past the building’s keypad.

I don’t mean to bash the other ridesharing services of the world. I’ve had some incredible drivers, with whom I’ve shared truly interesting conversations. I even received some pep talks after bad early-twenties nights in Uptown. But I’ve also been in cars that I felt were driven carelessly, or been a captive audience to uncomfortable conversations I didn’t ask to a be a part of. It’s just the gamble you take.

Alto helps eliminate that uncertainty. For me, that’s almost always going to be worth it. If nothing else, it’s nice to have the option.

Will Highland Park Ladies Put Eye Lashes on Their Cars?