If you search “Derrill Osborn” on Facebook today, you would unfortunately learn of the legendary Neiman Marcus men’s fashion director’s reported passing, but you’d also see an absolute outpouring of fond memories, sweet photos, and musings on how his refined, dapper wardrobe helped define our city’s style. He was 76.

Though he retired from Neiman Marcus in 2002 (after three decades with the department store), Osborn’s sartorial influence continued. At 74, he was featured in Ari Seth Cohen’s Advanced Style: Older and Wiser. “I’m becoming the Iris Apfel of menswear,” he joked to The Dallas Morning News at the time. In 2017, he invited Texas Monthly into his Oak Lawn home, filled with antique treasures, first edition books, bespoke walking canes, and framed articles published about him, including photos by The New York Times’ Bill Cunningham. 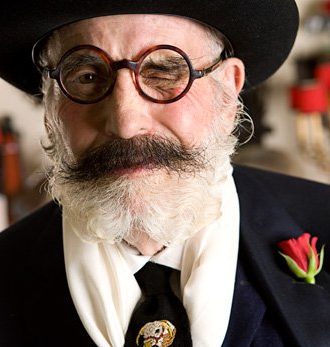 We don’t know much about his death at this moment, but it’s been nice to revisit this lovely little interview Osborn did with D Home nearly a decade ago. The story outlined a few of his favorite things, which included Dr Pepper, chef Stephan Pyles, an Anderson Sheppard suit, and boutonnieres (“I always wear a flower, it separates the men from the boys,” he told D). Osborn and his impeccable style will be greatly missed.