The CBD wave hit like a tsunami. Just a few years ago, you’d be entirely justified in not knowing a single thing about the cannabinoid. Today, you can find the buzzy oil in everything from lotions and beauty products (like, every beauty product) to artisanal chocolate and lube. It’s all still a bit of a mystery for scientists, but user reviews for certain CBD companies claim it works miracles for anxiety or sore muscles. And a miracle elixir it may be, but as is typical with any buzzworthy trend, not every company that slaps “CBD” on its label can truly stake the claim.

“More and more, people are going to be hungry for alternatives to pharmaceutical medicines and looking to get off opiates,” says Mathew Miller, a Dallas native and founder of Austin-based Mineral. “The market is going to be so vast with things that don’t work—with brands that have just accelerated their business idea so that they could get something on the market—that consumers are going to struggle. If you buy something that doesn’t work, you’ll get discouraged.”

Miller, along with his business partner Haris Fazlani, launched Mineral toward the end of 2017. Since then, he’s further refined his formulas, and even convinced Royal Blue Grocery to carry their first CBD product in September—it sold out within four hours. And thanks to a newly passed farm bill, the Mineral team will be able to grow hemp in Texas this April (they currently do so in Colorado).

With education being so crucial to any CBD brand, the next step was naturally a concept shop, which they quietly opened on Austin’s East Sixth Street this March, and plan to bring to Dallas by the end of the year. “If you come into the store, and you’re interested, you’ll learn about the effects of CBD on the body,” says Miller. “The importance of cannabinoids, in addition to its anti-inflammatory benefits, is in activating your mind and body to receive other cannabinoids.” 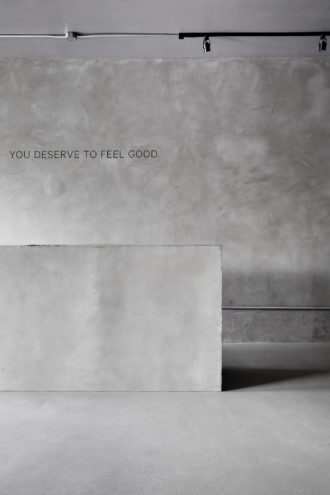 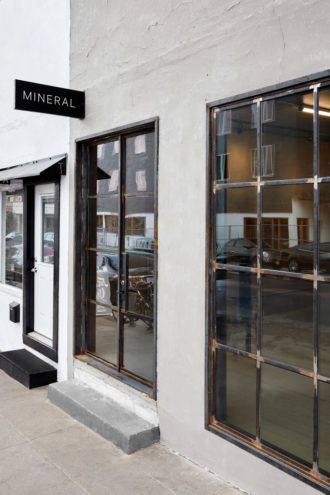 "When you come into the Austin space, it feels like you’ve come almost into a 21st century meditation center. That’s reflective of our brand," says Miller.

Mineral products—which include lotions and tinctures to support sleep, recovery, balance, and focus— are formulated similarly to the way fragrances are, with the focus on smell, taste, and the experience the product creates. “I blend terpenes with cannabinoids based on the contents of the hemp plant,” says Miller. “So if you tried Focus or Balance, which are pretty similar in cannabinoid content, you’re going to have a different experience because of the association of the terpenes. It’s a still a hemp-forward taste, but now it’s much more elegant.”

The Dallas location’s design will be similar to Austin’s shop, a zen, clean-lined concrete box lined with plants, but will incorporate highlights Miller associates with his hometown. “I won’t go as far as neon, but there will be some elements of what Dallas represents to me,” says Miller.

Also in line with the Austin concept is the focus on wellness-centric programming, such as cacao ceremonies, hemp growing and vegan cooking demos, meditation classes, and workouts with The Movement Standard’s Brian Johnson. “I look at it as a cannabis perfumery, but also as a space to bring people together to get educated,” says Miller.