Female-focused workplaces have been having a moment. You’ve probably heard of The Coven, a coworking space catering to female and non-binary members, in Minneapolis. Instagram dream The Wing has garnered a lot of attention (positive and negative) since it’s 2016 launch in New York City. In the midst of the #MeToo era, female-focused environments not only offer a potentially safer experience than other coworking concepts, but they represent support for women-owned businesses.

And though The Wing recently received $75 million in Series C funding, and has plans to expand to cities such as London, Los Angeles, Chicago, and Paris, Dallas isn’t on their to-do list. They’ll likely make their way to Texas one day, but fortunately, our city won’t have to wait for a female-focused workspace thanks to Her HQ. (Kaleidoscope for Her in the West End was technically Dallas’ first coworking space for women, but it has since closed.)

Launching later this month as a six-month pop-up within another coworking space (Portland-based Centrl Office) in the Dallas Arts District (the team still on the hunt for Her HQ’s permanent space for the official launch), the female-created company plans to offer an open-office concept and monthly programming centering on women’s wellness, creative exploration, career advancement, and self-love.

Dallas already has its fair share of coworking spaces, but Her HQ’s co-founders, who have backgrounds in PR, social media, and design, hope the more niche concept will bring together likeminded locals, and be an inspiring place to come and work. “We moved here from Los Angeles and Wisconsin and tried Bumble BFF and were really just bopping around. Cassie and I found each other and realized there wasn’t anything here like this, ” says co-founder Tiffany Zamora. “We wanted to provide a space for people to explore themselves and their interests, as well as meet other people.”

Like The Wing, Her HQ will offer a static venue for local women’s panels and experiential events, and potentially create a network of powerful women (the co-founders are currently recruiting in Dallas). “It’s not really about targeting a specific age demographic. We want to have a core group founding members who are influential here,” says CEO and co-founder Cassi Oesterling. “So if you are moving to Dallas from a different city, you can come to Her HQ for professional connections and networking opportunities.” 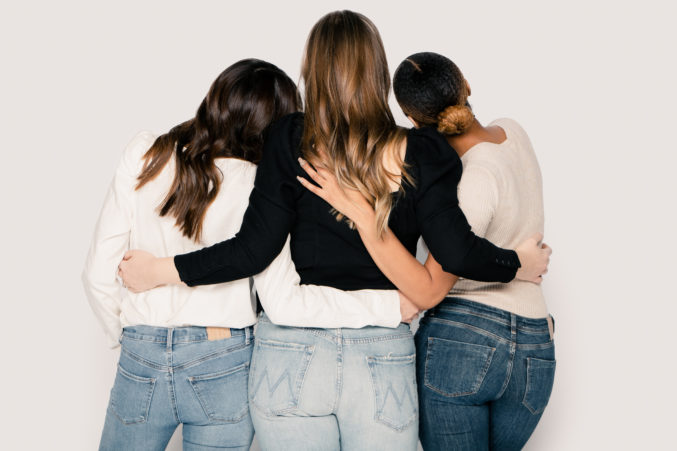 Monthly memberships and day passes will grant access to Her HQ workspaces and event programming. And although the concept’s initial presence will be situated within a co-ed coworking space, Her HQ will maintain its own unique branding and aesthetic. Expect an assortment of bistro tables, soft seating provided by buzzy online retailer The Inside, a lounge area, and an Instagram wall at the six-month pop up. “Centrl Office has a very distinct look, so it was really important that we keep our branding and the aesthetic of the space similar to what the larger experience will be like,” says Oesterling. “Her HQ will be feminine, but not overly girly. It will have more of a classic Parisian vibe — we’ll have a bunch of fun patterns.”

Her HQ is currently accepting invite requests from women and non-binary applicants, and will be rolling out applications this summer.

*This article has been updated to reflect that Kaleidescope for Her in the West End, which is now closed, was technically Dallas’ first female-focused coworking space.