Enjoy unlimited access to all of our incredible journalism, in print and digital.
Subscribe Now
Advertisement
Beauty

I won’t name names, but there was this one spray tan place all SMU undergrads used to go to (I personally relied on them from 2008 until 2010) and it was not great. It was cheaply constructed—all harsh overhead lights and hollow white walls lined with those tan-enhancement lotions that had dumb names like Tropidelic, Blondetourage, and Fascinate (seriously). You were greeted by either the owner (a crispy, middle-aged man whose hair was as vibrant as his skin tone) or whatever comically unenthused young woman he had most recently employed. To reiterate, it was not great.

But that was 2008, just one year after The Simple Life went off the air. Being overly blonde and unrealistically tan was in (or “hot,” I guess), so you dealt with the inherent skeeviness of that kind of ubiquitous tanning salon because it was better than showing up to a frat party with legs looking like they’d spent anything less than two straight months on a beach. (Let’s all pour out a Four Loco for those trendy times, amiright?)

Thankfully, those kinds of places are no longer as pervasive. I assume most phased out as people got wise to the UV dangers of tanning beds and the au natural beauty blessedly became en vogue. On the occasion where you still crave a golden glow, a good tan can still be sprayed on at several Dallas spas (Nordstrom’s in NorthPark took our prize for best sunless tanning this year).

So I was surprised when I saw that a new tanning salon had just opened up in the Shops at Highland Park this summer. I almost dismissed Hush Hush Tan at first, but on second glance, it’s clear that the Austin transplant is not the salon of my spray tanning days of yore. It’s completely devoid of any of the skeeviness I associate with certain salons. Hush Hush is also blessedly tanning bed-free and carries their own line of natural products boasting anti-aging benefits and eco-certified DHA. The interior still features the same shelves of products and hallways lined with numbered doors, but there’s nothing cheap about it, and the product, a customizable airbrush tan, is infinitely better. 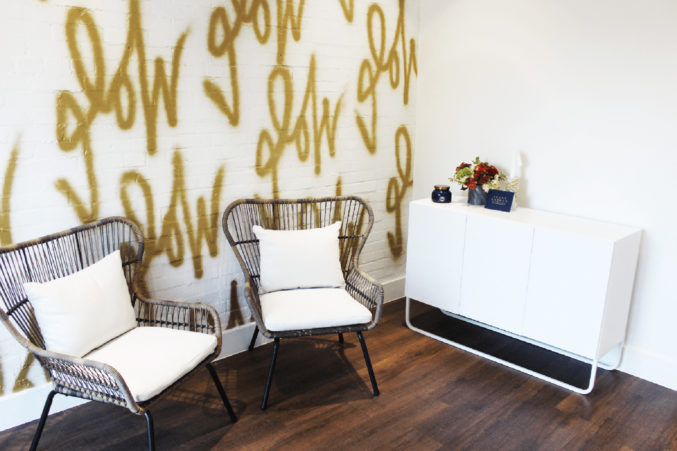 Dallas’ location is only Hush Hush Tan’s second (the first is on Austin’s 6th Street), and we’re lucky to have it. The unique concept helps bridge the gap between the tanning bed-filled chains and the expensive spa airbrushing. (Even Vogue had nice things to say about it.) Plus, with neighbors that include DryBar and Blushington, the incoming SMU freshmen have never had it so easy. It’s incredible what a difference 10 years can make.

Victoria Leiato’s whole world changed once her mother became an esthetician. Now’s she is paying it forward with The Bloom Space, which opened last May near Elmwood.
By Catherine Wendlandt
Media

If you have some experience, that's great. But brains are even better.
By Tim Rogers
D Magazine Directories