Apparently, Dallas is the Best Destination for Boutique Fitness

It’s always interesting to get an outsider’s perspective on Dallas. More often than not, that perspective has something to do with the cliché that everything is bigger here, but every now and then, New York writers make a truly insightful assessment of some aspect of our city.

The most recent on-point observation: Women’s Health naming Dallas to its Top 10 Cities for a Healthy Getaway and zeroing in on our booming boutique fitness scene. They even call out a few Dallas-based studios (City Crew, Zyn22, One Lagree, and District Climb) as standouts in our competitive local market.

Per the article, the team at Women’s Health teamed up with Airbnb to parse out which cities were most popular for search times like “fitness,” “adventure,” and “calm” (other health-centric getaways included Santa Barbara, Portland, Charleston, and New Orleans), but props to whomever chose which Dallas studios to highlight. All four spots are locally owned and, apart from Zyn22, have only been open for about a year or less. Perhaps there’s a spandex-loving Dallasite on the inside at the Hearst offices—either way, somebody knows their niche fitness. 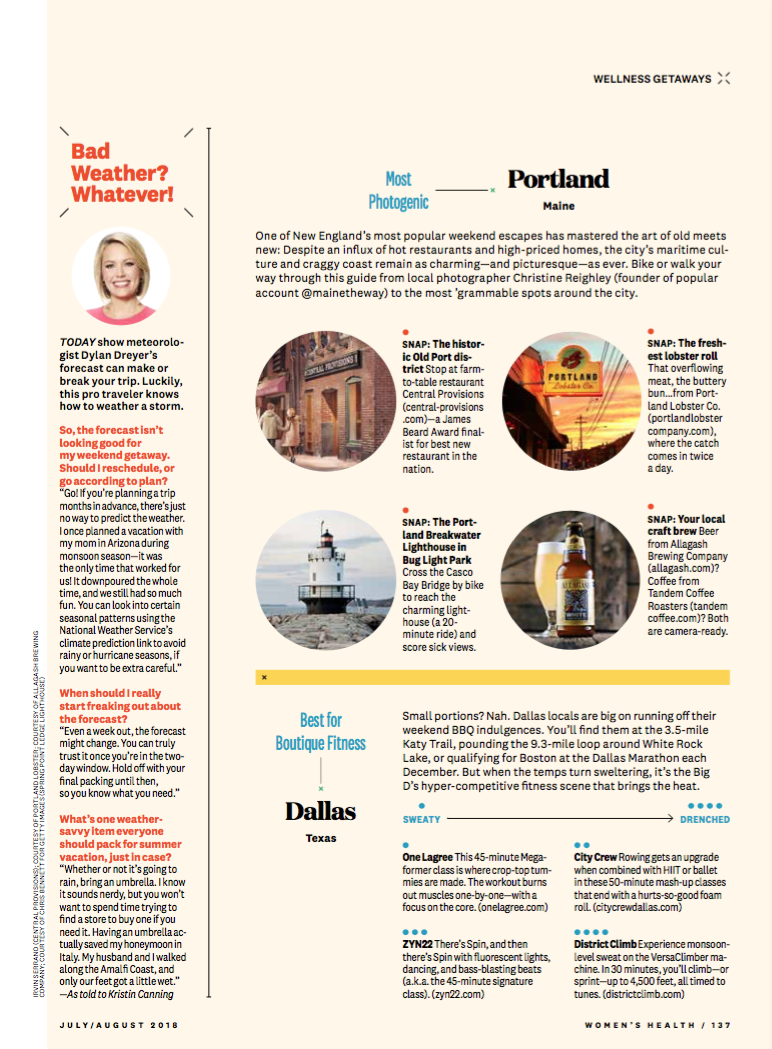 From free barre classes in Klyde Warren Park to a hiking and yoga session at Cedar Ridge Preserve, here are the workouts we're eyeing this month.
By Emily Heft
Fitness

Spoiler: A lot of you were streaming. Fun fact: out of all major U.S. cities, Dallasites are the most likely to book a class at lunchtime.
By Emily Heft
D Magazine Directories