The Band’s Visit, a winner of 10 Tony awards, is one of the most celebrated shows in musical theater history. The out-of-the-box musical, based on a 2007 film and adapted to the stage with original music, tells the story of a sleepy, secluded town in Israel where residents are restless, bored, and longing for excitement. Thanks to a misunderstanding and an unintentional bus route, a band of Egyptian musicians arrive, out of the blue, lost and searching for a refuge. The band and the townspeople don’t share a language; they must communicate in broken English and in song. The town awakens at last when the band’s music begins to flow through the streets. 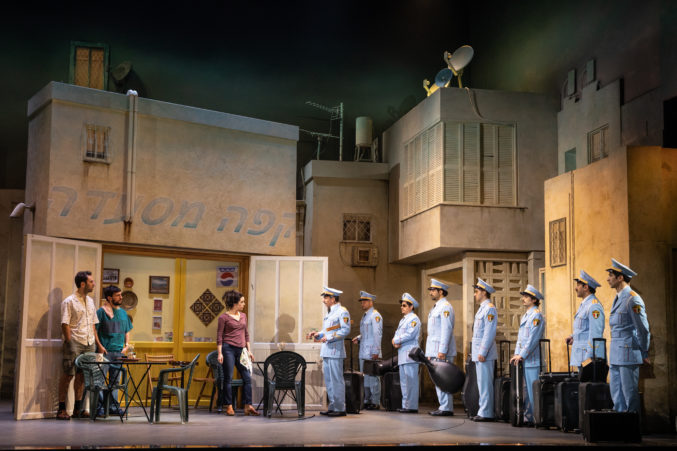 The show’s central theme is the power of music: how it connects us, inspires us, moves us. It makes us feel alive, can convey joy and sorrow, and is more powerful, often, than words.

“The underlying ocean that connects everybody and everything—to me, the most potent metaphor for that is music,” says the show’s composer and lyricist, David Yazbek. “What does it sound like when borders dissolve? When everyone is singing together for the first time?” In our tumultuous times, when finding common ground with our fellow humans can be daunting, these themes feel especially poignant. 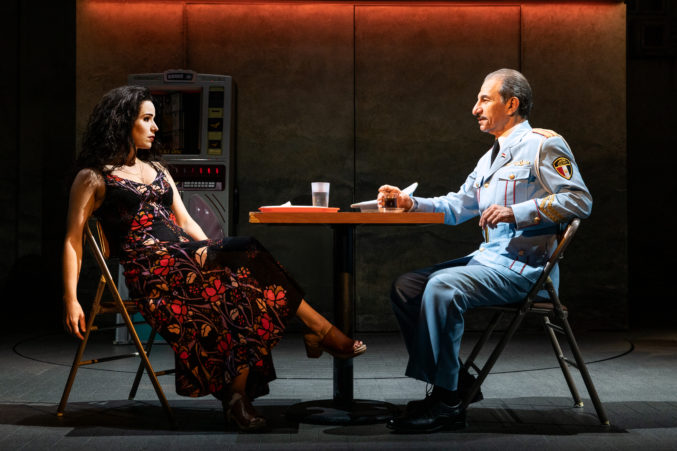 Says the show’s director, David Cromer, “[The theme of the show] is deceptively simple.” The Band’s Visit explores love in all its forms. There is no plotline about politics, about jobs or quotidian moments–it’s all about love, and how love intertwines us. The good and the bad—the hour-long fights and moments of heartbreak, the fluttery feeling of a newly blossoming romance, the change in a relationship after a new baby is born… It’s every love story of your life in vignette form. 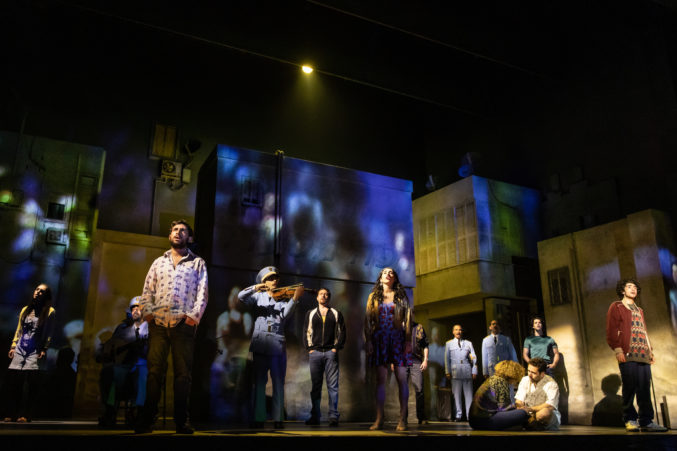 This is not a typical Broadway show, boisterous and colorful, with showy musical numbers and flurries of color. Instead, the show’s allure lies in its simplicity and its contradictions. It’s a web of darkness and of light, a collection of whisper-soft songs and crescendos, a series of moments of quiet longing and joyous celebration. Theatergoers catch their breath, resist the urge to rustle their programs, for fear of missing a snippet of dialogue or a note of the score. As the L.A. Times says, the show is “like balm for the soul.”

The Band’s Visit runs February 4 to 23 at the Winspear Opera House. Click here to learn more or to purchase your tickets.