Dear Evan Hansen may be a recently debuted production—the show hit Broadway in 2016—but its impact on the world of musical theatre has been monumental. Its 2017 Tony win for “Best Musical” is just the beginning: The Washington Post calls it “One of the most remarkable shows in musical theater history.”

Dear Evan Hansen is perhaps most poignant because of its relevance to modern audiences. Unlike other beloved musicals set in the past (like West Side Story or Les Misérables), Dear Evan Hansen is a contemporary show that touches on many topics of modern life, including family dynamics, communication in a digital age, the impact of social media and the universal journey of finding your voice.

Part of the cultural phenomenon behind Dear Evan Hansen has been its appeal to all audiences – young and old. 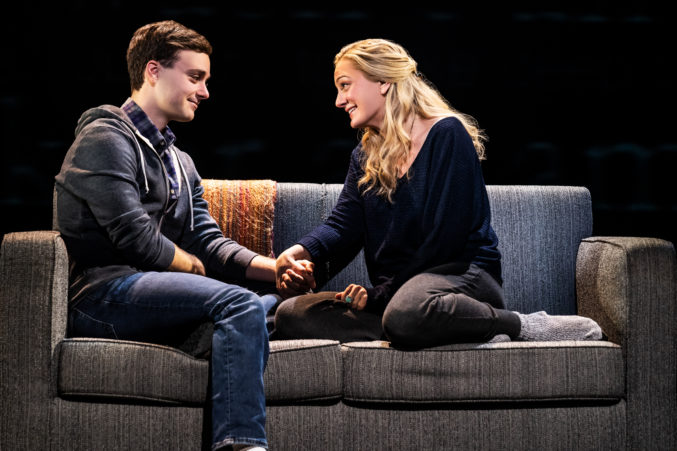 Susanna Schrobsdorff with TIME writes “…the intensity of Evan Hansen is in an old-school interactive experience in which you show up in person and sit very close to whomever you came with. If you’re there with your child, you can sense the way he or she is reacting to what’s happening on stage. Your kid will know when you hold your breath, or let a sob slip out. It’s a visceral exchange, one that feels primal and rare.”

Dear Evan Hansen is product of an award-winning creative team: with a book by Tony Award-winner Steven Levenson, music and lyrics by Grammy®, Tony® and Academy Award® winning writers Benj Pasek and Justin Paul (La La Land, The Greatest Showman), and direction by four-time Tony® nominee Michael Greif (Rent, Next to Normal). The Grammy Award-winning Original Broadway Cast Recording of Dear Evan Hansen produced by Atlantic Records was certified gold in March 2019, making it only the third cast recording in the last decade to do so.

Moving, striking, and uplifting, Dear Evan Hansen’s myriad awards are well-earned. Take a look at the show’s worldwide impact by the numbers.