Enjoy unlimited access to all of our incredible journalism, in print and digital.
Subscribe Now
Advertisement
Law i This advertising content was produced in collaboration between D Magazine and our sponsor, without involvement from D Magazine editorial staff.

How Alcohol and Drug Allegations Can Impact Your Child Custody Case

These allegations can be damaging, but courts often believe in second chances.
By D Partner Studio | September 16, 2017|7:00 am
Advertisement
This article is sponsored content. Interested in advertising with us? Click here.
Many high-conflict child custody cases involve an allegation of at least one of the parents abusing drugs and/or alcohol. When a party in a child custody case alleges that the other parent or conservator has a substance abuse problem, courts will often order drug and/or alcohol testing, depending on the evidence presented. If the test results show illicit or unprescribed drugs in the system or evidence of excessive alcohol consumption, the impact on that party’s child custody case could be significant.

There are many ways courts can order parties to submit to drug and alcohol testing now. Courts can order both drug and alcohol testing by way of urine screens, hair tests (head or body), and nail tests (finger or toe). In addition to the above methods, courts can order alcohol screening by breath testing (e.g., Soberlink) and/or blood testing. There are also different panels for drug testing, ranging from five-panel testing (cocaine, amphetamines, opiates, PCP, marijuana) as the smallest panel to 17-panel testing (which includes extended opiates) as the largest panel. The larger the panel, the more expensive the test, so if the substance at issue, for example, is cocaine or marijuana, a simple five-panel test should be sufficient to screen for those drugs.

Many courts believe in second chances, and the road to recovery, while neither easy nor soft, is the path for which a party with a positive drug/alcohol test oftentimes does well to take.

Evidence of a positive test for illegal/unprescribed drugs or a test that demonstrates chronic alcohol use or binge drinking could and oftentimes does result in unfavorable orders from the court with respect to child custody issues for that party. The other parent or conservator could be appointed sole managing conservator of the child(ren) on at least a temporary basis (assuming the other parent or conservator is clean and sober). The party who tests positive is also likely to have his or her time with the child(ren) supervised by order of the court, depending on the substance for which the party tested positive, among other factors. If there is evidence of chronic alcohol use or binge drinking by a party, then that party could be ordered to submit to alcohol monitoring through Soberlink, which is a portable breathalyzer, during his or periods of possession with the child(ren).

All is not lost though. Many courts believe in second chances, and the road to recovery, while neither easy nor soft, is the path for which a party with a positive drug/alcohol test oftentimes does well to take. Dallas offers an abundance of options for recovery, including but not limited to, a variety of chemical dependency specialists and counselors, along with meetings for 12-step programs happening in various neighbors throughout the city on any given day. If help is needed, it is available, and there are few, if any, worthier causes for self-improvement than one’s own child(ren). If certain rights and powers of being a conservator are suspended and/or if supervised possession is ordered by the court, those orders can, and frequently do, modify after the party with a positive test proves a history or pattern of sobriety. Change is possible. It can happen if one works for it. 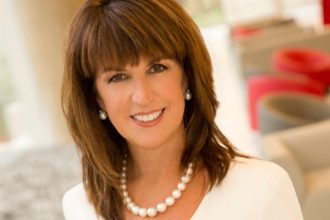 Kelly McClure, CEO and managing partner of McClure Law Group, PC, along with her law partner Robert Epstein, are both Board Certified in Family Law by the Texas Board of Legal Specialization and are sought-after experts in complicated custody matters, including those with substance abuse allegations. McClure Law Group’s accomplished partners, attorney,s and legal team advocate for the families and fortunes of every client, no matter how modest or vast. McClure Law Group’s financial acumen, tax law background, state-of-the-art forensic accounting, and research strategies, extensive trial experience and Collaborative Law training equip the attorneys to mount a powerful defense of their clients’ positions. The high-energy team works intensely toward the most favorable outcome whether handling a straightforward divorce or a complicated case involving numerous personal and business assets. Custody agreements and modifications, pre- and post-marital agreements, adoptions, questions of paternity, and child support matters are handled efficiently and cost-effectively.

Get partner offers, discounts, and more delivered right to your inbox each week.

Fighting the hard fights throughout Dallas-Fort Worth and all of Texas.
By D Partner Studio
D Magazine Directories