Protecting Your Assets During Divorce with a Premarital Agreement
By D Partner Studio | May 12, 2017|9:00 am
Advertisement
This article is sponsored content. Interested in advertising with us? Click here.
For some, the idea of a premarital agreement zaps the romance right out of the marriage before it even begins. This doesn’t have to be the case if you think about the premarital agreement as a financial planning tool, rather than a line drawn in the sand.

“People hear the words ‘prenuptial agreement’ and instantly have misconceptions about one-sided deals with the non-monied spouse getting nothing,” says Robert Epstein, a partner at McClure Law Group. “Prenups are simply agreements to define the rights and obligations of couples who are about to marry.”

Prenuptial agreements are designed to protect your assets during marriage. The agreement details the assets and liabilities of both parties prior to marriage and details each party’s rights and obligations to the other’s income earned during marriage. Engaged couples who fear a premarital agreement will cause strain on the marriage before it even begins often attempt to protect assets by setting up separate bank accounts for their separate property, ensuring no community assets are ever commingled into the account during marriage. 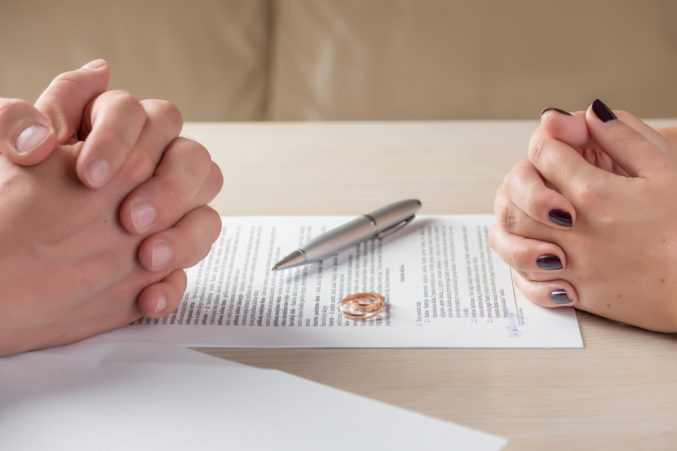 And on the topic of lawyers, both parties to a premarital agreement should have them.

This means if the wealthier party is expected to accumulate a great deal of money from his or her salary during the marriage, then the party with less money could take comfort in knowing that his or her soon-to-be spouse’s salary will still belong to the community estate. Says Epstein, “On the other hand, if the wealthier party’s interest is in protecting salary earned during the marriage from being considered community property, then the party with less money might do well to ensure that he or she is entitled to alimony upon divorce, which could be based upon the length of the marriage at the time someone files for divorce.”

“A premarital agreement cannot violate public policy or a statute that has a criminal penalty,” McClure says. “It also cannot adversely affect a child’s right to receive child support, and it cannot be used to intentionally defraud creditors. This means it is important for the parties to a premarital agreement to hire lawyers to ensure all terms of the premarital agreement are valid and enforceable.”

Another way to best ensure the enforceability of a premarital agreement is for the parties to a premarital agreement to provide each other with a fair and reasonable disclosure of their property and financial obligations. If the parties don’t do this, they at least need to waive this right to disclosure in writing. Says Epstein, “If there is no disclosure, or if the right to disclosure is not waived in writing, then a spouse going through a divorce who wants to set aside the agreement could argue that it should not be enforced because it is unconscionable or one-sided. This illustrates why the future spouse who has more money should not want the agreement to be overly one-sided in the first place.”

Dallas’ most important news stories of the week, delivered to your inbox each Sunday.
McClure Law Group