Just ahead of the 45th anniversary of Dallas’ Cattle Baron’s Ball, a familiar name from the 1980s made its return to the very Millennial-friendly medium of Instagram. Hairston Roberson, a fashion brand founded by Barbara Roberson in 1987, became popular for its Swarovski crystal-studded and intricately embroidered bolero jackets, handcrafted by Mexican and New Mexican artisans. The upscale, Southwestern designs were carried in Neiman Marcus and Bergdorf Goodman throughout the ’90s, and sported by country stars such as Martina McBride and fashion legend Iris Alpfel. Now, 18 years after Barbara retired her shoulder-padded pieces to raise a family, Hairston Roberson is making a comeback, selling one-of-a-kind, vintage pieces on Instagram and at pop-ups around Dallas.

The timing is as much a testament to fashion’s cyclical nature as it to the Cattle Baron’s of it all. “They may look a little different, and they may be styled a little different, but I’m a firm believer in fashion cycles,” says Barbara. But her design-minded daughter, Rosie, is likely the true reason behind Hairston Roberson’s return. The creative force behind the brand’s Instagram page, predominately comprised of a styled shoot along West Davis Street in Oak Cliff, Rosie saw the potential in marketing the classic jackets to a younger generation. “I love how she’s mixing high-low. Back in the days when I did this, there was such a completely different sensibility about putting everything together. Things were very matchy-matchy,” says Barbara. 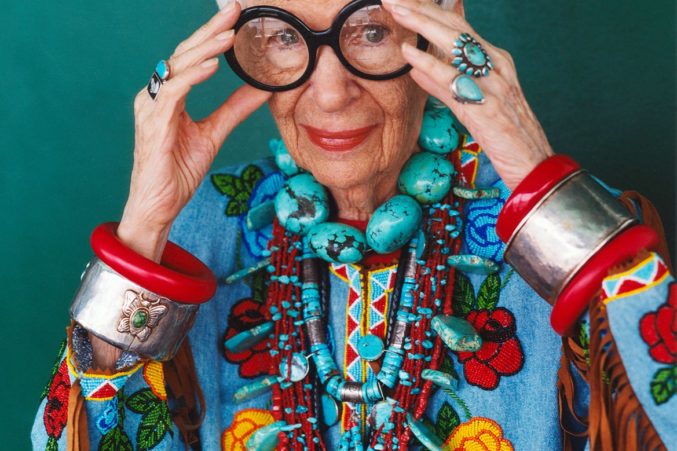 Iris Apfel, in a Hairston Roberson jacket, photographed by Bruce Weber for Vogue Italia in 2007.

Rosie even discovered Hairston’s current model, Sara Brown, working at a Top Golf in The Colony — of all places. “She said she’d always wanted to model, but it was too expensive. She just has such a Wallflower vibe — they signed her on the spot,” says Rosie. “She has this androgynous look that I just loved for the shoot. The jackets can really be worn by men and women. Post Malone would be a great model for them.”

The return of Hairston Roberson is truly a full-circle experience for Barbara, who’s had the opportunity to get back in touch with some of the Dallas seamstresses and pattern makers she worked with during the ’90s. “This morning, one of them texted me a picture of a Dallas Morning News article from 19 years ago,” says the designer. “It was so much fun.”