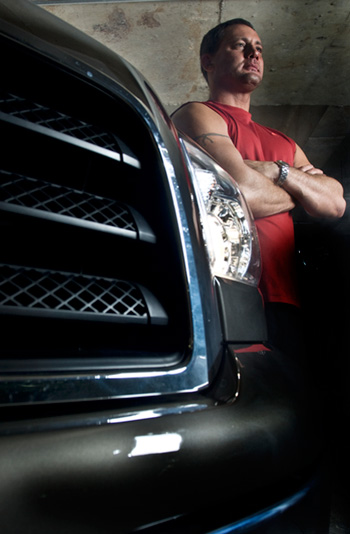 On February 18 I decided to explore the idea of trading a 2007 Mazda CX-7 with 38,500 miles in on a double cab truck of some kind. After internet research, I decided my preferences were Toyota, Ford, Dodge, Chevrolet, and GMC, in that order. Nissan was eliminated because they only offer one size of engine, a 5.7 liter V-8, larger than what I wanted.

This is where the search begins, covering 17 days and 42 Dallas-area dealerships. Okay, I’m obsessive-compulsive. But it was worth it. My odyssey ended with a great deal for a 2008 Toyota Tundra with 5,600 miles (not loaded but not stripped either). I paid $18,900 for the truck, receiving a fair trade value on the Mazda. The average purchase price for the truck I bought is around $22,000 with a list price of $23,500. So, much to my wife’s vexation, I will be embarking on a similar odyssey in a couple of years.

Beware of online offerings. From my survey, 75 percent of the inventory on a dealership’s website is no longer on the lot. It appears that dealerships are not in a hurry to delete sold vehicles from their online inventory. Like old bait-and-switch ads in the newspapers, which are now illegal, the point is to get you into the dealership. The Legislature may want to update the law.

Online pricing tends to run about 10 percent lower than the stickered on-site price. The point seems to be to get you on the lot so the dealer can low-ball your trade-in.

To get the best price on a new or used vehicle you have to be willing to leave, no matter how much you like the car. Give up that hammer, and you are putty in their hands. If the salesman has your phone number, odds are he’ll call you within forty-eight hours with a better offer.

Every reference below to “inventory” and “selection” refers only to my search for late-model, used trucks.

Overall Satisfaction:
1. Pat Lobb Toyota, McKinney: I bought here, so it is my winner. John Kenney, fleet and internet sales manager, was direct, honest, and worked at getting me into what I was looking for at the best price. Good selection of used trucks and had lowest prices. Very new and modern facility. Free water, sodas, and coffee. Detailed truck before leaving and filled up the tank.

2. Rodeo Ford Dallas: Worked hard at getting me into one of their trucks, Salesman Mike Sweezey is honest and upfront. No pressure sales tactics. Just bottom line “can we get there or not?” Good, moderate selection of used trucks.

3. Toyota of Richardson: Good quality inventory and always getting in other vehicles. Good prices. Didn’t have what I wanted, but worked hard to find it. Did not pressure but followed up politely. Salesman Bryan Frater is very helpful, and manager Marshall Hampton polite and friendly.

2. Reliable Chevrolet, Richardson: Large selection of almost all makes and models on lot. Twenty-five or so used trucks alone. The sales staff did puzzle me, just watching me walk the lot. But that doesn’t take away from the size of the inventory.

Haggler’s Paradise:
1. Toyota of Irving: I eventually got them to a price I was willing to pay for a truck but it had to happen via a phone call after leaving. Not rude or dishonest, sticker prices just started a little higher than average, but they came down.

2. John Eagle Toyota, Garland: The salesman played the ol’ back and forth game between sales manger and buyer. The other good game is the “signature X” scribbled on the back of an offer sheet. Again not rude or dishonest (those come later), but annoying.

3. Friendly Chevrolet, Dallas: Ditto. Is there a school where they learn this stuff?

Pressure Sales:
1. Texas Nissan, Grapevine: Uses tactics like “someone else is looking seriously at this truck”, “truck prices are going up in the next couple of months” (really?), and then bringing 2 and 3 managers into the room to stand over you.

2. Don Davis Toyota, Arlington: Is it the same school or a different one?

The Worst: Sleaziest and Cheesiest
1. Trophy Nissan. Mesquite: No stickers with price or mileage on used cars. The idea is to get you to go inside to find out. They take you into small offices and ask question after question without listening to what you say. I personally witnessed a lady threatening to call 911 to get the keys back for her car that she was going to trade-in after she decided to not go through with a deal.

1. Town East Ford, Mesquite: They really play the “back to the manager game”, repeatedly. And they’re doing it while seated in an elevated, dark-tinted glass office. In my case, they tried to hook me with a low monthly payment, except that when we got down to particulars it included a down payment that made the total price of the truck more than the sticker price.

1. Suzuki Cars of McKinney: This dealership had 16 trucks listed online that were possibilities for me. When I called to inquire about 12 of them, none were in stock. But the salesman promised he had another one just in that was in “perfect condition”. After driving an hour to the dealership, the truck had several deep, long scratches in the paint and small dents all over.