Obsessed with ‘The Haunting of Hill House,’ We Chat Up Dallas Ghost Hunters: Part 3

Anyone keeping up with this ghost hunter mini-series (read Part 1 and Part 2) may have noticed there was a bit of a gap since I posted the last interview. A person reason: my husband was out of town and I could not bring myself to even think about, much less edit the story of, J.J. Jensen’s bone-chilling paranormal encounter that occurred when she was home alone with her son—an incident that drove her family out of their 1800s Victorian house. Jensen now helps people find peace in their homes with TexPart Paranormal, a team of paranormal investigators. Her group also leads ghost walks around the McKinney town square, which they have studied extensively. You’ll find that Jensen has a bit of a different take on the paranormal than others. In her experience, family dysfunction breeds spiritual mayhem.

D Magazine: So what did you think of The Haunting on Hill House?

J.J. Jensen: I think that in some ways it represents a haunting fairly well, of course, from a more theatrical perspective. But about 95 percent of our cases, people come in and say, “Yeah, I’ve got a haunting. I’m scared. I need your help.” What’s happened is, okay, they had something occur. And then they tried to self-diagnose. Got themselves scared, escalated the situation because now you have a lot of fear. Well, I used sage and I used this, and they’re trying to fix it themselves, and it’s just a mess. And then you’ve got the ones that are skeptical and don’t really believe that anything at all is going on, that makes the others mad. And what ends up happening is you’ve got more of a family haunting than a real haunting.

Obsessed with ‘The Haunting of Hill House,’ We Chat Up Dallas Ghost Hunters: Part 2

Robby Rush was just a child when he first delved into the occult. He eventually broke free and dedicated himself to helping others plagued by spirits and demons. When Rush isn’t investigating animal sacrifices in cemeteries or haunted houses in the country, he lives in Mesquite and works as a security officer. He talked to us about his dark past, a run-in with a headless spirit in Anna, Texas, and why Ouija boards aren’t just fun and games.

D Magazine: Can you tell me about your work?

Robby Rush: What makes me different from most paranormal investigators, is I’m an occult specialist. I coined that word back in 1995. I was one of the first people to use that, and people started using that later on after I did. I deal with the occult and the paranormal because I believe, and can prove, that they go hand in hand.

D: And what did you think about The Haunting of Hill House?

Rush: It was true to life in the way of the occult and the paranormal. In fact, the show validated what I’ve been saying all along. Because one of the characters explained that they had found tarot cards and a Ouija board in the house before they moved in, which is from the occult. It validated what I’ve been teaching, that the occult practices brought on the spirits. And then because they were there somewhere in the home, the spirits were not going to leave. They were kind of bound to that area, kind of like a territory.

Obsessed with ‘The Haunting of Hill House,’ We Chat Up Dallas Ghost Hunters: Part 1

Becky Vickers sounds like she could be anyone’s HR manager — her job by day. But by night Vickers heads up BECKS Ghost Hunters (BECKS = “Behind Every Cloud Is a Kindred Spirit”) and has appeared on Ghost Adventures and Ghost Stories on the Travel Channel. The Lake Dallas resident has been studying the paranormal for 37 years, conducts investigations for residential and commercial properties, and hosts tours on Goatman’s Bridge north of Denton. We discussed her startling experience at White Rock Lake, the spirit that followed her home, and the reason you might want to think twice about antiquing. 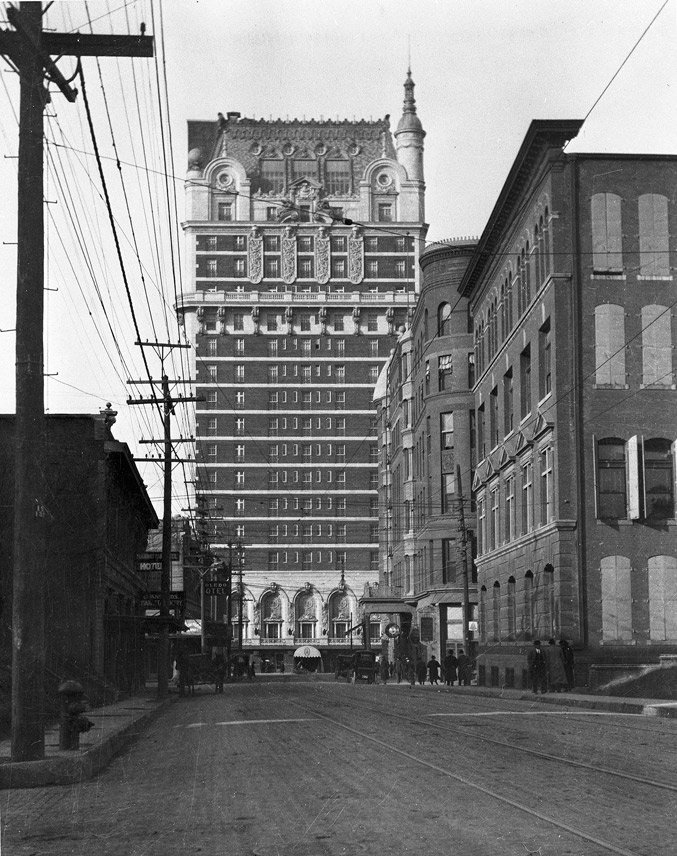 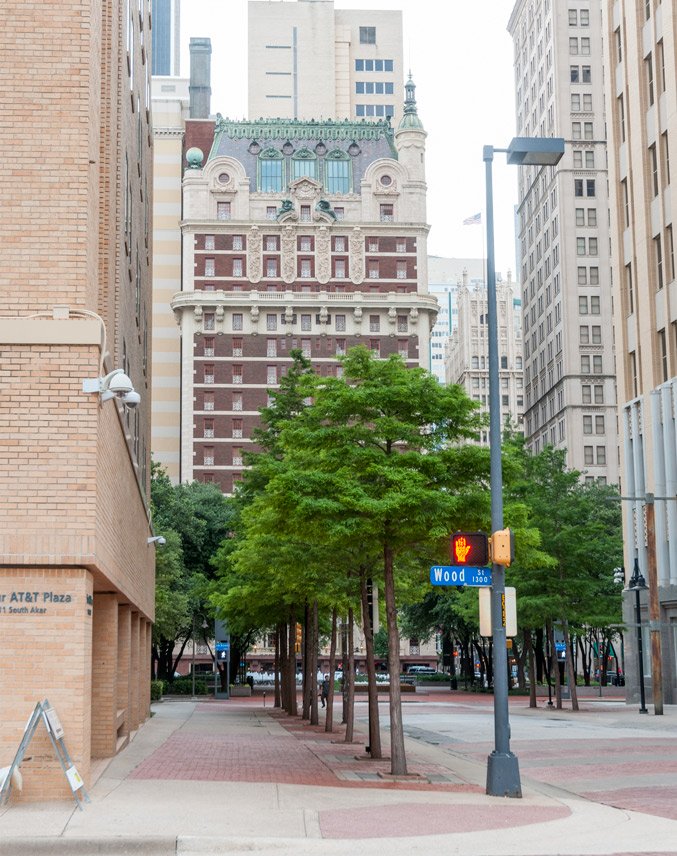 “Akard at Wood Street looking north at the Adolphus Hotel,” circa 1913.

Ghosts of Dallas: Scenes From the Centennial Exposition, 1936

Today we're concluding our series of Ghosts of Dallas images in recognition of the 80th anniversary of Fair Park, which was officially celebrated last month.

I want to stay up-to-date on Dallas’ latest happenings and must-read stories.

A look back at the beginning of the iconic Dallas playground.

How the iconic entertainment venue has changed over 80 years.

Ghosts of Dallas: Hall of State Under Construction

Look back at when Fair Park's Hall of State was a work in progress.

"Titche-Goettinger Building," date unknown. From the Handbook of Texas: "In 1929 [Titche-Goettinger] completed a new store on St. Paul Street between Main and Elm. This grew to become one of the largest stores in the Southwest. Titche retired that year and turned to an investment business. In the 1950s the downtown store expanded into branch stores in suburban areas, and the store name was shortened to Titche's. Titche's eventually sold out to Allied Stores. Allied, which also had purchased Joskeqv's stores in Texas, changed the name of all Titche's stores to Joske's. After being purchased again in 1987, the stores became part of Dillard Department Stores, Incorporated, and were renamed Dillard's."

A look back at the 92-year-old building.