From the strike zone to the stadium walls, art graces the grounds of Globe Life Field. Encircling the stadium are pieces quaint and robust, concrete and abstract. These 18 pieces were commissioned of 14 Texas artists who depicted the character of the state, stadium, and franchise.

Each canvas varies in style, medium, and composition, but each one intentionally reflects the same story of Texas or Ranger pride through different styles. So expect broken bats and lasered-in-half baseballs but also caricatures and abstractions.

“As the Rangers entered into a new era with their new house, [the mural] pays homage to all the different teams that have passed through,” Moton says. 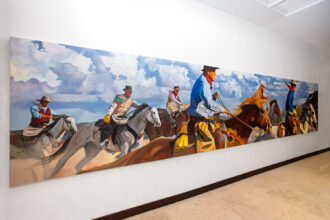 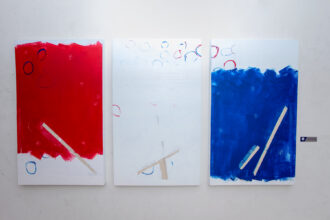 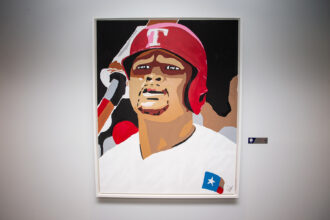 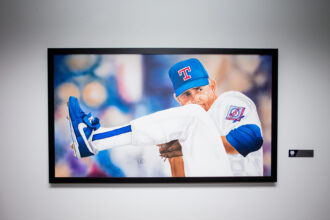 A portrait of Nolan Ryan by Vernon Wells Jr., the father and namesake of the former Angels outfielder who lives in North Texas.

Dallas mural artist Kyle Steed, on the other hand, bled black and white acrylic onto a tucked-away corner in the suite levels to create Living the Dream. “It’s a bird’s-eye, whimsical view of Arlington,” he says. “It’s almost a puzzle or Where’s Waldo-esque map.” Patient viewers will find hidden Easter eggs that include Arlington restaurants, the initials of Rangers icons, and prehistoric creatures. 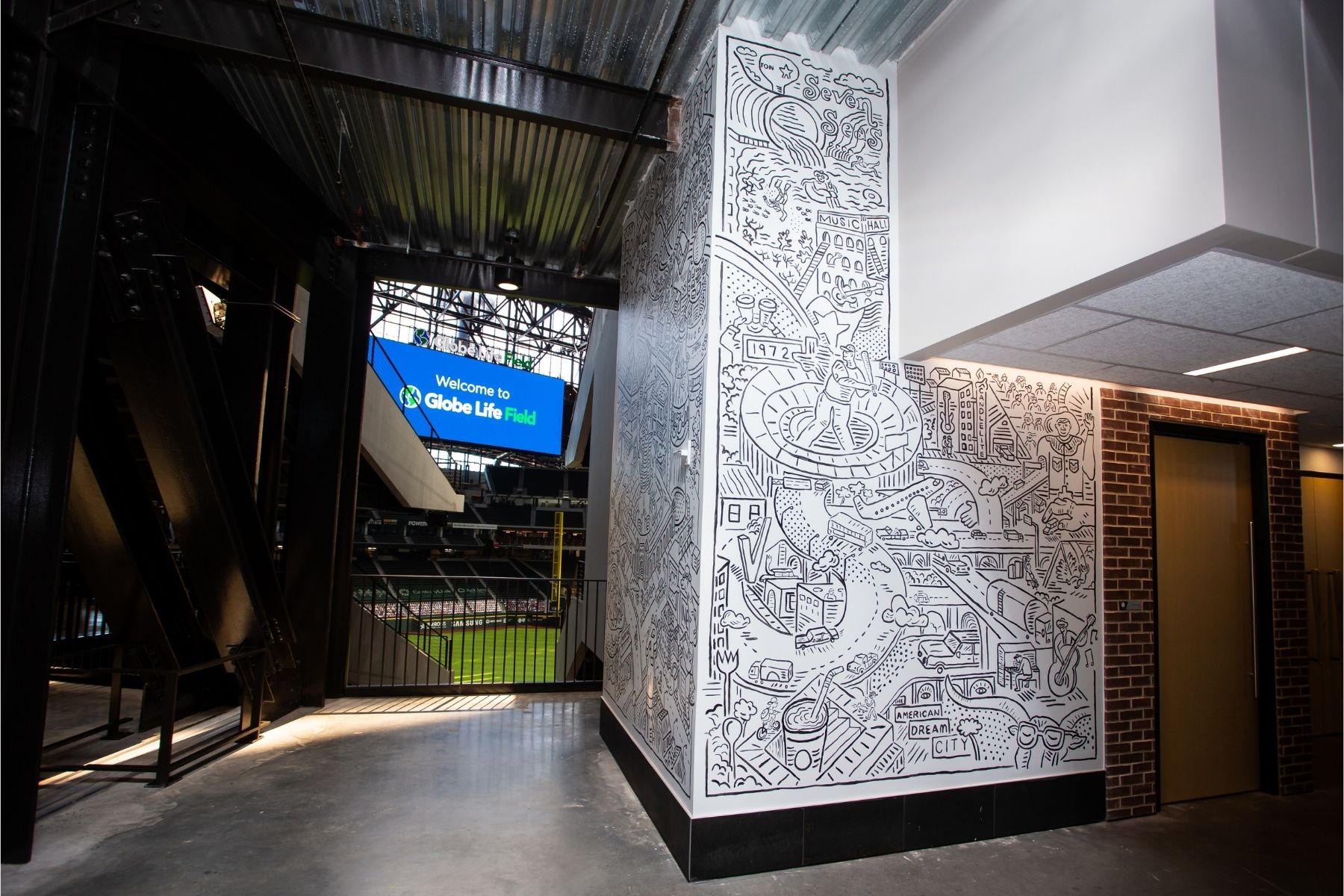 The 14 other pieces scattered throughout the park include works by Vernon Wells Jr. (father of the former MLB All-Star with the same name) and the talented Charlie French, an abstract artist with Down syndrome who hit baseballs onto painted canvases to create Texas Rangers Homerun!

It is not uncommon for a professional sports team to house an art collection—just look down the road at AT&T Stadium. But for the Rangers, the goal is to encourage art by Texans that reflects the history of the team and the state. Says Travis Dillon, the Rangers’ vice president of marketing, “Art only makes sense with a purpose.”